For the Record, Op. 90: Margaret Batjer with LACO; Martin Hayes with Brooklyn Rider

August 8, 2019, 4:55 PM · Welcome to "For the Record," Violinist.com's weekly roundup of new releases of recordings by violinists, violists, cellists and other classical musicians. We hope it helps you keep track of your favorite artists, as well as find some new ones to add to your listening! 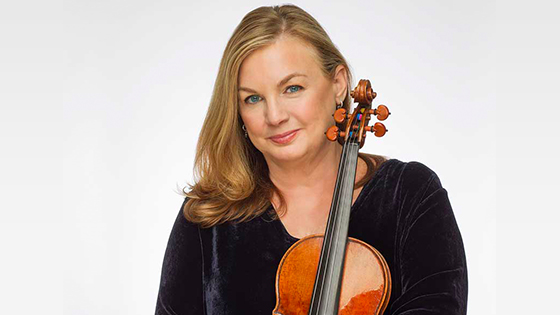 "This record is eclectic - which is a reflection of me," said violinist Margaret Batjer, who has been concertmaster of the Los Angeles Chamber Orchestra for more than 20 years and is the featured soloist on this album of four works for violin and ensemble. It features the recorded premiere of a piece that Batjer helped bring to the live stage in 2018 -- Pierre Jalbert's Violin Concerto. Jalbert's concerto was commissioned by LACO, along with the Saint Paul Chamber Orchestra and Milwaukee Symphony. It also features the well-known Concerto in A minor by J.S. Bach, which was composed around 1730. Batjer also performs Estonian composer Arvo Pärt's famous 1977 piece, Fratres, which was originally written for chamber ensemble "without fixed instrumentation." Last is "Lonely Angel," which is re-worked from a movement for string quartet by Latvian composer Peteris Vasks. The piece was inspired by a particular image: "I saw an angel, flying over the world; the angel looks at the world’s condition with grieving eyes, but an almost imperceptible, loving touch of the angel’s wings brings comfort…" BELOW: Margaret Batjer talks about the new album: 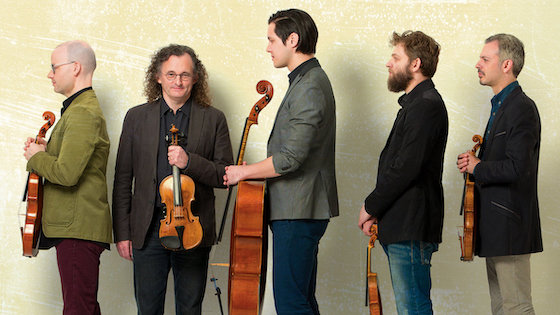 Irish fiddler Martin Hayes and New York string quartet Brooklyn Rider celebrate a decade-long musical friendship with this album that celebrates traditional Irish music. When they first started working together in 2009, it was "an act of faith and a journey into the unknown, because we had no idea what might emerge," Hayes said. Violinist and composer Colin Jacobsen said Hayes was a musician Brooklyn Rider that admired from afar for a long time: "In many ways, he represented to us something essential about music that we sometimes felt was missing within the classical training we were receiving back in school. To me, it is the infinitely varied inflections, and the depth of expression within what could seem like a deceptively simple tune, which make Martin a master storyteller with his instrument." They came up with unique versions of 12 tunes, from well-known traditional Irish tunes to "Maghera Mountain,” which was written by Hayes as a teenager and recorded for the first time here. BELOW: From the beginning of their collaboration, violinist Martin Hayes plays "Irish Meley" with Brooklyn Rider in a performance from 2011, with Eric Jacobsen as the cellist: