August 6, 2019, 11:09 PM · Online applications open today for the third biennial Shanghai Isaac Stern International Violin Competition (SISIVC), which will take place August 4 through 25, 2020 in Shanghai, offering a top prize of $100,000. (Click here for the application) Online applications are due by Jan. 20, 2020 and the pre-submission videos due Feb. 28, 2020. The competition is open to violinists ages 16 through 32. 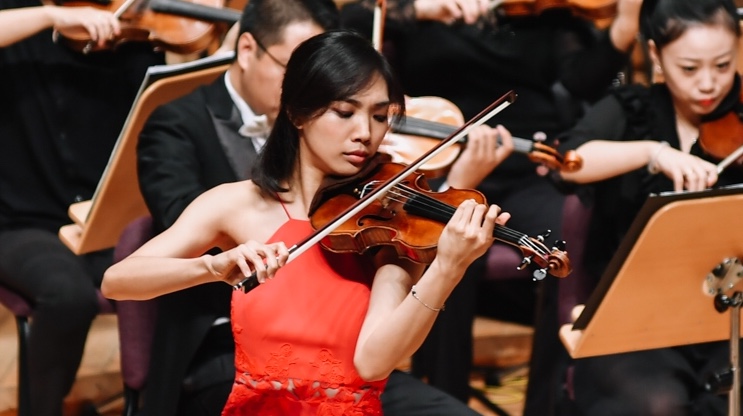 The Competition will mark two anniversaries: the centennial birthday of violinist Isaac Stern, for whom the competition is named, as well as the 30th anniversary of From Mao to Mozart, the Academy Award-winning film that documented Stern's groundbreaking 1979 tour to post-Cultural Revolution China.

"Maestro Stern had long used his musicianship to build cultural bridges and he came to China as the first Western musician since the beginning of the nation’s reform and opening-up," said Fedina Zhou, President of Shanghai Symphony Orchestra and of the competitions organizing committee. "We developed this competition in a way to honor his legacy and to continue his lifelong dedication to fostering talent and sharing music. So, in addition to the traditional Isaac Stern Humanitarian Award, we decided to present this memorial concert."

The gala memorial concert on Aug. 25, 2020 will feature performances by laureates from all three SISIVC editions as well as several musicians Isaac Stern coached in the documentary, including one of the jurors, cellist Jian Wang.

As in past competitions, participants will be required to perform a Chinese work as part of the repertoire requirements. For the 2020 competition, that work will be the newly commissioned Violin Concerto No. 2 by Zhou Tian, who is the 2019-2020 Artist-in-Residence with the Shanghai Symphony Orchestra. Previous Chinese works included Qigang Chen's "La joie de la souffrance" for 2018; and the "Butterfly Lovers" concerto by He Zhanhao for 2016.

The jury for the SISIVC 2020 will be co-chaired by David Stern, conductor and son of Isaac Stern, and Vera Tsu Weiling, Professor of Violin at the Central Conservatory in Beijing and Shanghai Conservatory. Other members of the jury will include Martin Campbell-White, Glenn Dicterow, Emmanuel Hondré, Weigang Li, Ning Feng, Philip Setzer, Hagai Shaham, Joel Smirnoff, Kyoko Takezawa, Maxim Vengerov and Jian Wang. Student-teacher relationships between jury members and participants are not disallowed, but in an effort to ensure fairness those relationships are disclosed publicly, as are all of the scores made by jury members during the competition.