August 6, 2019, 1:25 PM · In an effort to promote the coverage of live violin performance, Violinist.com each week presents links to reviews of notable concerts and recitals around the world. 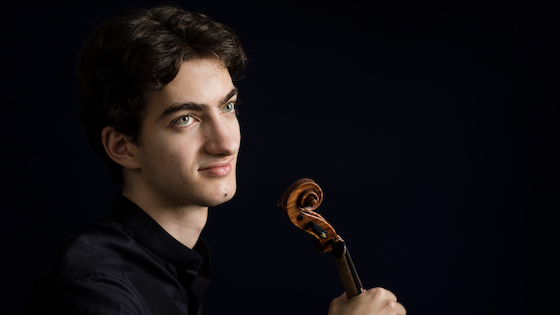 Nicola Benedetti performed Bruch's Violin Concerto No. 1 with the Budapest Festival Orchestra at the Hollywood Bowl.

August 7, 2019 at 03:17 AM · Re ~ Dutch Violinist 'tore into the Armenian-tinged with gusto but with . . . ' I would like to hear portions of Violinist, Stephen Waarts' live performance of a Violin Concerto which has more or less been my concert "Calling Card", since my Los Angeles debut in the Khachaturian w/mighty USC Concert Symphony Orchestra with as great as his friend, Sir Georg Solti, Walter Ducloux, conducting on the podium, providing more than an orchestral accompaniment but a symphonic 'Glove' of mirrored intensity & fire yet ever so moving 'Love Themes' by soloists throughout the red-Fushia score of Aram Khachaturian's Violin Concerto Masterpiece!!!

The Aspen Times critique attracts my interest & despite many pupil's having asked me to teach them Aram Khachaturian's Violin Concerto, I never have excepting 1 of my international pupils whom the Conservatory granted a full tuition, room and board scholarship to, so impressed were we all ~

The rare temperament needed to radiate Aram Khachaturian's 'iced fire' passions amid gravely nostalgic emotive themes of near unbearable beauty are the ingredients necessary to carry all eroticism poured into the Violin Concerto with Orchestra of this deeply attractive, mysterious Exotic figure & person who, by the way, composed with Brio in Spades, even attracting the Fame of Hollywood Movie Star-lore ensconced in a Classical Armenian Frame . . .

Hearty compliments to Stephen Waarts of Holland, whom I'd enjoy making his acquaintance ~

August 7, 2019 at 06:48 AM · The Shaham Prokofiev performance is available for replay on the BBC website for the next 3 weeks.