July 24, 2019, 5:41 PM · On Wednesday the Seattle Symphony announced the appointment of four new musicians to the orchestra, including violinist Eduardo Rios as First Assistant Concertmaster; as well as Luke Fieweger as Associate Principal Bassoon and Will Langlie-Miletich as a member of the bass section. Violinist Sydney Adedamola will join the orchestra for a one-year position in the second violin section. 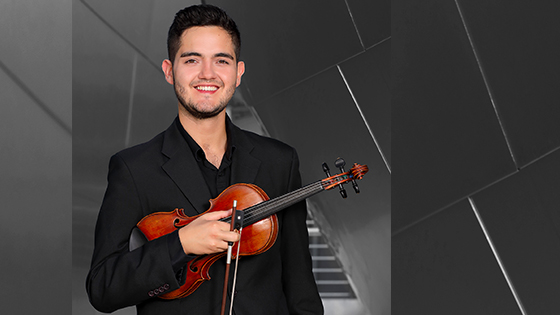 Violinist Rios, who was first-place winner in the 2015 Sphinx Competition, was a Resident Fellow with the Los Angeles Philharmonic prior to the appointment. Born and raised in Lima, Peru, Rios began playing the violin at age 10 and made his solo debut at age 14 with the National Symphony Orchestra of Peru and his U.S. debut in 2015 with the Houston Symphony. Rios studied violin in Peru with Laszlo Benedek at the National Conservatory, and received his Bachelor of Music and Artist Diploma at the Colburn School Conservatory of Music, where he studied with Robert Lipsett.

All four musicians will begin performing with the orchestra at the start of the 2019–2020 season. The Seattle Symphony is led by Music Director Thomas Dausgaard and performs from September through July at Benaroya Hall in downtown Seattle. The orchestra has made more than 150 recordings, earning five Grammy Awards, 26 Grammy nominations, and two Emmy Awards, as well as being named Gramophone’s 2018 Orchestra of the Year.