July 19, 2019, 5:17 PM · Congratulations to violinist James Ehnes, who was awarded the Order of Manitoba on Thursday in Manitoba, Canada. 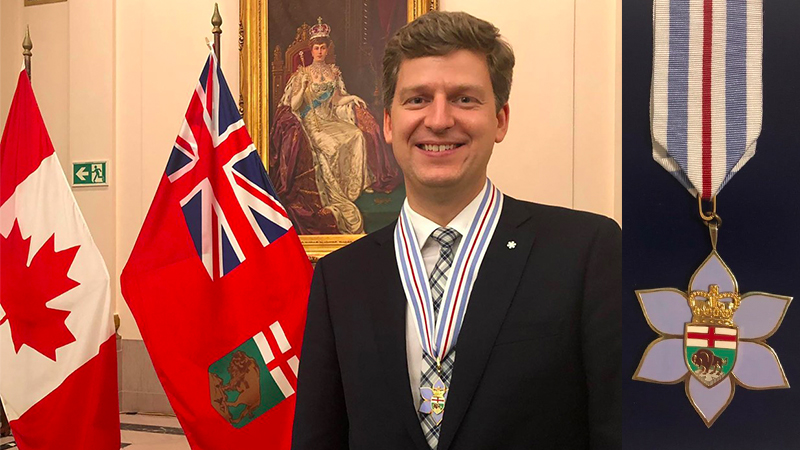 "What a thrill to have received Manitoba’s highest honor yesterday, the Order of Manitoba," Ehnes said on his Instagram page Friday. "I am lucky to be from such a wonderful province and country."

The Order of Manitoba was established in 1999 to honor Manitobans who have demonstrated excellence and achievement, "thereby enriching the social, cultural or economic well-being of the province and its residents." Ehnes, a native of Brandon, Manitoba, was among 12 honorees that included Winnipeg Symphony Orchestra executive director Trudy Schroeder as well as scientists, business leaders, athletes, community volunteers and activists, and two members of the Pine Creek Ojibway First Nation.

This is not the first Canadian honor for Ehnes, 43. He is a Fellow of the Royal Society of Canada, and in 2010 he was appointed a Member of the Order of Canada.

Ehnes, who recently won two Grammys for his recording of violin concertos by Aaron Jay Kernis and James Newton Howard, is a popular soloist who has performed in more than 30 countries. During the 2019/20 season he will be Artist in Residence with the Dallas Symphony Orchestra, and he also serves as Artistic Director for the Seattle Chamber Music Society. Ehnes plays the 1715 "Marsick" Stradivarius.

July 20, 2019 at 01:30 PM · Manitoba? Is that near Saskatchewan? My James Ehnes "story" is that I listened to his album of encores and there was one that I used to play (of course not nearly as well) called the Obertass Mazurka. That gave me the idea to revive it!

July 20, 2019 at 02:55 PM · Ehnes is in the top echelon of contemporary players, and rivals all the old masters for clarity, precision and musical expression. His list of recordings grows and soon he'll have all the significant masterworks available.....one 'knock' might be his left arm position....but then Perlman's left thumb is not to be copied...