July 9, 2019, 11:50 AM · In an effort to promote the coverage of live violin performance, Violinist.com each week presents links to reviews of notable concerts and recitals around the world. 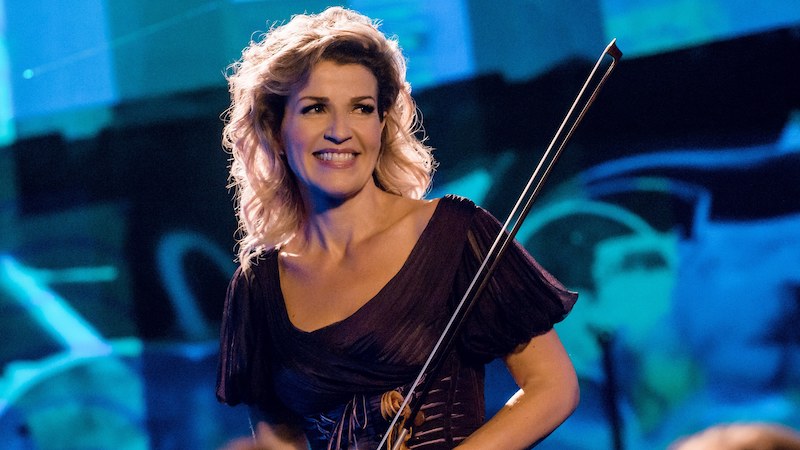 Jenny Gregoire performed Mozart's Concerto No. 4 with the the Eastern Festival Orchestra.

July 9, 2019 at 06:36 PM · Can stand reading critic reviews . Just makes us classical musicians seem more snobbish than we actually are.

As 71.208.69.7 wrote, followed by Paul Deck, I think parts of both 'Reviews' above are 'Nose in the Air' Dribble excepting one Critique from "Mass Live", describing Great Violinist, Anne Sophie Mutter, not wishing to let the final sustained note of her now late former husband, Andre Previn's, Violin Concerto for 'Anne Sophie' "Go." ~ I've no doubt Ms. Mutter could not & did not want to Let go of Any Musical Notes. i.e., translation = to not let emotions go or slip away as these Notes/Emotions were expressions of the most intimate & deep rooted feelings a husband can feel for a wife let alone a prolific Composer, Andre Previn, for his World Renowned Violinist adored wife. Someone from The Boston Globe "got it" ~ truly understood some of what was Real and Happening during Ms. Mutter's Live performance ~ This, folks, is worth printing in any major newspaper, but dribbled cynicism is Way Off Limits, especially at this poignant time in Violinist, Anne Sophie Mutter's, Life ~ Her Grief, intertwined within the Previn Violin Concerto Anne Sophie, composed for her, his beloved wife, Must Be quietly respected & in-the-heart affirmed minus any critical sarcasm ...

Btw, Prokofiev's First Violin Concerto in D Major, premiered early in the Twentieth Century by Joseph Szigetti, to be later followed by my mentor, Nathan Milstein, who brought this first vibrant & dazzling Violin Concerto from black & white (Szigetti) to Nathan Milstein Technicolour w/a devil's wizardry + glorious musicality w/his Milstein Sound, which stands Alone & Above All in interpretation & Mastery as the Greatest Recording of Sergei Prokofiev's Violin Concerto # 1, (Nathan Milstein, violin w/Carlo Maria Giulini Conducting the Philharmonia Orchestra/ London), Mr. Milstein did share his 'views' on this Great Violin Concerto w/me & his extraordinary bowing making child's-play of devil webbed wicked passages in the Scherzo 2nd mov't.! Giulini was masterful with inserted extraterrestrial rare sound effects in the again Dazzling orchestral accompaniment which weaves an orchestral laced Back-up to enhance Mr. Milstein's hypnotic wizardry - cutting as a knife through the orchestral backdrop score accompaniment yet fused into it as well ~ All younger violinists should study this recorded performance very carefully to learn from Nathan Milstein's Mt. Everest Standard! Thank God the Milstein/Guilini/Philharmonia Prokofiev #1 & #2 (opposite side) Milstein/ Fruhbeck de Burgos/Philharmonia Orchestra, is preserved for all & posterity on the EMI Label ~ Both are Historic Beyond!

*The Aspen Times review touches on this re a young violinist who "dug into the rougher sections, but not hard enough to realise the potential of the contrasts ..." I can authentically say that the Scherzo in Prokofiev #1 won't fly/'Take Off' unless all definitive Milstein bowing technique/s are fully embedded into a Violinist's Bow Arm 'Toolbox.' Nathan Milstein possessed an uncanny bow arm unique in every imaginable & unimaginable way but unless blessed to be 'baptised' as his first 'Guinea Pig' private artist-pupil at Chester Square, SW1, in London, one's chances to dazzle-perform Prokofiev No. 1, are slim at best ~

More in a Piece about artistic insights gleamed from my 'other' mentor, Nathan Milstein ... (by Elisabeth Matesky ~)

Not intending to penn such a lengthy Reply, this has taken on a life of its own due to my having Lived it & Own it experiences as a re-ignited/liberated concert playing artist-pupil of Icon of the Violin, Nathan Milstein ~

Blaming the subject of reviewed Prokofiev Violin Concerti, etc., for my involved response, realise both Masterworks were ideal Musical Marriage Repertoire for the Master Violinist Equal of Jascha Heifetz, the Great Nathan Milstein.

As an un-named Contributor wrote, Critics 'make us look much worse than we [soloists & orchestral Pro's] really are' ... There exists an 'air' of sabotage circling the Globe, defying the Art of Goodness = veteran status of proven Musicians who 'be older' than some less known performer's who might think winning a violin competition or more, grants a right to belittle Classical Music's Performing 'Veteran's' ~ Knowingly, I Protest & RX a required in-depth study & learned knowledge of regal artistry by those who tear at Greatness yet haven't travelled Artist's Road's much less travelled ...