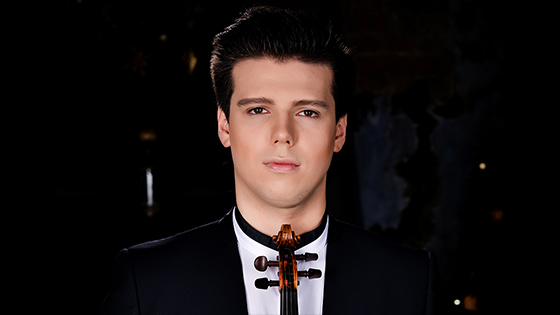 Violinist Sergei Dogadin, 30 of Russia.
The violin division of the competition took place June 18 through today in the Small Hall of the Moscow State Tchaikovsky Conservatory, with 23 contestants. Here are the top placements:

BELOW: Listen to part of Sergey Dogadin's Final Round performance. (Listen to full violin performances by clicking here). 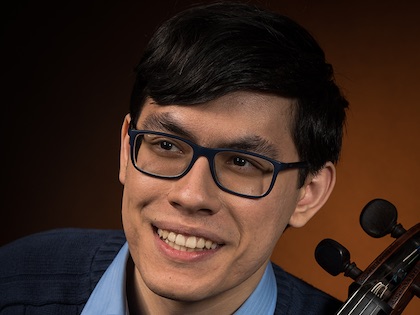 The cello division of the competition took place June 18 through today in the D.D. Shostakovich St.Petersburg Academic Philharmonia, with 25 contestants. Here are the top placements:

Find the winners of the piano, woodwinds, brass and voice divisions listed on this page.

The winner of the Grand Prix of the Competition will be announced Saturday during the gala concert of the laureates in St. Petersburg, which will be held at the New Stage of the Mariinsky Theatre (Mariinsky II).

The regulation banned Jury's student from the competition. Should the committee say something about this?

June 28, 2019 at 08:22 AM · I've been following Marc Bouchkov, who ranked second here, for a while already. He really rocks! Go hear him, he has developed a highly individual style and sound.

June 28, 2019 at 01:40 PM · Dogadin was great..but I think the third prize winner, Donghyun kim was also amazing as well. But I find that Tchaikovsky violin competition has a tendency to give the first prize to Russians or Europeans mostly. Furthermore, the incidents that happened to a Chinese pianist and Donghyun Kim were very disappointing. I personally think that these incidents were on purpose

June 28, 2019 at 03:52 PM · The first two prizewinners were great players, but Donghyun Kim was on another level. Props to Bouchkov for writing such a weird cadenza, but also, really weird cadenza that Bouchkov wrote.