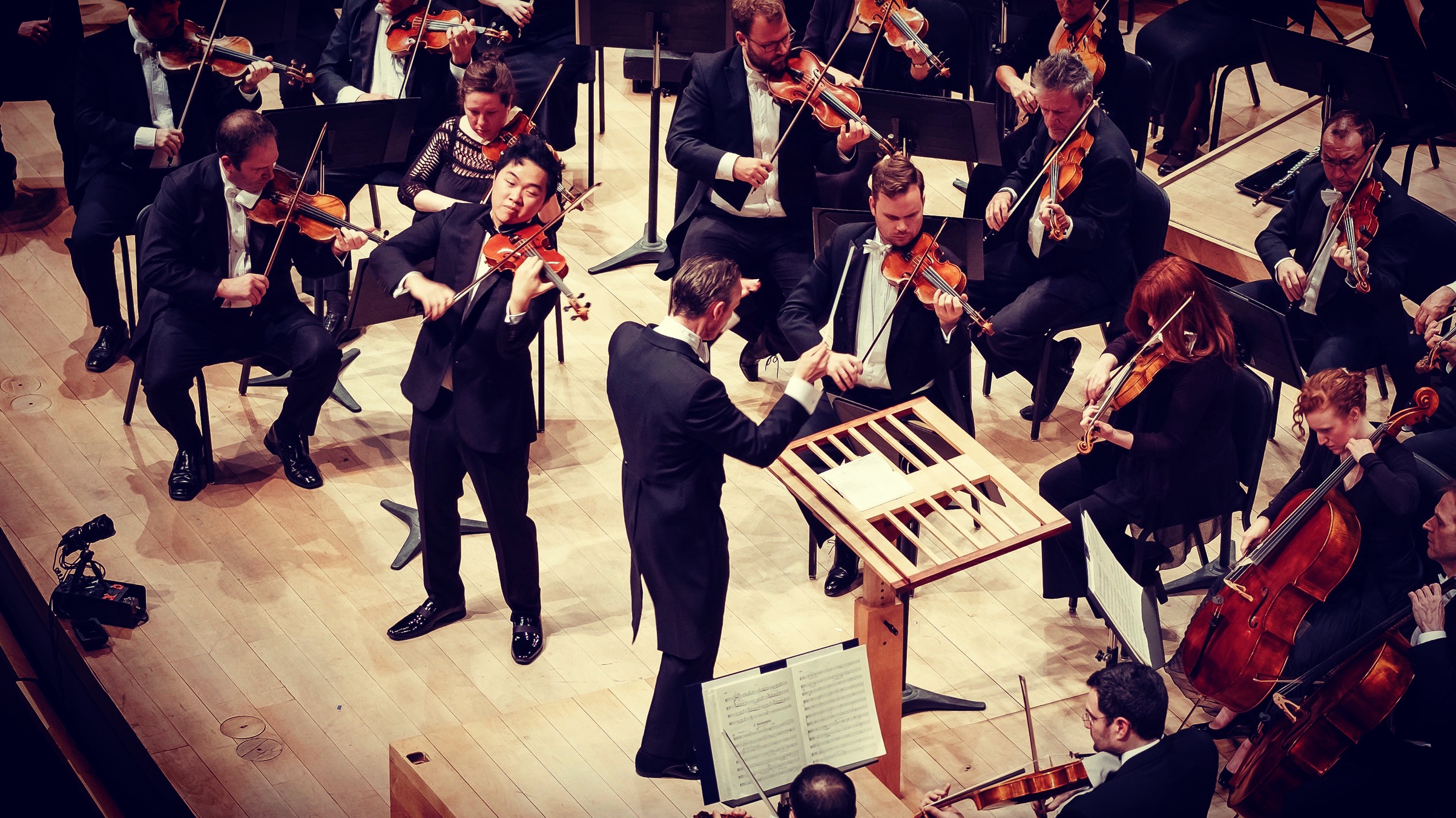 Hao Zhou performs in the Finals of the Montreal Competition.

Laureates were announced on Wednesday night; here is a full list:

As First Prize winner, Zhou also will receive a career development grant of $50,000; a violin and bow handmade by the Maker's Forum, valued at $20,000; an artist residency at Canada's Banff Centre for the Arts; and a concert engagement at the New Generation Festival.

First-prize winner Zhou studies at the Colburn Music Conservatory with Martin Beaver, having previously studied with Aimee Kreston, Danielle Belen, and Henry Gronnier. Zhou is a laureate of the 2015 American String Teachers Association National Solo Competition, and has received top prizes at the Dorothy Chandler Spotlight Competition, the Downey Young Artists Concerto Competition, Edith Knox Performance Competition, as well as the Torrance Concerto Competition. As a violinist in the Viano Quartet, he won the Silver Medal in the 2018 Fischoff Chamber Music Competition as well as Third Prize at the 2018 Wigmore Hall International String Quartet Competition. As the former first violinist of Quartet Firenze, Zhou won the Bronze Medal in the 2014 Fischoff National Chamber Music Competition. For the Montreal competition, Zhou performed on a Carl Becker violin made in 1936.

BELOW: Hou Zhou performs Shostakovich Violin Concerto No. 1 in A minor, Op. 77 with the Orchestre Symphonique de Montréal, in the Final round:

June 7, 2019 at 08:55 AM · Brava! An outstanding performance of a tremendous, difficult piece. A well deserved honor.