May 14, 2019, 7:40 PM · In an effort to promote the coverage of live violin performance, Violinist.com each week presents links to reviews of notable concerts and recitals around the world. 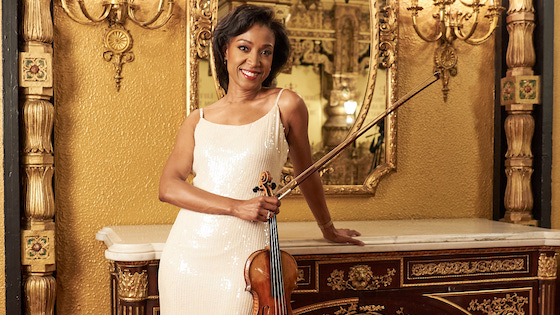 Emmanuel Tjeknavorian performed the Sibelius Violin Concerto with the National Symphony Orchestra(stepping in for Renaud Capuçon, who was ill).

The Attacca Quartet performed works of Caroline Shaw from their new album, Orange.

Alexi Kenney performed Dvorák’s Concerto in A Minor for violin with the Omaha Symphony.

May 15, 2019 at 01:16 AM · "Behind firewall" -- with many online newspapers what you can do is click on the link, and while the story loads, press the "stop" (X) button in your browser. You can often catch the story before the "you've used all your free articles" alert comes up. Works especially well with NYT.

The review described Barenboim as an "ardent soloist" and praised his "ornate cadenzas."

May 18, 2019 at 02:41 PM · I attended an open NSO rehearsal prior to the concert in which Tjeknavorian played the Sibelius. He was incredibly good. Why have we not heard or seen him before this?