The consensus is that violin-making has reached a new "Golden Era," as makers have elevated the art over the last half-century by sharing their "secrets," working together and doing modern research on old instruments.

But the real test is: How do these instruments sound? I had a chance to hear 35 modern American violins in April, all played by violinist Cho-Liang Lin, in a demonstration that took place at Metzler Violin Shop in Glendale, Calif. -- see below for video from the event. 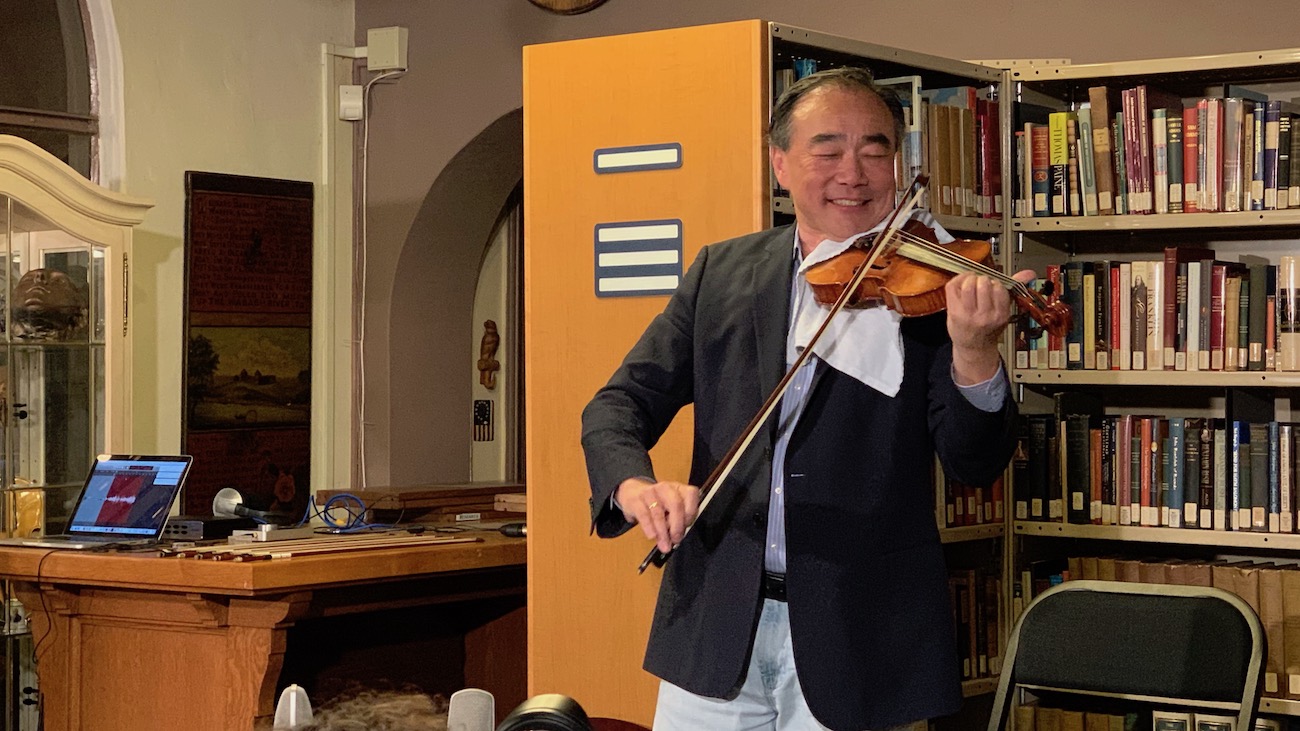 The demonstration was part of a three-day Contemporary American Violin and Bow Makers exhibit and demonstration, in which more than 80 violins, violas, cellos and bows were shown. The instruments will remain available at Metzler for trial and sale through May.

There were also demonstrations of cellos by Lynn Harrell; and the viola by Richard O'Neill. Each of these artists has expressed a lifelong interest in fine instruments, both antique and contemporary, and has cultivated expertise in the area. (Check back, we will also post demonstrations of the cellos and violas).

"I grew up thinking that only the great Cremonese makers were 'it,'" said Lin at the beginning of the demonstration. Lin plays on the 1715 "Titian" Stradivari violin but "I'm a big fan of contemporary violin makers." After witnessing many comparisons where fine antique Italian violins were played alongside violins by modern makers, Lin found that the moderns can "go up against the very best, and they hold their own."

The focus of this trial was American makers, from the United States, Canada, Mexico and even a few from South America. "Some of the greatest instruments are being made right here in America," said Tom Metzler. The violins ranged in price from $8,000 to $38,000.

Below are videos that show Lin playing all the violins in the demonstration, put together with help from Metzler Violins. I hope this helps familiarize you with the names of contemporary violin makers and allows you look into any that spark your interest. Click on any of these names to go directly to the luthier's website.

Lin told us that he aimed to play in a fairly neutral way for the demonstration, neither pushing nor holding back. "When I feel the violin responding, I will respond," he said. If he were testing a violin for himself, he would push it all the way to its limits and beyond, just to see where that threshold is.

Did you have any observations about the violins which you can share?

May 13, 2019 at 01:51 AM · That's pretty heroic to play so many violins like that. I can imagine both mental and physical fatigue. What kind of stamina that man must have. (In addition to quite enviable tone and vibrato.)