April 18, 2019, 10:11 AM · Lately I've been trying to get back into shape with my running, and it's reminding me how much discipline it takes to get back in shape with anything, violin included. 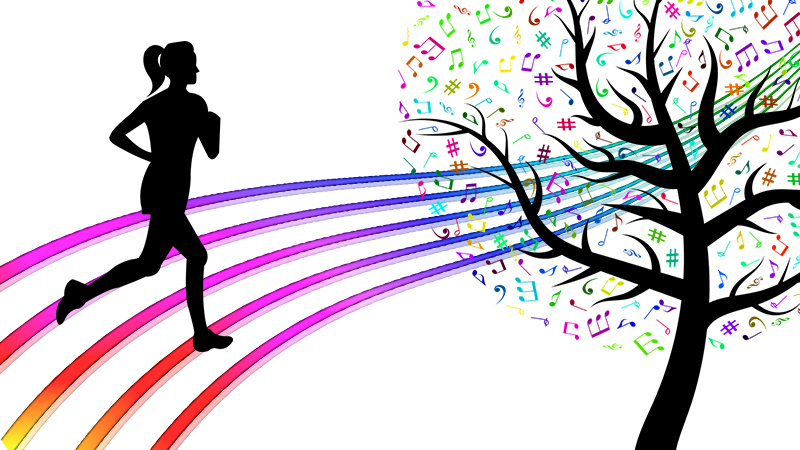 Let me start with a nice success story: last year my daughter invited me to run a 10K with her -- the Bolder Boulder in Colorado, and naturally I said, "Of course! Yes!" I was just excited she asked me. Then I realized, I've never run farther than 5K. Hmmm. This run is at altitude, too. And, I'll be running with a 20-year-old.

Feeling the pressure, I trained. I ran nearly every day, built up to four miles, over the course of several months. When we did the run last spring, I felt fantastic: good training and good luck came together, and I had a great day and made it to the end. Not only that, but the whole process made me feel strong and fit.

I went home, feeling strong and fit. I got busy with work, and didn't really run as much. Winter came, and running became inconvenient in the cold. The less I ran, the less it seemed very appealing. I still felt pretty good, but the feeling was fading.

Then one day I realized that I had not run in quite some time. The weather was nice again, I should run again! So I ran three miles without stopping, as has been my routine for many years. Except, I had not been doing it routinely of late. The day after my exuberant efforts, the pain arrived. Somehow I seemed to hurt all over. I couldn't sleep, even. Why does it hurt so much? I'm a lifelong runner, I've been doing this since I was a kid! I must be out of shape! But is there any hope for getting back into shape? Was running just going to make me injure myself now?

At a rehearsal, I asked my dear violist friend Carrie Holzman-Little for advice. Carrie also happens to be my hero, when it comes to running -- she did her first race just before her 50th birthday, and now in her 60s she regularly does long races and even Ironman races. (Read this blog if you want to be inspired!)

"I'm trying to get back in shape with running, and get my muscles strong again. But the pain is so bad, I wonder if I'm just injuring myself. What can I do?" I said to her.

"Run for two minutes, then walk for three minutes," she said. "Do your whole run that way, for about two weeks."

Wait, what? Two minutes running, three minutes walking? That sounds like more resting than running! Is that really going to "count"?

"It might drive you a little crazy, doing it that way," she said. "But you'll get your muscles back and you won't feel so sore."

So I tried it. It did drive me crazy. It's much easier to just put everything on auto-pilot and run than it is to stop and start a zillion times. But it worked. I'm continuing to do it, and I'm in a lot less pain. I'm also feeling stronger.

But let me get this straight: in order to get stronger, to go farther, to do better, to improve -- I actually need to rest more?

It looks like I can't just hit the auto-pilot button and expect results. I have to be more devoted, to carve out time to "practice" on a regular basis, without taking long blocks of time off. And within that practice, I have to disciplined, to consciously do spurts of intense work, followed by less intense, until I'm strong enough to handle more.

Does this sound familiar?

Applied to the violin, it means practicing regularly -- not suddenly practicing one day for six hours. It means accepting limitations: making reasonable goals and working within them. And it means accepting that yesterday's achievements are not going to count for today's practice. Nothing is going to run very well on auto-pilot.

In the end, it involves a lot of persistence and devotion for results that happen little by little. But those results -- they do add up.

April 18, 2019 at 06:17 PM · That's Jeff Galloway's run-walk method, sampled at one spot along the continuum. Worthwhile even once you can run at a good clip for some distance!

April 18, 2019 at 06:40 PM · I see parallels to my own experience. Although I'm more than fit for it, I'll leave the running to you and your daughter and violist friend. I was a child prodigy of long-distance walking, though, and have never given it up -- now a split system of three sessions a day, about 20 minutes each. I do this every day and work out 4 days a week.

After a break from playing, I get back into the violin routine with short practice sessions, about 20 minutes, for the first few days: starting with bow-arm exercises, then alternating basic left-hand finger gymnastics and vibrato exercises -- sort of like alternating running and walking. This gets the muscles pumped up and gives them relaxation intervals between intense drives. Once the left-hand fingertips are toughened up again, after a few days to 1 week, I can practice and play again for about 90 minutes at a stretch.

April 19, 2019 at 04:30 AM · The metabolism of the small muscles is the same as the large muscles. When stressed at max. capacity they use up available oxygen and glucose faster than the blood can replenish it. So, the "run-walk" analogy is valid for us. My worst experience to date was doing doing the Viola part for Mendelssohn's Elijah; constant scrubbing away at background stuff without any rests. It took a long time to recover.

I don't think I ever want to do a Wagner Opera.

April 19, 2019 at 03:17 PM · I don't run, but I have had an experience like this doing push-ups. About 5 years ago, I was in a group of friends who were going to work our way through the "100 push-ups" app. I couldn't do any push-ups at the time and I thought it would be interesting to see how far I could get.

We started as a group of about 15 healthy middle-aged women interested in getting stronger. But the app didn't seem designed for most of us. It started slow but then pushed most of us too hard, too fast. One by one, we started modifying the program or quitting. Some (like me) switched to doing push-ups from our knees. One got a shoulder injury and dropped out. Others plateaued, or got bored/tired and quit. To my knowledge, only one of the group ever finished the app and did 100 full-body pushups in a row. And she is a bodybuilder who has won competitions and runs her own fitness website.

But, >5 years later, I'm still at it, and I can now do 52 full-body pushups in a row. I stopped following the app and instead went at my own slow, incremental pace. I did the number I felt comfortable doing and didn't move on to more until I was really ready. I also made a schedule that I could live with, of doing it twice a day, 3X/week, MWF. And I allowed myself slack within that schedule. If I missed a session, I would just make it up another time, during one of my scheduled off days. Sometimes I spent months at a particular level. (the 30's were particularly slow, as I remember, and the 50's are also pretty slow. For some reason the 40's went faster).

I may or may not ever get to 100, but I wouldn't count myself out. I'll check back in another 5 years.

While I agree with the overall points made by this blog, for me "autopilot" doesn't really figure into it one way or another. The most important aspect of it is going at my own pace and ignoring arbitrary goals and standards set by others, even others who I might respect or admire. And that definitely applies to how I practice my instruments as well.

How do long distance runners do it? -each individual muscle only fires for a small part of the stride cycle, so has time to recover. "Hitting the Wall" for the long distance runners is something else. That is when the glucose (blood sugar) supply from the liver, blood, small intestine is completely depleted, and the liver has to switch to processing fat. That chemistry is too slow to keep up with the demand and has toxic (acetone) byproducts. It's a dangerous condition, as the brain and heart need a constant supply of glucose.

April 21, 2019 at 03:56 AM · I wrote some software to help me manage my practicing. I needed to. Now I can track time practiced, items practiced, what's left for me to do, organize things based on every day, even days, or odd days. Make notes to myself, etc.

My practicing, though still disjointed SEEMS to be edging up in time spent per day. Longest I go at a stretch seems to be 4 minutes or so, but I'm logging over a half hour per day now. Was only 5-10 minutes before, if that.

Also built a practice area. Just think, I could have spent all that time practicing instead. ;-)

April 24, 2019 at 11:33 PM · I use this method a lot when it comes to playing my violin because I was in group that memorized our music to play for different places. This helped me to memorize parts of the songs that I struggled with and the whole show in general better than if I would have tried to do it all at once.