April 6, 2019, 9:04 AM · In 2013, violinist Hilary Hahn brought to life 27 new encores for violin, each by a different living composer. Today she releases the sheet music for all of them -- In 27 Pieces: the Hilary Hahn Encores: Violin and Piano, a collection published by Boosey & Hawkes that includes Hahn's own markings as well as style and performance notes. 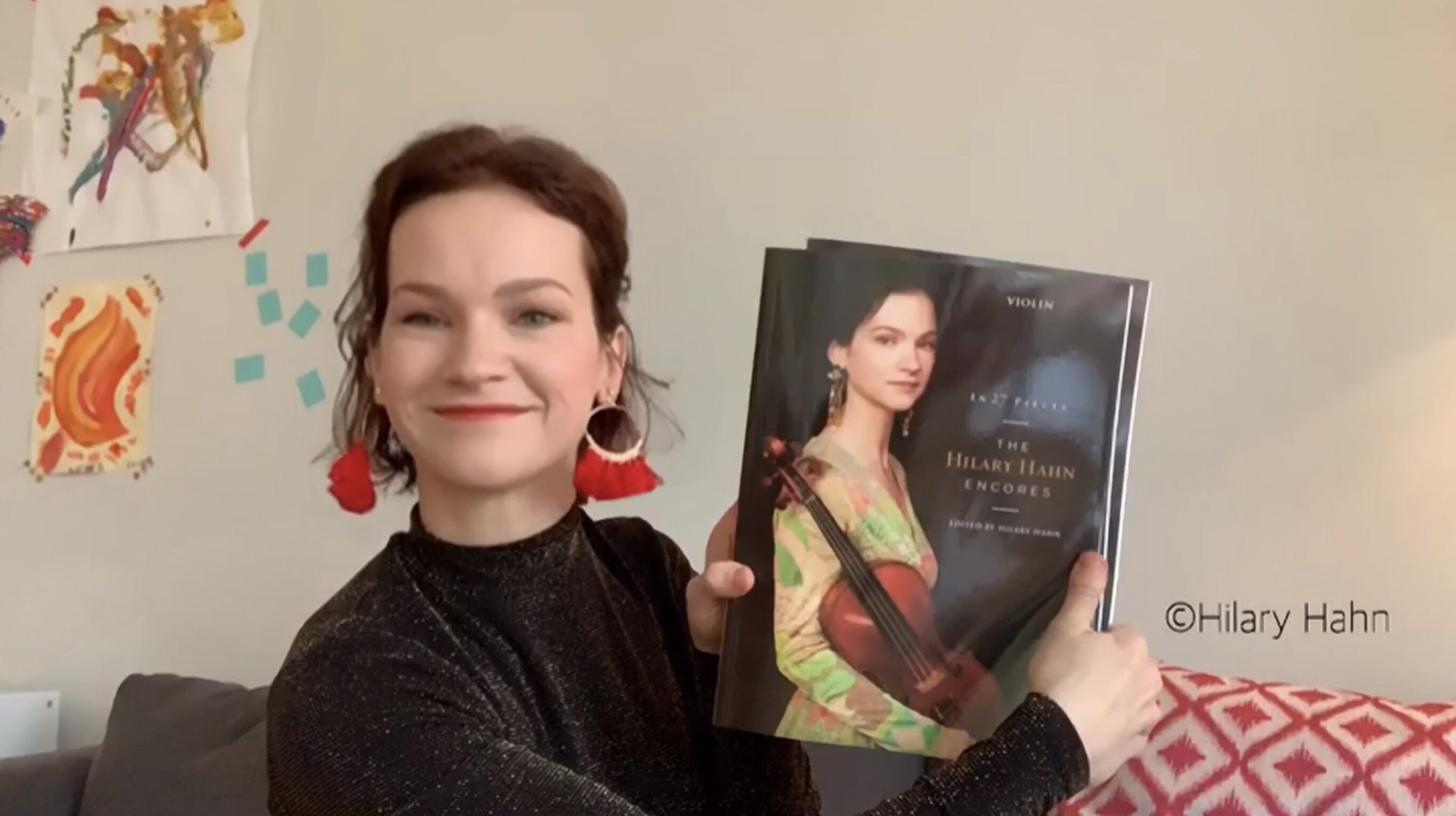 "My goal was to make it as easy to begin as possible, and also as easy to get answers as possible," said Hahn, speaking over the phone last week about the years-long project of getting the encores into print. "I hope that violinists enjoy playing these pieces." 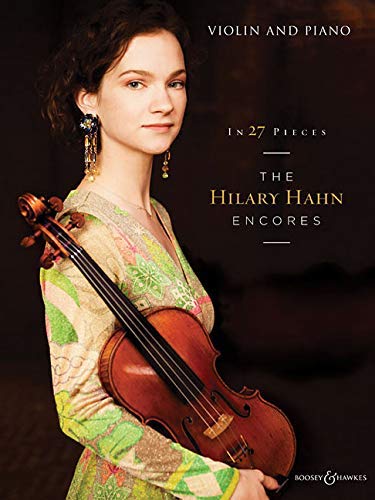 In 27 Pieces began with Hahn's goal of creating more short-length pieces for violin, as well as creating a showcase for contemporary music. She started by cold-calling composers that she admired, and in 2011 she officially commissioned 26 composers to write a short-form piece for violin and piano for her. She also held an online contest -- which attracted more than 400 submissions -- to choose a 27th composer.

Hahn has been working on this edition ever since she finished recording the encores in 2013 with pianist Cory Smythe for the album In 27 Pieces: the Hilary Hahn Encores. When is comes to the sheet music, each of the pieces looked very different when she received them from the composers: some where handwritten, some were printed out. Some had specific instructions or special symbols, and others were more general in their language. One -- Kala Ramnath's "Aalap and Tarana" -- even had an entirely improvised piano part. How do you get that all into one consistent format for a book of sheet music?

"Having that many different composers in one volume, that probably posed the biggest set of challenges," Hilary said. "Every composer's music looks different, so it took a lot of work to make sure that, when the music was placed in the format, there weren't typos that found their way in through incompatibilities in the software programs, or that a slur reached everywhere it was supposed to reach. We had to make a lot of stylistic decisions that applied to all of the pieces, and every format decision we made had to work in every piece. So there was a lot of trial and error."

For example: "There's a piece by Somei Satoh called 'Bifu,' and it doesn't have bar lines," Hilary said. "So it would be standard to write in some bar lines and give some rehearsal numbers." But the composer very intentionally wrote the piece with no bar lines. "He wrote everything extremely tidily, in his own handwriting," Hilary said. "The way he lives his life and his whole concept of art -- it just doesn't work to add bar lines. It completely goes against his way of doing things. So that is an example where we decided not to go with the house style."

She also had the challenge of conveying certain performance notes that weren't written down in the first draft of a piece but were learned through the process of working with the composers and performing the pieces. "How do you explain things that the composer indicates, but didn't explain in detail, something the composer talked me through and then coached me through -- in a footnote, to everyone who is reading the music? Trying to remember all those things and clarify them, using industry-standard wording where possible, was also a challenge."

It was always her intention to create a printed edition of all the encores, so "I was taking notes, always trying to keep my own part as clean as possible so that I could lift the bowings and fingerings from them and put them on a clean score to send it off to be printed," Hahn said. "I did keep revising after the recording and after I had toured everything extensively. Then I felt like I knew what my fingerings and bowing were."

When she was ready to put everything into print, she faced a new problem -- what to leave out? "I'm a person who tends to write a lot of markings in my music, or at least I used to be. When I saw a draft come back, and it was all typeset, I realized that I had too much information in there. The fingerings were getting in the way, all of the things that I used to write into my music just didn't translate well in a printed version. So I went back and edited out a lot that I'd put in. It took about three drafts for me to feel like I had only what was essential."

And what was essential?

"I figured something was essential if it helped a performer play the piece with more ease or if it helped them play the piece better; something that could be a shortcut. If that was the case, I provided that information," Hilary said. "If it it was a fingering that's specific to me and not really necessary for everyone else, I left that out. Of course, there are a lot of things that are very specific to how I play; things that seem important to me. I was selecting based on my value system. But I think I did a pretty good job of weeding out everything that was getting in the way and keeping things that would be helpful. It took a while!"

"I wanted people to be able to learn something, no matter what their goals were," she said. Hilary also wanted to make sure that a student or teacher who had not played a lot of contemporary music would find this music approachable. "We put a lot effort into making things clear and accessible for someone who does not have prior knowledge of contemporary music. It's eye-opening in that sense: when you can play new music and expand your repertoire without feeling intimidated, then you feel so much freer, like you can access anything. You can play music from today, and you can play music from 300 years ago -- it's all just music.

April 7, 2019 at 04:24 PM · Noble project....not sure they'd be apt encores following a performance of the Big 7 or 8 concerti....audiences are used to something either spectacular, pensive, familiar or BACH, which speaks for all the preceding.

April 7, 2019 at 10:22 PM · I think that’s exactly the point, to provide some appealing and well-crafted alternatives to the “expected.” I’m sure she’ll still play Bach encores when it feels right!

April 8, 2019 at 06:47 AM · Traditional and audition pieces have their well established and honored settings. Miss Hahn is accomplished and delightful. She is magnanimous in her encouragement of other musicians. She has earned the right to place her own stamp on the art. I am not surprised that she inspired beautiful compositions in her effort to coax lesser known works into the light. Thank you for the nice article!

April 9, 2019 at 02:22 AM · Wonderful article, Laurie, and such a worthy project! What better way to showcase these composers than by getting some of their shorter works out in encore form! Thanks for bringing this to our attention.