March 19, 2019, 1:05 PM · In an effort to promote the coverage of live violin performance, Violinist.com each week presents links to reviews of notable concerts and recitals around the world. 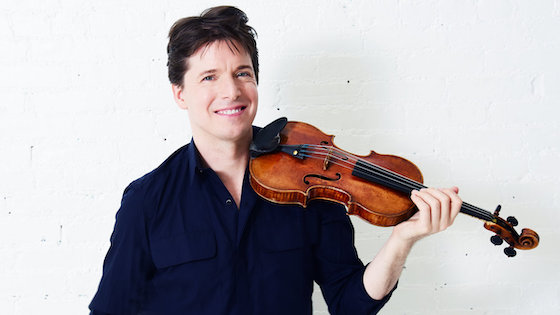 The Pavel Haas Quartet performed in recital in Sarasota, Fl.

March 20, 2019 at 11:54 AM · Tetzlaff review statement to ponder:" who began his career as a brilliant but expressively constrained performer, plays like someone with increasingly fewer hoots to give." Sincere question about this: was this the path of Ivry Gitlis or do I really not understand?

March 20, 2019 at 07:41 PM · Yes, it IS a positive thing for the pros. I am, however, still working to get to a reasonable player, so I still have to give a load of hoots . But I love seeing the risk-takers. Since I am already old, I may never get to the part where I have that freedom. ;-)

March 20, 2019 at 07:44 PM · Yes, the freedom and joy is a positive thing. But they are already skilled and know where they can fly. I am already old but still have such a long way to go that I have to give a LOT of hoots yet. But it was a funny comment. ;-)

March 21, 2019 at 11:49 AM · Having lived in Indiana for almost as many years as Joshua Bell myself, I usually take at least a passing interest when I see a review of his performances. He has fabulous technique but can’t he play anything except the most popular concertos, short encore pieces, and The Meditation?

This week I enjoyed a concert by the three medalists at last years International Violin Competion of Indianapolis. Naturally each of the three played challenging virtuoso pieces but overall it was a meaty concert with a minimum of fluff. It began with a 17 year old high school student from Tokyo playing the Bach d-minor Chaconne. I was especially glad to hear the Prokofiev second sonata on the program. I thought it unusual that there was no Paganini on a program of this sort but it turned out that there was an encore, a transcription of Paganini’s 24th caprice for three violins.

March 21, 2019 at 06:03 PM · Glenn, that sounds like a great concert! I have to come to Josh's defense, though, he plays all kinds of stuff! But probably a lot of reviews are for performances where he is playing the standards. He's still the guy that played for The Red Violin, etc.