February 28, 2019, 6:39 PM · Conductor, composer, pianist and all-around musician André Previn died on Thursday in Manhattan at the age of 89. 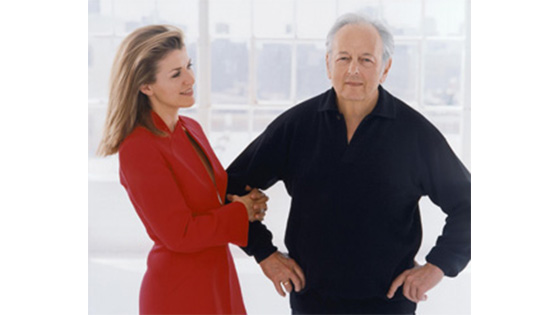 Born in Berlin, Previn began his career as a jazz pianist and branched out in many directions, composing music of many genres, serving as the conductor and music director of orchestras such as the Houston Symphony Orchestra, London Symphony, Royal Philharmonic Orchestra, Pittsburgh Symphony and Los Angeles Philharmonic. A four-time Academy Award winner for his film scores, Previn also composed musicals, operas and classical works.

From the perspective of a violinist, one might focus on his short-lived but musically fruitful marriage (his fifth) to German violinist Anne-Sophie Mutter, which lasted from 2002 to 2006. In 2017 Previn said of their divorce: "You know how people say that their marriage didn’t work? With us, the divorce didn’t work. We call each other every day regardless of where we are. Maybe she’s in China and I’m in Cincinnati, but we find each other. It’s like being very best friends who have a romantic history." They continued to perform together and he continued to write music for her; as recently as March 2018 Mutter premiered Previn's composition for violin and piano, "The Fifth Season" at a Carnegie Hall recital with Lambert Orkis.

On Thursday, Anne-Sophie Mutter released a statement about Previn's death on her website:

"We were companions in music for 4 decades and closest and dearest soulmates in the last 19 years. These years have brought me an abundance of deeply moving and challenging violin works. One of the first of them, the violin concerto, was an engagement present. I am forever grateful for all of his musical treasures.

André will live on in the hearts of the millions of music lovers that his life and music has touched. His many scores will continue to enrich the life of musicians around the globe.

Right now André is probably in the middle of a jam session with Oscar and Wolfgang … and he will outplay them.

I will miss him and our almost daily conversations terribly."

Below is the first movement ("Moderato") of Previn's 2001 Violin Concerto "Anne-Sophie," played by Mutter with the Boston Symphony Orchestra, Previn conducting.

Here is a detailed obituary by The New York Times.

And here is a lovely tweet from Gil Shaham, whose collaborations with Previn, in addition to the recording below, also included his beautiful 1994 recording of the Barber and Korngold concertos with Previn conducting the London Symphony:

I will miss you, my friend #AndrePrevin. I cherish our many musical memories together. https://t.co/Q3fZgyocu5

Please feel free to share your thoughts about André Previn in the comments below.

March 1, 2019 at 01:14 AM · Andre Previn isn't the first name that comes to mind when you say "jazz pianist." But he was a great player. He was overshadowed by a few contemporaries such as Oscar Peterson, Errol Garner, Horace Silver, and Dave Brubeck -- and later Bill Evans. But Previn's technique, his taste, and his swing were undeniable. Previn's playing was similar in some ways to Paul Smith.

Previn recorded a beautiful album of Gershwin with Ella Fitzgerald, "Nice Work if You Can Get it." i recommend this album highly.

March 1, 2019 at 09:32 AM · Andre was a very important figure here in the UK. Not just for his work with the LSO in the concert hall and recording studio. He proselytised on UK TV, appeared in a comedy show and was the face of good music to the general audience. We need more like him....

The uploader has not made this video available in your country."

I am in the EU and have experienced this problem on a number of occasions in the past. I guess the same message would have come up if I had been located in some other country in Europe.

However, there is an effective solution - the TOR browser, which is able to bypass such restrictions - so I was able to listen to the video.

March 1, 2019 at 08:44 PM · My musical life was certainly influenced by Previn...along with his pals Ray Brown, Shelly Manne, Leroy Vinegar,...His style of playing , clearly this white man can swing, won my heart. At that age of late teens, I had it mind to become a jazz performer (bassist).Alas, classical violin won out. His music was always uplifting..nothing depressing there. He seemed to have come from the same neighborhood, in spirit, as Bernstein....creative/diversified genius. RIP Andre, one of spiritual inspirations. Charles Avsharian