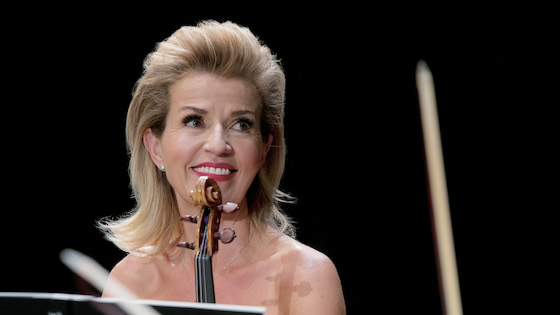 The Polar Music Prize was established in 1989 by ABBA manager Stig Anderson as a kind of "Nobel Prize" for music and named for his record label, Polar Music. Laureates are chosen on the basis of their exceptional achievements in music and for music.

Typically given to one contemporary musician and one classical musician, this year's prize was awarded to three winners. Besides Mutter, other winners were hip-hop artist and pioneer Grandmaster Flash and the Playing for Change Foundation, a California-based non-profit with programs in Asia, Africa and America whose mission is "to create positive change through music and arts education."

Born in Germany, Mutter's extraordinary career began in the 1970s, when as a teenager she partnered with conductor Herbert von Karajan and the Berlin Philharmonic for a series of recordings and performances that garnered international recognition. In 1986 Mutter was appointed International Chair in Violin Studies at the Royal Academy of Music in London. Since 1997, her Anne-Sophie Mutter Foundation has promoted and supported talented young string players in launching their careers. She has premiered and championed numerous new works; won four Grammys and numerous other prizes; has played numerous benefit concerts for charitable causes; and continues to record and perform with top orchestras all over the world.

The Polar Music Prize laureates webpage described Mutter as "not just one passionate and risk-taking musician – she is also a storyteller. As she herself said, 'Music is only touching when it tells a story.' With her passionate commitment to justice, Mutter demonstrates the power and key role of music in the world."

"It is a huge honor to be in this illustrious group of musicians who have received the Polar Music Prize," Mutter said.

Each recipient will receive a prize of one million Swedish krona (about $110,000), which will be presented June 11 in Stockholm by His Majesty King Carl XVI Gustaf of Sweden.

February 15, 2019 at 09:29 PM · There sure have been quite a number of impressive folks among the awardees through time.