December 16, 2019, 12:46 PM · Violinist Tasmin Little OBE has been appointed Co-President of the Yehudi Menuhin School, where she will share the presidency with Daniel Barenboim. 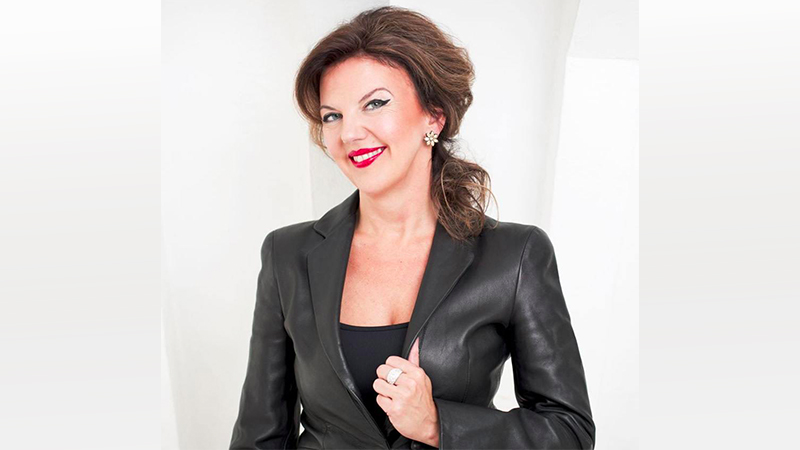 The Menuhin School, which focuses on the serious pre-college music student, is an English boarding school located in Stoke d’Abernon, a small village in Surrey, south west of London. It was founded in 1963 by the violinist Yehudi Menuhin, who was known not only for his early life as a prodigy, but also for his writings, diverse interests, and humanitarian efforts.

At this point the school serves about 80 students ages eight to 19 from around the world, with a staff of 50 offering classes both academic and musical.

In a statement the Menuhin School said that "Tasmin Little has been our Musical Patron for many years and we are delighted that she has accepted the role of Co-President. As a YMS alumna she has always been a strong supporter, and we look forward to her continued involvement in the life of the School."

Little told Violinist.com that "my role is certainly going to be hands-on, in the form of overseeing the ethos of the school and the general musical direction that the school goes in. But this will of course go hand-in-hand with the Director of Music Ashley Wass’s ideas and of course the Headteacher's ideas. I see myself as the 'perspective' of the school, but not absolutely in the day-to-day thick of it."

Little started at the Menuhin School when she was very young: "I was just eight," Little told Violinist.com in a 2009 interview. "It was quite young, bearing in mind that it's a boarding school. I effectively left home at age eight. But it was a very small school as well. At the time that I arrived, there were only 35 pupils, ranging from age eight to 18. I had only about three people who were actually my age in the whole school, which was a bit bizarre. It was a wonderful education, a fantastic atmosphere in the school. It was more like a family, really, but it was a big adjustment, having been in a large primary school in the heart of London. Suddenly I was right in the middle of nowhere, in this stunningly beautiful countryside, with lots and lots of fantastic, young players."

Menuhin himself was still teaching at the school at the time Little attended, and so in her many years there, Little said that she worked with him in various capacities: as a pupil; as someone who played with Menuhin at the school and while he was still playing; and also working as a professional with Menuhin when he conducted in many of her concerto performances. She said she also became a personal friend to Menuhin and went on various trips with him and kept him company.

"So I feel I have a true idea of who he was as a person and what he valued," Little said, "and I intend to try to keep this alive within the school. This role also embraces my interest in the development of young people and the importance of music education."

Little accepts the position after having announced her retirement from the concert stage in August 2020. She will perform at the school, in The Menuhin Hall, on June 11.

Besides performing as a concert soloist with a long list of the big-name orchestras around the world, Little also is a Fellow of the Guildhall School of Music and Drama (FGSM), a Vice President of the Elgar Society, an Ambassador for The Prince’s Foundation for Children and the Arts, and for Youth Music, Tasmin has received Honorary Degrees from the Universities of Bradford, Leicester, Hertfordshire and City of London. In 2016, she was awarded Honorary Membership of the Royal Academy of Music (Hon RAM) by the Academy and the University of London. Little is the recipient of the Gold Badge Award for Services to Music and in 2019 she won the BBC Music Magazine Personality of the Year Award.

December 17, 2019 at 05:43 PM · Congratulations to Tasmin Little, a brilliant English Violinist, who will become a Co Head of The Menuhin School, which I knew of when it was first beginning ... As Menuhin had taken some lessons with my grandfather, a member of Josef Krips' San Francisco Symphony, & co-teacher with Naom Blinder in their private violin teaching studio in San Francisco, tutoring & presenting prodigies, Grisha Guluboff, Menuhin & Isaac Stern in their prodigy years, Mr. Menuhin invited me to come out from London to Stoke d'Abernon to visit the School & offer comments on some of the violin pupil's who were to play before some of us, his invited guests. I recall Dorothy Delay being there offering a brilliant idea to a young pupil re bowing control which I did feel was and still remember as being helpful and novel ...

An admirer of Ms. Little's lovely concert career and the way in which she conducts herself both professionally and privately, I believe The Menuhin School will prosper under her leadership which will most certainly reflect her love of Music & for children wishing to partake of Music to further enrich their lives and the lives of all British hearts who are avid concert goer's throughout the UK!!

With warmest musical congratulations to Tasmin Little, from 'across the pond', I remain

A Violin Sister in America ~

December 19, 2019 at 03:55 AM · Great news! I remember Tasmin here on violinist.com in the early days, duking it out with the rest of us punters and pros on the forum, who created no end of perennial consternation :-)