December 13, 2019, 8:14 PM · On Friday the Grand Teton Music Festival (GTMF) board announced the resignation of President and CEO Andrew Palmer Todd, who had served in that capacity since 2013. 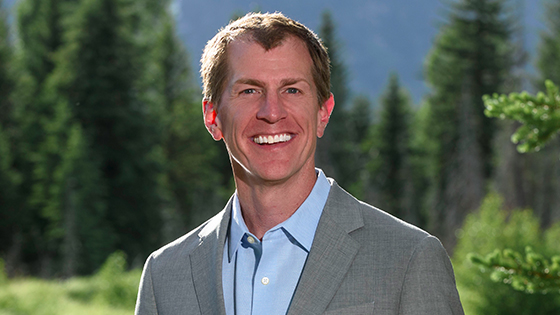 Todd came under fire in late November when three long-time members of the festival orchestra were disinvited from performing in the 2020 summer festival. All three were deeply active in orchestra politics. Their sudden dismissal prompted the Musicians of the GTMF to circulate a petition to reinstate the musicians, a petition that drew nearly 1,900 signatures.

In early December the Board of Directors re-considered that decision at a meeting for which Music Director Donald Runnicles made an exceptional effort to attend, flying to Jackson Hole from Germany. Days before, Runnicles had sent the board an email letter, in which Runnicles said that he never supported the dismissal of the three musicians, and that CEO Todd had misled the board by telling them that he did.

The decision was reversed at the meeting, and the three musicians were re-invited to perform in the 2020 festival.

At that meeting the board also was presented another letter, sent by 15 past Chairs and Directors of the Festival, that additionally called for the dismissal of Todd. "The atmosphere is so toxic, mediation and other third-party interventions would be useless," the letter said. "You have more than sufficient grounds for dismissal."

At that time the board said that Todd would remain CEO and President of the festival.

On Tuesday, however, the festival’s Players’ Committee sent the board a letter calling for Todd’s dismissal, adding that based on an "opt out" poll, none of the 230 orchestra members would return to the festival unless Todd departed.

In a press release from the GTMF, board members focused on Todd's accomplishments.

"I speak for the entire board when I express our gratitude for Andrew’s contributions to our Festival. His leadership in Jackson Hole and with our organization has exceeded our expectations," said GTMF Board Chair Christine Hartley.

Originally from Ohio, Todd also is a concert pianist with degrees from Northwestern University, the Mannes College of Music, and the University of Colorado.

The release said that Todd had led the Festival through a period audience growth and financial security, with the GTMF growing from 35 events
during the summer to 100 events annually, including the Winter Festival. He was also credited with expanding summer programs, creating a community concert series, and launching a scholarship competition. During his tenure, Summer Festival attendance grew 69% since 2014, and individual contributions tripled, reaching an all-time high of $2.4 million in annual contributions for 2019, according to the GTMF.

"I am indebted to the Jackson Hole community, to the dedicated GTMF staff, our devoted board, and the GTMF musicians," Todd said in the release. "I appreciate the Board’s willingness and trust in me to do my part in leading this organization. It has been a rewarding challenge and privilege."

A national search for Todd’s replacement will be announced in the upcoming months.