$10,000 Violin Among Six Instruments Stolen from University of Wisconsin Lockers

December 6, 2019, 2:02 PM · Six instruments valued at $28,000 were stolen from lockers in the Humanities building at the University of Wisconsin, Madison over Thanksgiving break, according to Madison.com.

One is a $10,000 violin belonging to music performance major Samantha Carter, 22, of Milwaukee. The violin was made in 2012 in Chicago by Jeremy Koons and Mike Lochner and had won a Certificate of Merit for Tone from The Violin Society of America. It is in an oblong Angel case with dark green velvet interior.

On Sunday Carter posted a picture of her violin on Facebook, explaining that "this violin (along with a school instrument) was stolen from my locker in the Humanities building sometime between Wednesday Nov. 27 and this morning. In a greyish case with brown seams. Has a MYSO sticker, Willy co-op eggplant sticker, Colectivo bus sticker, Tahoe sticker on the backside. Three bows inside." 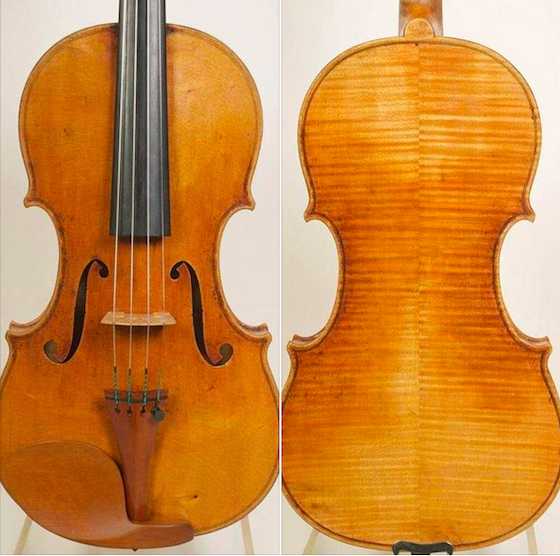 2012 Koons and Lochner violin that was stolen over Thanksgiving break from violinist Samantha Carter. The violin now has a custom chinrest, as in the picture below.

Other instruments missing included a flute, piccolo and cello.

Carter told Madison.com her family had bought the violin for $8,000 in 2013 - a price they could "barely afford" - and by now it has appreciated to about $10,000. Carter is in her fourth year, with a recital and graduation set for the spring. 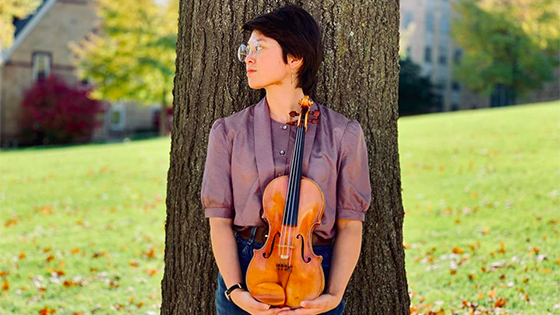 Police said they found no evidence of forced entry to the building, but they believe the lockers were forced open. As of Thursday they had no leads.

December 7, 2019 at 01:10 AM · That is terrible for everyone who got their instruments stolen! Because Chicago is so close to Milwaukee, I will share this with a lot of the luthiers, dealers, and pawn shops in the area-it would be pretty easy for the thief to drive to Chicago to get a quick cash payout.

December 7, 2019 at 12:54 PM · Hello. I made a valuable instrument for a customer and it was stolen and recovered at a pawn shop. Currently I make Violins at Fiddlershop,com in Florida. I am willing to loan one of my Violins to This unfortunate lady and if her’s is not recovered she can keep mine. You can see and hear them on Fiddlershop,com. You can consult with the staff there or me and we can manage to send one if she likes any, probably they are not VSA tone winners but I have won medals in Italy and in 1991 sponsored the VSA contest in my home town of Albuquerque New Mexico, the Tuscan Strad probably sounds the best. My name is Peter White. I make Violins because I love to. My number is 505 280 7601. Peter505white@gmail.com, I want nothing in return. Take a look under featured Violins. On the site I can send it next week. Peter

December 9, 2019 at 07:30 PM · This makes me sick to my stomach. I hope the instruments are found promptly, and as someone stated, Pawn shops should also be notified with pictures and descriptions. By law if a pawn shop buys stolen property they have to hand it over without cost and count the loss.