November 26, 2019, 1:01 PM · In an effort to promote the coverage of live violin performance, Violinist.com each week presents links to reviews of notable concerts and recitals around the world. 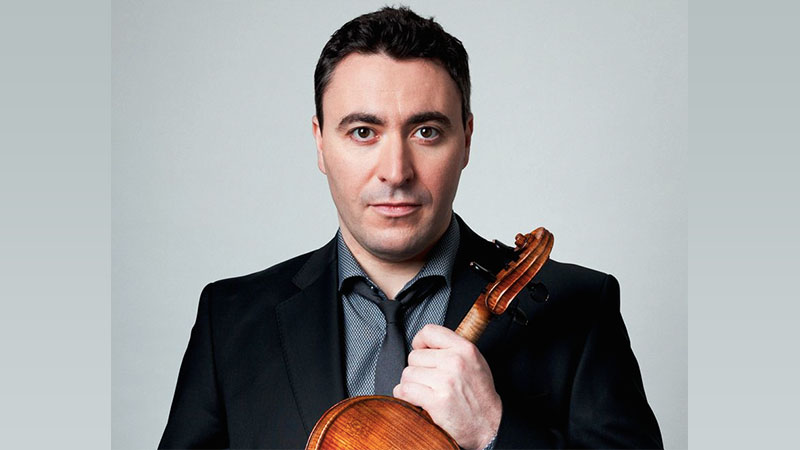 November 27, 2019 at 04:30 PM · I went to see Angelo Xiang Yu perform the Tchaikovsky Violin Concerto on Friday with the Colorado Symphony.

I was curious about seeing him again after seeing him a season or two ago, playing the Vivaldi Four Seasons, where he seemed to very heavily emphasize the effects of the piece (and presumably the programmatic poems tied to each season) at the expense of a more abstract and coherent musical statement. It struck me as a valid post-modern sort of reading of the piece, but it made me wonder about hearing him in other repertoire that I feel is closer to absolute music.

Suprisingly, he took very much the same approach in the Tchaikovsky, where, instead of spinning long lines out, his phrasing was pretty curt, and his dynamics and scattershot use of vibrato didn't build anything that lasted more than a few seconds. He tended to play bits of cantilena very beautifully, but any multiple stopping was played usually without vibrato and with a pretty sharp attack. Often he would descend to such a wispy piano so as to be striking as an effect, but pretty unconnected to everything before and after. Basically it was a series of effects that ended up being a collage of mannerisms that didn't add up to any larger meaning.

To his credit, he never forced the tone, and the individual bits were interesting, but before the end of the first movement, I was just thinking, "What's he going to do next?". He got a huge standing ovation from the audience. I saw him work very well in a chamber music setting a month ago, but I'm not sure if I'll bother again - Maybe if I think the repertoire can survive such an approach.

November 27, 2019 at 07:16 PM · Should a period-performance attempt at something from the Mannerist period be a collage of mannerisms?

November 28, 2019 at 06:29 AM · I'm more annoyed that Daniel Lozakovich keeps getting the "well this person is really too young and why are we obsessed with prodigies?" treatment. I saw him play five years ago, when he really was a child, and was incredibly impressed. At age 18, he is a young adult. With all the experience he has and with the very real musical maturity he has, I think he has the right to be reviewed as a legitimate artist, which he most certainly is. After all, violinists very often begin learning this instrument at age three; 15 years is plenty of time.

November 28, 2019 at 09:00 AM · I agree about Daniel Lozakovich. I am sure there are still videos of his early playing floating around youtube that bear witness to his innate musicality even at an early stage (he started at age six). With his 2018 debut album (Bach) he presented himself as an impressive, mature artist with his own voice and should be reviewd as such.