V.com weekend vote: Which string has broken or failed you most often? 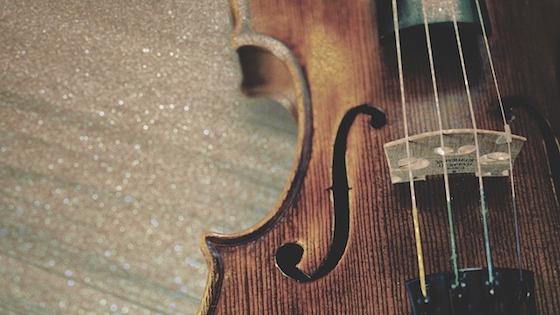 This vote comes via Jim Hastings, who added that "I've had most breakages and failures with A."

I won't be surprised if that is quite common, as the "A" string is one of the most-used, in terms of playing. (You are welcome to argue with that if you have evidence to the contrary!)

It's interesting to get to the bottom of why a string fails. One colleague was telling me that her strings keep breaking because they were wound so close to the peg box - she realized that they were always failing way up there, and it was due to the friction. The nut can also be a place of friction on the string.

For a while I had a student whose E string fine tuner was causing breakage -- the loop on the string was attached with a little metal hook, and that hook was actually sharp. The string was always breaking at the loop, right where it touched the hook.

Breakage can also depend on the kind of string one is using. For example, a true gut string will be prone to breakage; as will some kinds of cheap strings.

Which string has failed you most often? And what do you think is the cause? Have you ever had to change anything about your set up, or switch string types, because of frequent breakage?

November 24, 2019 at 12:22 AM · I’ve only ever had an A string break on me, unfortunately the day of a violin exam at my university. Fortunately for me at the time there was a violin shop within walking distance and I went there to get a replacement immediately. I have spare strings on me at all times now. But have not had another breakage, yet. :D

November 24, 2019 at 01:04 AM · I’ve had more e strings break than any other string. I’ve recently changed from loop end tuner to ball end tuner on the e string and hoping this will work!

November 24, 2019 at 02:28 AM · The E string (loop end) is the only one that ever broke, and this was because of the sharp edges of the fine tuner. Filing the edges solved the problem.

November 24, 2019 at 02:31 AM · Violin A, viola D. Same problem: I changed the string type and apparently the original set up for the instrument made the grooves either too narrow or I didn't make sure the strings could slip across the bridge. So they caught and

November 24, 2019 at 08:07 AM · E strings have been my most recent problem strings, mainly when I switched to loop end on a Hill style tuner, fixed that by filing the sharp edges like Roger St.Pierre mentions above. However, back when I was first learning on wound gut strings (before modern synthetic strings) the A string was the most likely to break.

November 24, 2019 at 09:24 AM · Viola D. Never had one break, but had three in a row that started unraveling at the bridge and were unusable as emergency backups, before I finally had a luthier smooth out a sharp edge.

November 24, 2019 at 01:43 PM · Sometimes I get overly exuberant in my attacks and haplessly attack the string with the ferrule, missing the bow hair. Boing!

Don't think I've ever had it happen, but I have a spare in my Dinner Jacket pocket just in case

November 24, 2019 at 05:43 PM · I've only had one E-string snap on my violin since adulthood, but I snapped a couple of them as a child. But was having an issue with Vision Solo A strings unraveling. Now that I change my strings annually I don't have this issue any more. No issues with viola strings, but I don't practice viola nearly as much.

November 24, 2019 at 05:57 PM · Violin E loop ends break, so I don't use them. For the A, it's the soft aluminum winding that wears and breaks. I just put a Helicore titanium A on one violin, sounds OK. We spend the least amount of playing time on the D string. I had a stand partner, with limited skills, that was constantly breaking E's, because he was playing too hard, at the frog, too far from the bridge.

November 24, 2019 at 11:57 PM · The A string has a tendency to unravel especially if you sweat a lot because the winding is made from aluminum, which is sensitive to perspiration. Luckily I don't sweat much when I play, but I have friends who do. The other strings are usually wound with a metal that doesn't cause problems with perspiration, like silver.

Now strings rarely break, but the e goes false pretty quickly so I still replace them often. They either corrode or if I use a plated one the metal coating wears unevenly. Either way, the tone and pick stability isn't usable. I tried a solid stainless string once, but it was awful.

November 25, 2019 at 02:10 PM · Very often E-string fine tuners come from the manufacturers with rough edges. These can be polished carefully if you have the right tools.

November 25, 2019 at 02:35 PM · I've had my E string break several times. The one time my A string broke, my violin teacher broke it during some after lesson tuning.

November 25, 2019 at 04:49 PM · My most interesting experience was my e string breaking about midway through the last movement of Bartok 5 Quartet. I couldn't stop because we were the music for a choreographed performance. It was sort of fun playing that high up on the a string!

November 25, 2019 at 05:13 PM · When I use a plain gut E I expect to get up to about 6 weeks out of it before fraying becomes a nuisance, However, last year I deliberately ran a test to see how long it would last before breaking. The fraying increased bit by bit as the weeks flowed by and turned into months, but the E, a Pirastro Chorda, still remained playable with just about an acceptable tone. Then, 6 months into the test, during an orchestral rehearsal the fraying quite suddenly ran down the the whole length of the string from the nut to the bridge. I immediately stopped playing and replaced the string.

That gut E didn't actually break under test (I probably got to it just in time!) and I've never had a gut string break, but the steel E is a different story. I had a steel E that broke in the winding on the peg. It was a used E I decided to re-use, but didn't take particular notice of a kink in the string in the wind-on region, and consequently it snapped at that point a few minutes into playing. It was my mistake; I should have remembered that any visible imperfection in the surface of a steel string is a potential weak point, and a kink is a very visible and very weak point that will not withstand normal playing tension. I have not repeated that mistake and am careful not to allow a string to kink.

Although a string breakage is a real rarity for me I always change, and possibly dispose of, any string when its tone starts to go south - a common experience for us all.

November 26, 2019 at 09:03 PM · I would expect the ease with which strings break to be, in decreasing order, gut, then synthetic, then steel, and I don't think my experience has defied my expectations. Similarly, when the strings are of the same material, I would expect the thinner strings to break earlier, and that has also been my experience.

My worst experience, breakage wise, has been with Golden Spiral As.

When it comes to whistling, particularly in Mozart Concertos & Bach Partitas/Sonatas, non-Warchal Es have been easily the worst culprits.

The strings were pretty New, 2 month old, good brand, Infeld red. I believe the bridge was somehow contaminated with some acid stuff ( I suspect a cat slept on the cover sheet). The aluminium winding was coroded in the D and A strings, and this one broke on the way to the conservatory.

Changed the bridge and strings (and got Wittner geared pegs too). Problem solved.

November 26, 2019 at 10:57 PM · Since I'm a violinist, my viola gets only occasional use. I'd open the case and find the C string broken yet again. It was wound properly, so that wasn't the problem. Aha! It was breaking at the nut. After a visit to the luthier to file the groove on the nut, it has never happen again.

November 27, 2019 at 09:11 AM · I have just a few snaps in a past years. I am changing strings on regular basis. But all the snaps was from one company, different types but same company, which I will not name, because it can be my instrument specific problem of some kind of winding style, etc. The strings was amazing in sound, but fragile on my instrument. Unfortunately I am not using this brand anymore. It was 4 snaps in a 5 package during one year.

November 27, 2019 at 02:22 PM · I actually only get a few breakages. IF they do break, it's along the fingerboard. I have and teach all 3 instruments. The A or D will go the most on my student's instrument. My biggest thing is when the strings go up a half step because of the change in weather. I use Piastro Eudoxa (gut) on the violin but Helicore on the others.The violin has a loop end but it's rounded so I've never hav a problem with them breaking at the loop.

I also noticed that peg boxes are getting narrower and a little shallower thus having the strings rub against other strings or pegs. That is where I see the most breaks with my students.