November 20, 2019, 12:40 PM · Congratulations to violinists Nicola Benedetti and Tessa Lark, as well as all the nominees announced Wednesday for the Recording Academy's 62nd Grammy Awards, which will take place in January. 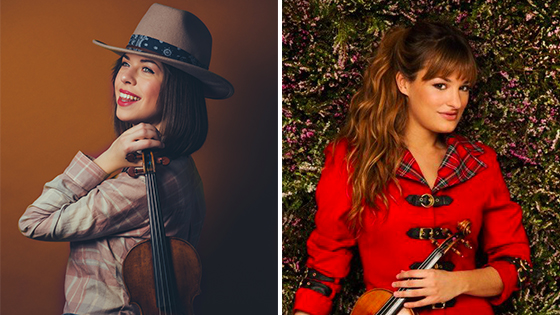 Nicola Benedetti and Tessa Lark were both nominated in the "Best Classical Instrument Solo" category, for premiere recordings of modern violin concertos written for each of them: Benedetti for Wynton Marsalis' "Concerto in D" for violin and orchestra; and Lark for Michael Torke's "Sky, Concerto for Violin." Marsalis also was nominated for "Best Contemporary Classical Composition" for the violin concerto.

In the category of "Best Arrangement, Instrumental or A Cappella," composer John Williams and violinist Anne-Sophie Mutter were nominated for their arrangement of "Hedwig's Theme" from their album of film score arrangements for violin and orchestra, Across the Stars.

Here is a list with links to those Grammy-nominated recordings:

Cerrone: The Pieces that Fall to Earth
Christopher Rountree & Wild Up

Nominees were selected from more than 20,000 submissions across 84 categories, including eight classical music categories and two classical production categories. The final round of GRAMMY voting is Dec. 9, 2019 – Jan. 3, 2020. The Recording Academy will present the GRAMMY Awards on Sunday, Jan. 26, 2020 at Los Angeles' STAPLES Center, broadcast on the CBS Television Network. Click here for a complete list of Grammy nominations for 2020.