November 8, 2019, 5:30 PM · Interlochen Center for the Arts, the summer camp and fine arts boarding school in northern Michigan, has opened a new $24 million Music Center that brings all its buildings and programs into one complex, adding new technology as well as recording studio and rehearsal hall spaces. 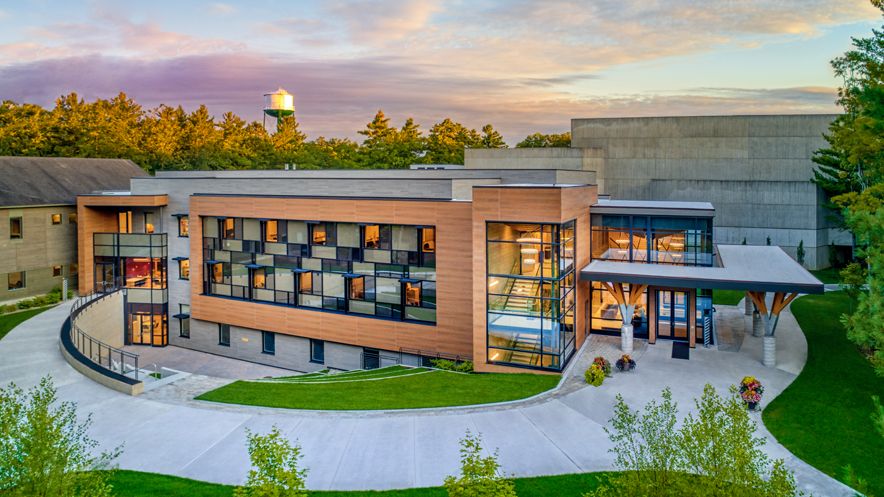 "Music has a new home at Interlochen," said Trey Devey, President of Interlochen Center for the Arts. "With its world-class spaces for music instruction, collaboration, and recording, the Music Center will nurture and empower any musician that seeks artistic and personal enlightenment at Interlochen. For students from the third grade through high school, there’s nothing else like it."

Planning began in 1990 for the new facility, which integrated top-notch acoustical engineering in the creation of its new rehearsal, studio, and practice rooms. There are also new lounge areas to encourage student and faculty collaboration. The Music Center now houses Interlochen's classical, contemporary, jazz, and music production and engineering programs, and it will also allow Interlochen Arts Academy students to major in Music Production and Engineering, beginning next fall.

Features of the three-level, 62,000 square-foot facility include:

November 11, 2019 at 03:15 PM · One of the major advantages of Interlochen has always been that it's so "out in the boonies", that there is little to distract from or compete with musicianship and practicing.