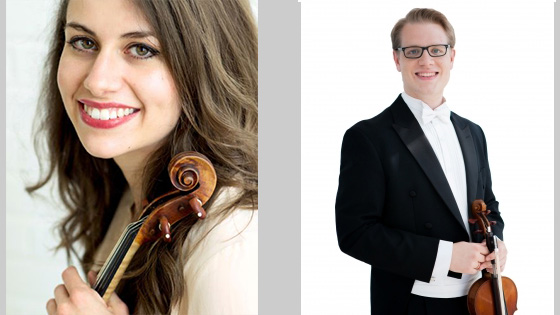 The new positions are part of an effort to restore the orchestra to its pre-recession size. "An endowment campaign announced in 2015 included 14 newly endowed Orchestra chairs and resulted in a multi-year process to raise the complement to 90 full-time musicians," said an announcement on the Cincinnati Symphony's website.

Matsuo, who has been a member of the CSO's second violin section since 2015, has a bachelor's degree from the Cleveland Institute of Music and a master's degree from The Juilliard School. She made her solo recital debut at the Phillips Collection in Washington D.C. and won top prizes in several competitions, including the 2012 Washington International Competition, the 2012 Juilliard Concerto Competition and the 2011 Michael Hill International Competition. She is married to Cincinnati Symphony Orchestra cellist Hiro Matsuo, with whom she founded the 2M Duo.

The CSO will hold auditions later this month for a section viola player and Assistant Principal Horn, with other auditions to take place later in the season.