September 18, 2018, 1:16 PM · INDIANAPOLIS - While jury members listened to the top violinists of a new generation at the International Violin Competition of Indianapolis, a another effort was happening simultaneously, to identify the finest violins created so far this century. 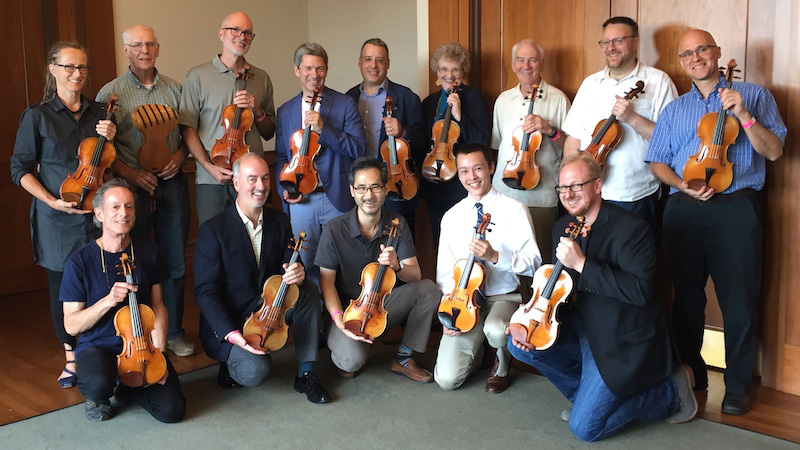 The stated goal of the search was to identify several violins that the competition would purchase to be loaned to current competition laureates for a period of four years as part of their prize. The competition already owns the 1683 “ex-Gingold” Stradivarius, so that addition would start a collection for the competition.

The unstated goal was to support the work of modern violin makers, whose instruments been gaining in reputation, with many calling the 21st century a new "Golden Era" of violin-making. The selection process put the violins in the hands of concert violinists, IVCI jury members and competition participants, who blind-tested and ranked the instruments over the course of the 17-day competition. Here's how that process worked:

Five concert violinist participated in a two-day pre-selection process to choose 12 violins that they considered suitable for a violinist launching a solo career. Those violinists included Stefan Milenkovich, Tessa Lark, Tarn Travers, Joel Smirnoff, and Peter Vickery. (They actually chose 13 violins.) Those violins were blind-tested and ranked by jury members and competition partipants and narrowed down to the top five violins. Representatives of the competition then chose two violins to purchase from those five. 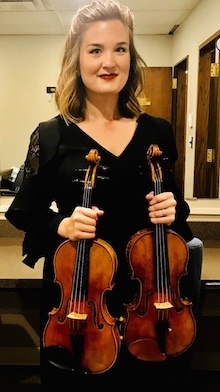 The two violins chosen for purchase by the IVCI are:

The other violin makers in the Top Five are:

The remaining violin makers whose instruments made the Top 13 were:

In addition, the competition held a 21st Century Violin Search Exhibition Saturday afternoon at the Indiana History Museum, displaying all 45 violins submitted and making them available for testing. 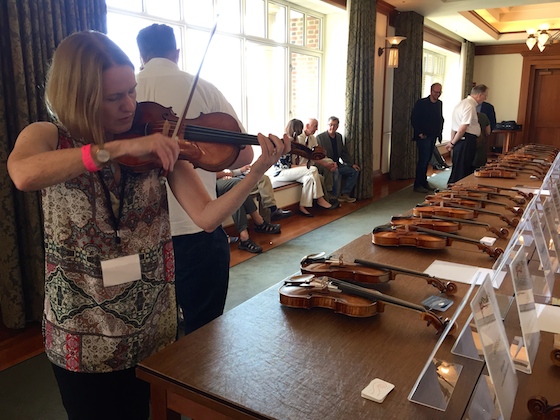 September 18, 2018 at 09:55 PM · I have a violin made by Chris Pedersen that I purchased about 2 years ago! I love it. I searched and played many violins in the summer of 2016 and finally chose this one made by Chris. It’s not only beautiful but continues to have a wonderful tone!

September 19, 2018 at 11:55 AM · Wow, there were a lot more makers participating than I would have expected. Thanks for the review, Laurie.

September 19, 2018 at 08:25 PM · I wish the article provided information about the price and info on the 2 ladies luthiers and also on the odd looking violin second from the top left.

Would anyone like to tell us about the odd-looking violin second from top-left and who made it? It appears to made in a way that will allow the player not have to use a shoulder rest.

September 19, 2018 at 09:49 PM · A very vigorous process at Indy, considering the number and the level of the players that tested these modern violins.

The special looking violin is by Marty Kasprzk.