INDIANAPOLIS -- Richard Lin of the U.S. has won the Gold Medal in the International Violin Competition of Indianapolis. 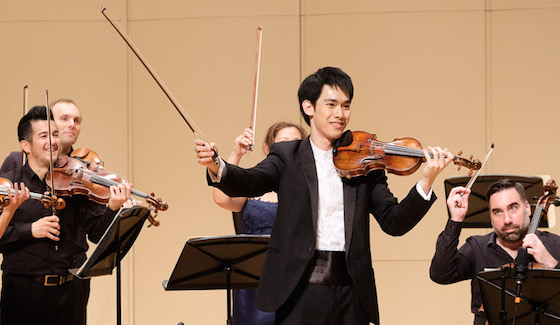 Congratulations to all the laureates, who were named Saturday night following the last concert in the Finals. They are: 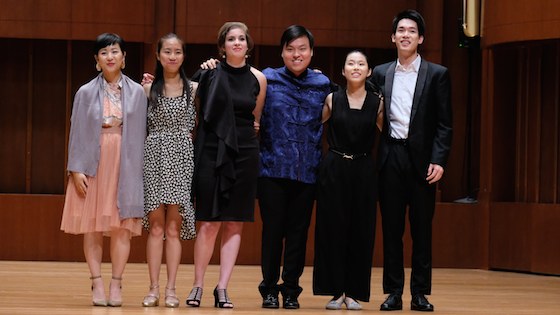 Founded in 1982 by Josef Gingold, Indianapolis has hosted nine competitions, occurring every every four years, naming a total of 54 laureates from 22 countries. This year's preliminaries began on Sept. 1 with 38 violinists from 13 countries, ranging in age from 16 to 29. For the 2018 Competition, the IVCI received 123 applications from 25 countries.

The Indianapolis Competition also announced that it will buy two modern violins, chosen in its 21st Century Violin Search, to be loaned to two of the laureates for four years. The violins chosen were made by:

Not sure whether they think this will launch their careers .. which at their age should have been launched already.

I think that Ms Hokamura, at 17, is the real winner here.

September 16, 2018 at 03:45 PM · Richard Lin played Mendelssohn two years ago with the community orchestra I am in, the Nova Vista Symphony. Unfortunately I wasn't able to play in that concert. I saw it though! Glad to see him win!

September 16, 2018 at 04:10 PM · Well deserved win of Richard Lin. I really liked the results which seemed to be leaning towards overall maturity and artistry over just technique which can sometimes be acquired at very young age. Very refreshing as I am so tired of the "child prodigy" business. I also love how Luke Shu always congratulates winners no matter what. Also great was seeing well-rounded violinists with world class brain among the Lauriates - Anna Lee/Harvard and Shannon Lee/Columbia, and Nancy Zhou(Shanghai winner)/Harvard to name a few. Congratulations!

September 16, 2018 at 11:39 PM · I saw and heard Richard Lin play at a masterclass at the Bowdoin International Music Festival four summers ago. He was studying with Lewis Kaplan. Richard Lin is a fabulous violinist and congratulations to him. Hope to see him in concert soloing with some of the leading orchestras.