September 13, 2018, 3:22 PM · Welcome to "For the Record," Violinist.com's weekly roundup of new releases of recordings by violinists, violists, cellists and other classical musicians. We hope it helps you keep track of your favorite artists, as well as find some new ones to add to your listening! 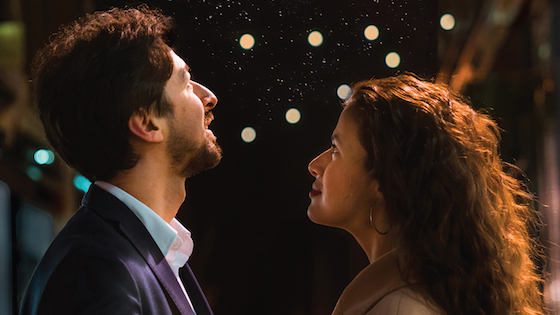 "For both of us, melodies that tug at the heartstrings have always proven more impactful than dazzling virtuosity, and thus the idea for this album was born," Urioste said of the album. The recording features violin pieces from that golden era, including Fritz Kreisler’s "Caprice viennois," Elgar’s "Chanson de Nuit" and "Salut d’amour," as well as pieces by Dvorak, Liszt, Gluck, Debussy and the title track of "Estrellita" by Manuel Ponce. The album ends with Tom’s own arrangements of s"Moon River," "When I Fall in Love," and "Somewhere Over the Rainbow." Tom and Elena first performed together as BBC Radio 3 New Generation Artists in 2013, and appear regularly as a duo and in chamber music in the UK and abroad. Their second CD with Grieg’s Complete Violin Sonatas is planned for release in the coming months. BELOW: Elena Urioste and Tom Poster Perform Manuel Ponce's "Estrellita."

"Both works are firm favourites in my repertoire," Frang said of the pieces on this album. "Bartók and Enescu have a lot in common. They were born in the same year, and according to today's geographical border, in the same country. They both also lived and died in self-imposed exile, Bartók in America, Enescu in France, but they remain two of the 20th century's greatest nationalist composersand major contributors to their countries' culture and art. What's more, both of the works on this album were written at a very young age - Enescu was in his late teens and Bartók was in his early 20s; and each in its own way was dismissed and neglected for decades." BELOW: Interviews and excerpts from the album.

This program features the world premiere recordings of three works written for violinist James Ehnes. Familiar to movie fans the world over, James Newton Howard has composed over 120 film scores. Upon being commissioned to write a violin concerto, Howard admitted to feeling, 'thrilled, excited, expectant and ultimately terrified.' Pulitzer Prize winning composer Aaron Jay Kernis first composed for Ehnes in 2007 and a few years later his Violin Concerto followed. Bramwell Tovey and James Ehnes's musical relationship dates back to 1990, and they have performed together countless times. Stream of Limelight gives James's incredible technique ample opportunity to dazzle, and is a superb finale to this fascinating album of new compositions.

This recording features bandoneón player JP Jofre's new Double Concerto for Violin and Bandoneón, the first-ever concerto written for this instrument combination. "When I play, I feel the instrument in my skin and in my bones; we are inhaling and exhaling together," said Jofre, who is a native of Argentina. Writing this concerto "was a huge honor and also definitely a big challenge since there was no double concerto for these instruments at the time." The piece was commissioned by violinist Michael Guttman after he had performed several times with Jofre. "JP is such a gifted musician, so I was certain he could create a unique piece based on the bandoneón. Basically though, he had free rein." BELOW: JP Jofre and Michael Guttman speak about their collaboration, against the background of excerpts from the double concerto.