Finalists Named in the 2018 International Violin Competition of Indianapolis

September 10, 2018, 10:20 PM · INDIANAPOLIS - Congratulations to the six finalists named Monday night in the International Violin Competition of Indianapolis! They are: 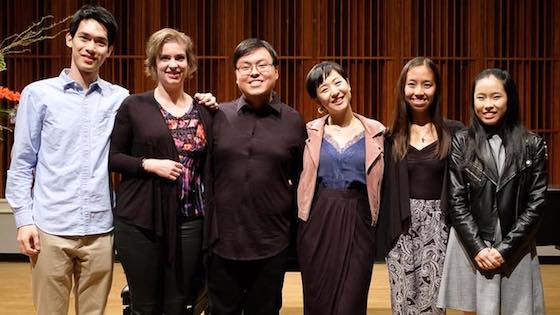 Finalists in the 2018 International Violin Competition of Indianapolis. Photo by Denis Kelly.

We are here in Indianapolis to cover the Finals, which will take place in two parts. For the Classical Finals Wednesday and Thursday, Finalists are required to each play one classical concert (choosing from among Mozart's five violin concerto or Haydn Violin Concerto No. 1) with the East Coast Chamber Orchestra (ECCO). On Friday and Saturday, each Finalist must play a major violin concerto with the Indianapolis Symphony Orchestra. Click here to watch the live stream for any of those performances and to catch up on any performances you missed click here for the archived videos. Check back with Violinist.com for news and reviews.

Founded in 1982 by Josef Gingold, Indianapolis has hosted nine competitions, occurring every every four years, naming a total of 54 laureates from 22 countries. This year's preliminaries began with 38 violinists from 13 countries, ranging in age from 16 to 29. For the 2018 Competition, the IVCI received 123 applications from 25 countries.

September 11, 2018 at 11:31 PM · The Gingold Strad is on loan to the Indiana State Museum for the duration of the competition, along with Gingold’s Tourte bow . I went down to see it and noticed a few things. First off, 1/2” plate glass thwarted my overwhelming desire to grab it and begin playing. Oh well.

The wood of the top, some variety of Spruce I asume, has unusually fine grain and there is beautiful horizontal ray figure simular to white oak but much finer. I’ve never seen this in spruce before, more like quarter sawn cherry with exceptionally fine straight grain. The color of the varnish is a wonderful Chestnut brown, very striking. Modern makers often “antique” their instruments and produce a worn off effect in the varnish in areas of high wear, sometimes even adding dark discoloration. But the Gingold appears almost completely free of wear on the varnish. I wonder if it underwent restoration at some point or if it is just an exceptionally well cared for instrument. The back appeared, in fairly low illumination, to be of flat sawn wood, a bit unusual but not unheard of. There was a just bit of tiger figure on the back but not a lot.

A beautiful fiddle, but certainly out of my league!