August 9, 2018, 11:18 PM · On Thursday LA Opera principal cellist John Walz announced on Facebook that his 2010 Mario Miralles cello, valued at about $100,000, had been stolen from his room at the Town and Country hotel in San Diego, Calif. 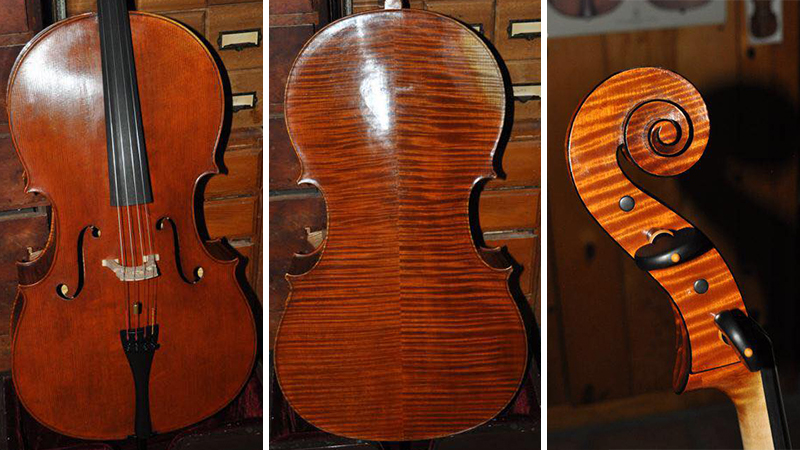 Photos of Walz's Mario Miralles cello that was stolen Wednesday.

"Yesterday I checked into my hotel in San Diego, went out to dinner, and when I came back, my room had been broken into, everything stolen - including my cello," Walz wrote.

The cello was in a red, carbon fiber one-latch case, and the label inside the cello reads, "Mario Miralles 2010 Altadena, California." Two bows were also in the case: a gold-mounted Garner Wilson and a carbon fiber Arcus.

Police said that someone forced entrance into the unoccupied room between 8 p.m. and 10 p.m on Wednesday, according to the Times of San Diego. 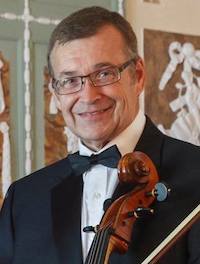 Walz, a former student of the French cellist Pierre Fournier, is a founder and longtime member of the Pacific Trio and is currently principal cellist with the Los Angeles Opera. He was principal cellist of the Long Beach Symphony for 20 years.

If you have any information or leads, please contact Walz via his website, http://www.john-walz.com/. San Diego police are also taking tips at (619) 692-4800 or the Crime Stoppers anonymous tip line at (888) 580-8477. Crime Stoppers is offering up to a $1,000 reward to anyone with information that leads to an arrest in this case.

August 10, 2018 at 12:05 PM · I feel deeply for Mr Walz. The hopeful part of the scenario is that a cello of that caliber probably isn't quite as "easy" to dispose of as a violin. Let's hope it turns up soon, and undamaged. The odd thing is that the break-in and theft doesn't appear to have been noticed at the time - I hope that CCTV in the hotel lobby and elsewhere will provide information.

August 10, 2018 at 06:02 PM · Is there anything a cellist can do to prevent this? A violinist could carry their violin while going to dinner (do they?), but a cellist?

August 12, 2018 at 06:42 PM · Did you police not have security video, a possible license plate, etc. In today's world, it is highly unlikely that they don't have video of someone with a red cello case. The usual suspects usually don't "look like" world class cellists either!

August 14, 2018 at 06:30 PM · Hotel room break-ins are often inside jobs. Remind me not to stay at the Town and Country. Your worst nightmare. Hope that beautiful axe was insured.