July 19, 2018, 11:53 AM · ASPEN, Colo. -- On Tuesday, during a performance that featured British violinist Daniel Hope leading the Aspen Chamber Orchestra, I found myself dreaming about how much one might experience as a violin student at the Aspen Music Festival and School.

Of course I never was a student at Aspen, though many of my friends and colleagues were. It's an intense summer program of lessons, performing, practicing, and just being here with some of the best teachers and performers on the planet, in a breathtakingly beautiful setting.

Tuesday's recital at Harris Concert Hall seemed like one of those unique and challenging performance opportunities, with Hope multi-tasking as conductor, concertmaster, soloist, inspiration for a violin concerto, and might I add, role model.

Hope is among those violinists whose regular gig requires conducting from the violin -- there are a number of others, including Joshua Bell with the Academy of St Martin in the Fields; and Nadja Salerno-Sonnenberg, whom Hope recently replaced as Music Director of the New Century Chamber Orchestra in San Francisco. Hope is also Music Director of the Zurich Chamber Orchestra.

Tuesday's concert required Hope to lead the troops through a thorny Shostakovich piece, a deceptively simple set of short pieces by Satie; and then to lead as soloist in a new Violin Concerto by composer Alan Fletcher, who also is President and CEO of the Aspen Music Festival and School. 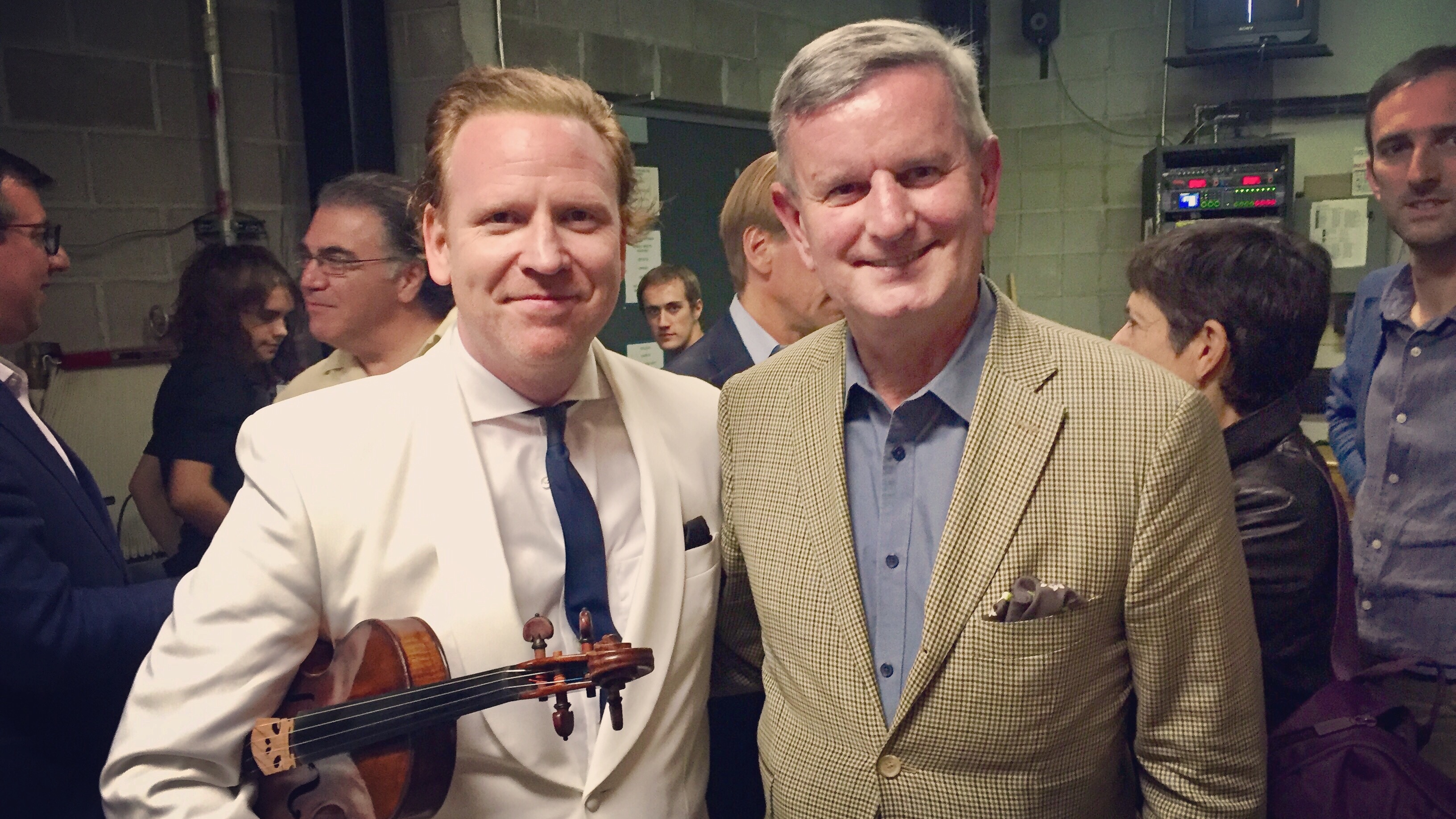 The evening began with Shostakovich's Chamber Symphony in C minor, op. 110a, an arrangement for string orchestra of his Eighth Quartet, Opus 110. The first movement contains quotations from Shostakovich's first symphony at its gloomiest, leading into a frenzied second movement, where Hope's strong and decisive playing was certainly on display. It's full of fast notes and frequent meter changes, with no room for indecision or miscounting -- not quite all of it fell into perfect place. Gorgeous solos from principal cellist Matthis Baltzart stood out, as did the drama of the last movement's allusion to the KGB's loud "knock-knock-knock" at the door, a potential scenario that kept the revolutionary Shostakovich in mortal fear.

Two movements from Satie's "Gymnopédies" came next: "Lent et grave," and the very familiar "Lent et douloureux." In contrast to the Shostakovich, this is straightforward music; yet the challenges were evident, it is so simple that it must be faultless, and to accomplish this is to skate on thin ice. Results were mixed, but several woodwind soloists stood out for their clarity and purity of pitch.

Before the Violin Concerto, composer Alan Fletcher took the stage and shared his inspiration, which was in part "the inward glowing sound that Daniel has in his own playing." It was also written with Hope's ensembles in mind, with a musical water pattern in the first and last movements meant to evoke Zurich's lakeside setting. Fletcher also wrote 22 individual parts for the musicians in the ensemble, rather than sections. The piece was premiered in September 2017 with the New Century Chamber Orchestra. 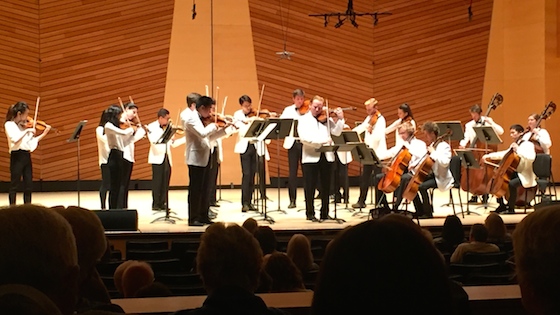 The piece opens with a "tuning" motive, exploring open strings until Hope's solo violin (he plays the 1743 "Lipinski" del Gesù, if you're curious) pierces through with big sonorous notes. This leads into the rocking water figures, with Hope's line riding the musical waves. With Hope's line so fluid and the orchestra's so active, I wondered if this posed a challenge for conducting from the violin; these places require strong leadership from the concertmaster.

Hope's playing was committed and on-spot -- just a pleasure to hear live.

The second movement uses a Reformation hymn by Ulrich Zwingli, which is stated fairly simply in the beginning and goes through a number of permutations both dissonant and less-so. My favorite part of the piece was a playful pizzicato section in this movement, which gave the sense of the soloist and orchestra bouncing melodic fragments around like a beach ball.

The third movement returns to a watery theme, and the waters calm for a while -- my mental imagery had them settling into puddles at one point, followed by a return of the "tuning" motive from the beginning.