December 19, 2018, 12:11 AM · Violinist Stephen Shipps will officially retire from the University of Michigan's School of Music, Theatre & Dance in May 2019, remaining on administrative leave for the winter semester and no longer having any contact with his class, according to an email said to be from Shipps, which was published in an article posted Tuesday in The Michigan Daily, the University of Michigan's student newspaper. 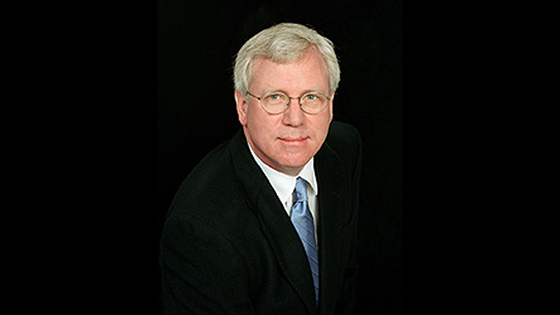 The email was sent last Wednesday, two days after an article in The Michigan Daily described allegations of sexual harassment and sexual misconduct against Shipps that spanned a 40-year time period.

The email, which The Michigan Daily said was provided by a student who studied with Shipps last semester, said:

I would like to begin this message by saying Teri and I appreciate with wonder your letters, calls and texts. We have received so many prayers, wishes and messages of love that we are overwhelmed. For this we want to say thank you from the bottom of our hearts.

Yesterday, I received a letter from Dean Gier thanking me for my years of service and placing me on Administrative Leave for the Winter Semester. We agreed that my retirement date would be May 31, 2019. So, with that agreement, I will not be returning to the SMTD.

I ask all of you to honor Dean Gier, as he is a wonderful leader placed in a very difficult position. He has been very fair with me and is a kind man. I am sure he will come up with both a short-term and a long-term solution to this issue. Finally, as part of the terms of the agreement, Dean Gier has requested that I not have contact with my class. I will honor this requirement and I request that you do too, as difficult as that may be.

You all have my most positive wishes for the remainder of your academic career at the SMTD. I also wish you great fortune as you begin your professional careers.

Best wishes to all of you,

The article also said that Shipps had vacated his office by Dec. 10, the day the original article about him was published. Shipps also went on leave Dec. 7, several days before. The University has not confirmed or denied Shipps' retirement plans.

December 20, 2018 at 04:19 PM · Paul Deck, I don't think it's so difficult for "decent powerful men" to prove that they are. Decent powerful men don't have rumors floating around about their conduct because they only know how to behave in a decent manner. I studied with someone at Sewanee one summer in the early 90s about whom there were quiet rumors that he flirted with female students. I was 14. He'd tell me how pretty I looked; he'd squeeze my shoulder; and I felt uncomfortable enough that a few years later when there were allegations of sexual misconduct with a student at his home university, I wasn't the least bit surprised. Rumors float around about powerful men for good reason.

December 20, 2018 at 08:29 PM · As someone who has worked with/for an actuarial firm for over three decades, I can say that as a general rule pension benefits that are vested are not impacted based on whether an individual retires or is fired (terminated). (This is designed so that employers cannot arbitrarily fire someone who is close to being pension eligible.) There are exceptions, however. If retirement or termination were to fall before reaching normal retirement age (which would not appear to be the case for Shipps given that he is 66), then benefits could be reduced based on the regular benefit provisions for early retirement. Further, if the university has a special contract with Shipps that indicates his pension is predicated on not being "dismissed for cause," then he could be at risk if he were fired.

This is not an opinion on Mr. Shipps' guilt or innocence.

December 20, 2018 at 10:20 PM · True, anyone can start a rumor, but it's very, very rare that someone goes around making false accusations of sexual misconduct. It's just too hard to come forward with any allegation of this nature, especially against a powerful figure, without subjecting yourself to the degradation of scrutiny, gas lighting, denial, character assassination, and shame. We still don't believe people when they come forward, though it might seem that way. The tides are turning, but anyone who might want to create false rumors really has little to gain, since no one takes an allegation from a single person seriously, only when there are numerous allegations. I realize it's difficult to recognize this if you've never had to come forward and claim you were sexually violated by someone in power.

December 21, 2018 at 12:56 AM · David, do you think men should be awarded gold stars and be publicly praised for behaving like decent human beings? Your posts on this subject sound like you have an agenda.

December 21, 2018 at 11:19 AM · I don’t think those of us who disagree with the overwhelming public perception of Prof. Shipps have any unforthcoming agendas. Other than, I knew Prof. Shipps welll. And as any good friend would do, I tend to defend for my friend. But I know l did not know him for 40 years. I only wish we can hear also the other side of the story before making final judgment.

I don’t feel David ever praised this type of behavior. He is a father. I’m sure he would not want his daughters to go through what the alleged victims went through. I too for that matter. I too have a daughter. And certainly don’t wish for this to happen to her

So if my agenda is to defend for a friend that I feel couldn’t have done these heinous acts. Then I’m guilty.

December 21, 2018 at 03:49 PM · Agreed. David offered other view points. If his view points doesn't agree with yours why do you label him having other agenda? I thought David is a respected violin maker with integrity and honesty from this very forum. All of a sudden that changed because he disagree with the popular opinion?

Come on guys. We are better than that!

December 21, 2018 at 08:24 PM · One thing I try to keep in mind is that even when the rigor of a criminal court of law has been applied, using the presumption of "innocent until proven guilty", lots of mistakes have been made, which were uncovered when DNA evidence later became available, proving that it was someone other than the convicted person who had committed the crime.

Some chilling statistics from The Innocence Project:

26.5: Average age at the time of wrongful conviction

40 of 362 pled guilty to crimes they did not commit

These were just cases where evidence capable of yielding DNA was ever taken in the first place, and still available.

So I am not eager to rush to judgement.

December 21, 2018 at 10:53 PM · Yes, as much as there are cases where the propetrator never got caught, there are innocent people got convicted for crimes they do not commit. While we should be critical about the current legal process, we can't afford to abandon it.

In this particular case, it doesn't bother me as much that people already start condemning on the allegations, nor it bothers me that Mr Shipps' friends jump into his defence. In reality, our opinions worth little when hardly any us know what really happened that day and in that place. The only logical action is to urge both sides to reveal their versions of event, under the court under an oath.

Given underaged children were involved in the allegations, I personally struggle to see anyone may wish this case could quietly go away. Do we have pretend to see no evil until one day our childrens', friends' name appear on the list of victim or wrongfully accused and hope that something can be done sooner?

December 23, 2018 at 12:17 AM · If I can offer a perspective, I attended a Christian music festival in 2013, in which Stephen Shipps was in attendance. He gave a “fireside chat” with us, in which he was very open about his personal struggles as a musician - the culture of heavy drinking that permeated the Cleveland Symphony when he was a member, and his struggles with alcoholism over the years, and a recent victory over that battle through Christianity and Alcoholics Anonymous. I have little doubt that the accusations are in fact true, and he must be held accountable, but I will always be left with the impression of a changed, repentant man who had recognized the hurt he had caused through his alcoholism and possibly other wrongs. In the “me too” era, are we allowed to have justice, due punishment AND forgiveness?

December 23, 2018 at 06:42 AM · When someone causes hurt, the only people whose forgiveness matters are the people who were hurt. Sixteen-year-olds, for example, who don't know whether they'll be getting a lesson or giving a blow job.

December 24, 2018 at 01:37 PM · To Mary Ellen, from a survivor: I appreciate your comments very much. You are a woman of depth and compassion. Thank you for helping us have a voice.

December 24, 2018 at 08:28 PM · If people believe that ultimately, their concern is the mercy or judgment of God, then they should render unto Caesar, as it were, and submit willingly to the legal process, and put their faith in God that the right thing will happen. If they believe that they should be able to put their misdeeds behind them because they found righteousness or were saved or whatever, then it does strike me as some cheap grace, indeed.

Like that fake Christian Ray Lewis or all the priests in the Catholic Church that the Pope called out to submit to authorities but clearly aren't going to do a thing except save their skins - If they had a shred of faith, they would face up to their actual transgressions instead of posturing.

David, it's good to hear about people's concerns for the presumption of innocence - While the spirit of your argument I whole-heartedly agree with, I don't think Shipps is in any relevant demographic for speaking statistically about false accusations and exonerations. The majority of those exonerations relate to cases brought against black people, many of which are a result of the racist practices stemming from policing the "war on drugs", and beyond the racial demographics, income and class-based factors are huge in this. Shipps isn't exactly impoverished in a way that will affect his ability to afford proper legal representation, and he isn't exactly in a demographic that lends itself to the argument that HE would be falsely accused, although I think that in ANY case, it's important to keep these things in mind. Of course, I'm not on a jury on his trial (there doesn't seem to be a trial to speak of), but to me it looks like a case where there is a pattern of allegations over the course of years, institutional indifference of a staggering magnitude, and multiple corroborating witnesses, and on the other side, there is a lot of "well he sure treated me respectfully".

Since you seem very interested in criminal justice and the rights of the accused, I highly recommend you check out the book "The New Jim Crow", if you have the time.