December 7, 2018, 11:06 AM · Congratulations to violinists Joshua Bell, James Ehnes and Christina Day Martinson, who each were nominated for awards in the 61st Annual Grammys, which will take place in February. 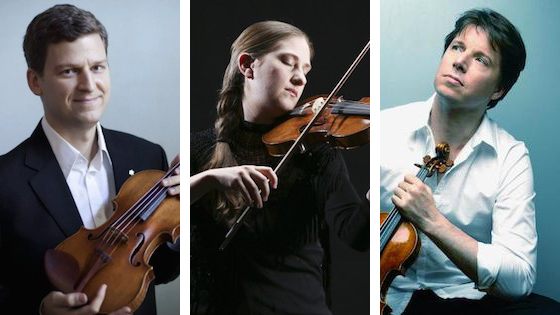 All nominees were announced Friday morning by the Recording Academy; click here for a complete list of Classical Grammy nominations for 2019.

Here is a list of those Grammy-nominated recordings and film:

This year's nominees were selected from more than 21,000 submissions across 84 categories. The final round of Grammy voting is Dec. 13, 2018–Jan 9, 2019. The Recording Academy will present the Grammy Awards at 8 p.m. ET/5 p.m. PT on Feb. 10, live from Los Angeles' STAPLES Center and broadcast on the CBS Television Network .

December 10, 2018 at 01:59 PM · The 'trappings' of those that actually decide classical music winners are suspect, at best. Criteria are shady, not well defined and merely just another self-promo of the entertainment...perhaps on par with America has Talent decisions.