V.com weekend vote: Can you drink caffeine, like tea or coffee, before playing?

November 23, 2018, 1:22 PM · "Yes!" said my colleague happily, during the intermission of a recent performance, upon seeing that our concertmaster had kindly brought in an espresso machine and set it up backstage for all who needed a little caffeine boost.

Throwing away his recently drained Starbucks cup, he made his way toward the espresso machine. And he was not the only one, the appearance of an espresso machine backstage brought joy to many! 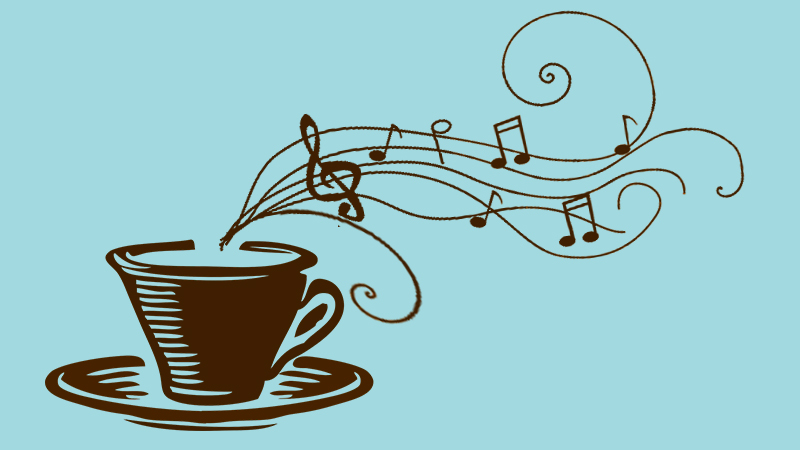 I'm a great fan of coffee and tea, and I'm grateful to have nice espresso machine that I use on a daily basis. I also have a nice collection of tea, and I'm certain that I'll indulge a little during this season of holiday hot beverages, with the egg nog lattes, peppermint mochas and London fogs, as well.

But I've never been able to drink coffee, or anything caffeinated, before or during a performance. I'm okay for a rehearsal, and certainly for teaching a lesson. The caffeine gets me a little jittery, though, so I avoid it at certain times.

It's obvious that this is not the case for everyone! For many, a nice cup of coffee or tea right before a performance or during intermission is just the ticket.

How does it work for you? Can you drink coffee or tea before playing? Before a performance? Is caffeine something that you avoid at certain times? Or maybe you avoid it altogether? Please participate in the vote and then share your thoughts in the comments section.

November 23, 2018 at 09:11 PM · I avoid drinking caffeine altogether, so I'm sure I wouldn't handle it well now. One nudge in this direction: I found out in my later teens that I didn't like the taste of coffee -- although I've always liked the diluted aroma of it.

A lot of people have tried to break the caffeine habit and faced unpleasant short-term withdrawal effects in the process -- headaches, drowsiness, anxiety, irritability, tremors, reduced concentration. I've known a few of these individuals personally.

"To each his own"; but for those of us who can get through life just fine without caffeine, why get started on it? Take the money you would have spent on it and use it for new strings or bow re-hairs.

Needless to say, I really needed it. Now I casually drink coffee before practise.

November 24, 2018 at 03:34 AM · There isn't an answer there that fits, for me. Caffeine doesn't affect me one way or the other until I get to large doses of it, >3 cups of coffee. At that level it makes me jumpy and makes my eyelid twitch. And/or it gives me acid reflux. So I wouldn't want to drink large amounts of it before playing. But it doesn't wake me up or keep me awake, so I don't drink it in the morning, or use it for energy or to combat sleepiness. I don't own a coffee maker, but I drink it occasionally, socially, at coffee shops, at people's houses, and in other social situations. One cup of espresso during intermission would have no effect, so if a friend was drinking it and I wanted to keep him or her company, I would do so.

November 24, 2018 at 04:06 AM · I used to require a triple espresso to make it through the second half of a nighttime orchestra concert. At this point Ritalin feels more effective. :-)

November 24, 2018 at 04:41 AM · I wish there was an option for being completely indifferent to caffeine before a performance.

November 24, 2018 at 10:55 AM · Coffee - nope. From one strong espresso, I suffer from excessive bow shakiness, and after a double espresso it turns into paradox reaction and sends my blood pressure down to the basement level.

Green tea, Mate - works somehow if not too much and not too strong. Here part of the caffeine is linked to tannins which retard it's effect and avoid the on-off-phenomenon of unconjugated caffeine (high and very short peaks in blood concentration) which causes hypercompensation and paradox reaction. This mechanism BTW is also the reason why there are do many people (especially on the elderly) who need a cup of coffee before going to bed.

Black tea - depends. A fine Darjeeling works rather like green tea for me. Assams or Assam / Ceylon based blends (like Irish breakfast or Ostfriesen) or other sorts containing a high tannine concentration cause no problem at all. Similar with most African black teas. It's all a matter of the caffeine/tannine balance, I guess.

November 24, 2018 at 12:58 PM · I agree with the other poster who said they would have selected an indifferent response to the question. There's a coffee machine in the back and I sometimes grab a cup before I play piano. This is after I've already had a cup earlier. It doesn't seem to affect me.

I'm not a professional violinist. If I had a very important concert and needed to maintain my focus 110% I would likely stay away from it awhile before I went on.

There are scientific studies that suggest a little coffee is actually good for you in moderation. The longer you drink it the more tolerant you become to it. Veteran coffee drinkers don't get nervous or jumpy. Has a more pleasant calming effect. You're alert . You aren't wired.

It can be a vice like any of the other things we tend to do. I usually have one or two cups a day. The effects of caffeine in green tea are are different. I'm not a huge tea drinker. To me drinking hot tea is like eating noodle soup without the noodles.Coffee has more substance to it.

Caffeine in plants is actually an insect repellent. The bugs can't handle caffeine and leave the plant alone. Probably wreaks havoc in their systems in large quantities.Humans on the other hand get along quite nicely with it in controlled amounts.

Probably healthier as a pick-me-up would be something loaded with the B vitamins. I have tried the powders like zipfizz. They work nicely as an energizer. The taste is nothing to get excited about though. My main motive for coffee is now enjoyment in drinking it, energy aside. Nothing like a fresh cup of just roasted Ethiopian Yirgacheff coffee. The smell alone is heaven.

November 24, 2018 at 07:37 PM · I always drink a cup of coffee before performing, unless it's a very late concert. No matter what times I go to bed and wake up, my hours of peak alertness are between 10pm and 2am, give or take an hour, so I need the caffeine to stay alert in the first half of any concert. It makes a huge difference. With coffee, I'm an effective section leader. Without coffee, I frequently lose count in long rests and make errors subdividing beats.

I don't drink coffee before practicing, but that's because I almost always start practicing after 9pm. By that time, I'm fully alert even if I've had no caffeine all day.

I agree with those who say that it doesn't matter much. Caffeine doesn't alert me at all.

November 26, 2018 at 04:38 AM · I only drink the occasional caffeinated beverage these days but find it doesn't impact my playing either negatively or positively. If I have a morning rehearsal I'll often pick up a latte or mocha on the way to wake up a little but don't need it for an evening rehearsal or performance. Just not a big deal for me.

November 26, 2018 at 09:56 AM · I am a tea-guy. I love tea and I am drinking a lot of good green/white tea. Sometimes black is good, but just at home. But I don't like coffee, I don't like the taste, and also I feel sick after coffee, I am sleepy, tired, heavy-stomached.

I can drink tea anytime.

Caffeine + adrenalin can make my muscles tight, even cramped. It's not a problem; performances happen at night, practicing in the day.

November 26, 2018 at 11:39 PM · While coffee is good for the circulatory system in general, my reading and experience indicates that caffeine contricts the blood vessels, and since I have Raynaud's and my hands are almost always cold when I perform, I try to stay away from caffeine before performing. I'll drink ginger tea or something that is literally warm (and has thermogenic properties), but even that doesn't fix it, since it's an adrenaline response. There's only so much you can do with chemistry if your head isn't in the game to begin with.

November 28, 2018 at 12:50 AM · If the performance is more important than the following night's sleep, yes, I'll have caffeine before it.