November 21, 2018, 10:00 AM · In an effort to promote the coverage of live violin performance, Violinist.com each week presents links to reviews of notable concerts and recitals around the world.

Tai Murray performed in recital at the Phillips Collection. 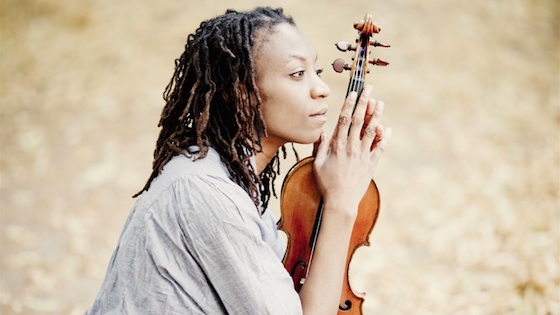 November 21, 2018 at 09:50 PM · I mean, the reviewer didn't actually talk about how she played, just that double-stops (abstractly) can cause intonation issues, and that The Last Rose of Summer was not gratifying to listen to, but doesn't make it explicit that Murray's playing didn't do the piece justice or detail any particular issues with her playing, so you end up not understanding whether the reviewer likes the piece and Murray didn't play well, or that the reviewer just doesn't like the piece and that Murray is presumably at fault for her choice of programming.

I mean, I'm all for calling out a bad performance, and I respect that people have different opinions on how a program should be laid out, but the "review" is a baroquely inept piece of writing.

Or why not just tell the truth and write:

Which at least relates back to the human condition. Sometimes I wonder if classical music reviewers even show up to the concerts that they write about, or if at this point, newspapers just figure that any gray-haired person who has watched an episode of Frasier should be reviewing concerts.

November 21, 2018 at 10:51 PM · No, she is an expert and a good writer, and she was probably being as honest as she could be. (Rest assured, there are plenty of reviewers out there that have no business doing what they do, but IMO that does not apply to her.) But the nature of writing a lot of reviews really is just a difficult situation. Not everything is going to be what you want to hear, or what you want to hear at 8 p.m. on a Saturday night in November, even if you might have enjoyed it at 2 p.m. on a Sunday afternoon in July. I find it to be some of the most difficult writing that I ever do; it always takes me four times as long as I think it's going to take, even for a pretty short review. And I have the benefit of being able to take a pass; if I feel like there was much to appreciate but I just can't authentically appreciate it, I can just not write the review. I don't think she has that luxury. That said, it would be interesting to hear what others felt about Tai's recital. There was enough in that review to assure me that there was plenty of impressive violin playing!

November 22, 2018 at 12:56 AM · Well, "The Last Rose of Summer" sometimes sounds like more effort than it's worth when played by the biggest stars. It sounds to me like the reviewer was disappointed to attend a truly solo violin recital without any Bach.

It's a hard war for the performer to win, though. If you play all-solo, you have to choose your program SO carefully, and maybe Bach is too obvious. Then again, if you perform with a pianist, then the critics expect two hard-core sonatas PLUS an encore or two.

By the way, if you're over your limit for WaPo articles, the trick is to press the "X" (stop download) button on your browser before the pop-ups appear. Takes a bit of practice, but as violinists, we're used to that, right?