November 14, 2018, 1:29 PM · On Sunday the New York-based Young Concert Artists announced five First Prize Winners in its annual International Auditions for 2018. They are: 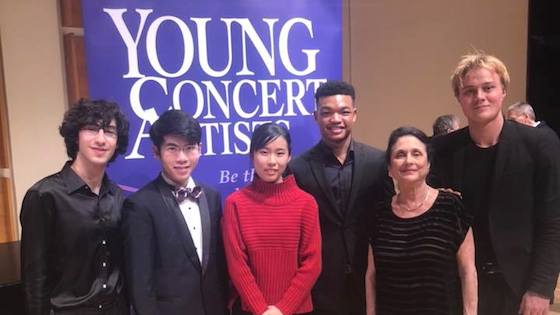 The five young musicians will join the roster of Young Concert Artists, which provides management services, publicity, career guidance and concert engagements, including debuts in New York and at the Kennedy Center in Washington.

Young Concert Artists is a non-profit organization founded by Susan Wadsworth in 1961, dedicated to discovering and launching the careers of exceptional, but unknown, young musicians from all over the world. YCA gives no rankings, and any number of winners can be selected – with each candidate competing against a standard of excellence, not each other.