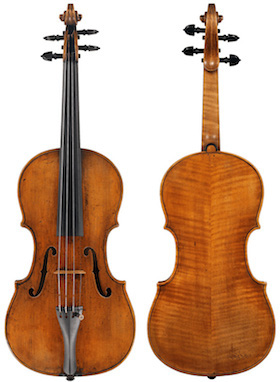 A native of Kentucky, Lark is known both as a classical soloist and a proponent of bluegress and new music, premiering works by contemporary composers and even writing some of her own. Last spring Lark received the 2018 Borletti-Buitoni Trust Fellowship, and prior to that, in 2016, she received an Avery Fisher Career Grant. She was the Silver Medalist in the 2014 International Violin Competition of Indianapolis and winner of the 2012 Naumburg International Violin Competition. Lark is a graduate of New England Conservatory, with an Artist Diploma from The Juilliard School, having studied with Kurt Sassmannshaus, Miriam Fried, and Lucy Chapman, Sylvia Rosenberg, Ida Kavafian, and Daniel Phillips.

The Stradivari Society has been pairing artist with instruments since 1985, beginning with the loan of the 1735 "David" Guarneri del Gesù to Midori. Encouraged by the late Dorothy DeLay (Midori's teacher - and many others'!), the late Geoffrey Fushi (of Chicago's Bein and Fushi) and Mary Galvin founded the Society to help pair fine instruments and patrons with promising young artists. 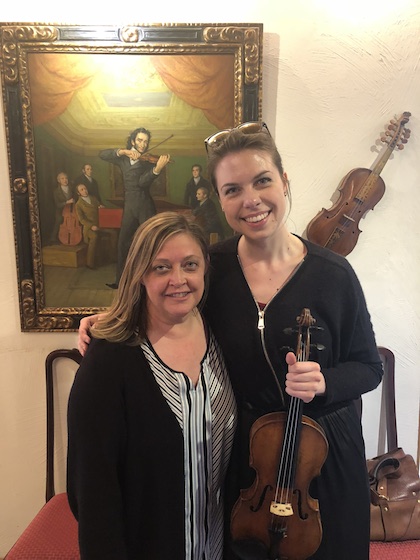