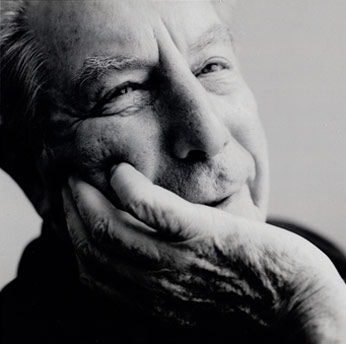 It's a new chapter for an instrument with a messy past. Totenberg, who was a pedagogue, performer and father of the well-known NPR correspondent Nina Totenberg, had played that violin for 38 years, all over the world. After it was stolen from his office by a violinist named Philip Johnson, Totenberg never again saw his violin in his 101-year lifetime. When Johnson died in 2011 at age 58, he left the violin to his ex-wife. Several years later, in 2015, she came across it while doing some spring cleaning at her Los Angeles-area home and decided to have it appraised. That's when she discovered it was a stolen Stradivari and turned it over to the FBI.

The Strad was returned to Totenberg's three daughters, Nina, Amy and Jill Totenberg.

"When we three Totenberg sisters got the violin back, we were intent on just one thing," Nina reported last week on NPR. "That the instrument, now known as the 'Totenberg-Ames' Stradivarius, would be played in concert halls everywhere and not be closeted away in some collector's vault."

To that end, they had the violin restored at Rare Violins of New York - a process that took more than two years. Then they set about finding a buyer -- one that would allow the violin to be played. "We could sell it for oodles in Asia but would likely never hear it again," Nina said on NPR.

An anonymous patron contacted the co-owners of Rare Violins, Ziv Arazi and Bruno Price, and encouraged them to set up an organization to allow wealthy patrons to invest in rare violins and then loan them to promising young violinists. This patron would start the collection by purchasing the "Ames-Totenberg" Strad and allowing it to be loaned. (Such a model has been in motion since 1985 in Chicago, with the Stradivari Society.) 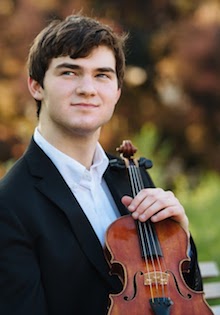 Last Tuesday Rare Violins of New York launched the program, called Rare Violins in Consortium, with the announcement of its first loan recipient, Meltzer, who accepted the instrument from the Totenberg sisters at a ceremony at the Rare Violins' 57th Street shop.

Meltzer studies with Perlman and Li Lin at Juilliard. He began his music education in a second-grade orchestra class in Vienna and attended Meadowmount, the Indiana University String Academy, the Perlman Music Program, and Juilliard Pre-College. Meltzer also won First Place and Audience Prize at the Windsor Festival International String Competition in 2017.

"Professor Totenberg didn’t live to see his violin recovered and restored by Rare Violins of New York, but today I had the privilege to play it for his daughters Amy, Jill, and Nina Totenberg, the newest unofficial members of my family," Meltzer wrote on his Facebook page. 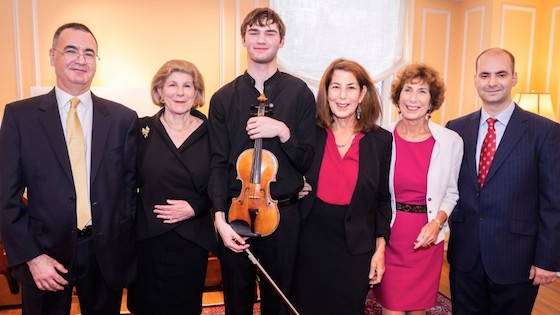 "For artworks such as this, as Nina has written, there are not owners or borrowers but basically guardians," Meltzer said. "Thanks to the generosity of its new anonymous owner, the vision of the Totenberg family, and Rare Violins In Consortium, I have the unexpected joy to be its next guardian. I hope, in some small way, I can continue to honor the memory of Roman Totenberg."

October 16, 2018 at 12:27 AM · Fine violins loaned from Asian collectors are being played all over the world. N. Totenberg’s ugly anti-Asian racism is on shameful display.

October 16, 2018 at 02:17 AM · Indeed, Richard Lin, the recent winner of the Indianapolis Competition, was playing on a Carlo Giuseppe Testore violin, circa 1700, borrowed from the Taiwan-based Chi-Mei Foundation. Also, many young artists play on instruments on loan from the Nippon Music Foundation in Japan. I'm so glad these kinds of organizations exist.

When selling a violin such as a Strad, one might get some outlier enormous bids from people who would not wish to loan out the instrument. Whether those bids came from Asia or elsewhere in this case, I can see how it would be tempting to take the gynormous payout rather than wait for the buyer who might pay less but would be willing to loan out the instrument. I am glad that the Totenberg sisters did indeed find a buyer that would agree to loaning it out -- and who knows where that buyer was from, in the end -- the investor remains anonymous.

October 16, 2018 at 03:28 AM · BTW, Asian collectors do not just loan their instruments to Asian violinists ( see the story below). N. Totenberg is uninformed or worse.

From 2001 to 2015, German violinist Frank Peter Zimmermann played a 1711 Stradivarius violin known as the "Lady Inchiquin", previously played by Fritz Kreisler. It was reclaimed in February 2015 at the termination of the loan contract.

In January 2016 Zimmermann was loaned the 1727 "Général Dupont" Stradivarius for an initial period of two years.[4] Also known as the "Grumiaux" Stradivarius, it had been owned by the celebrated Belgian virtuoso Arthur Grumiaux. The instrument is owned by the Chinese entrepreneur, philanthropist and amateur violinist Mr Yu, who purchased it in February 2015 through Rare Violins of New York for an undisclosed sum.

October 16, 2018 at 07:39 AM · That there are some Asian collections that lend instruments is hardly evidence that all potential purchasers would do so!

And what if the anonymous investor was from Asia?

That would make this anti-Asian diatribe a little silly.

October 16, 2018 at 07:18 PM · Still, one does wonder how Nina drew that particular conclusion. She doesn't strike me as the kind of person who blurts things out randomly. My guess is that someone advising her on this matter gave her a line of baloney and she didn't think it through.

October 16, 2018 at 07:27 PM · Or she was enamored of the alliteration in "oodles from Asia" and did not register that it also sounds flippant. Might have been better to just stick with specifics (whatever they were), i.e. "We had to refuse two very high offers from Asian investors who did not wish to loan out the violin, before we found an investor who did..."

I thought NT and her sisters did a pretty good thing.

OK. Maybe she misspoke or spoke carelessly but in no way do I think this rises to the level of name-calling.

Calling someone a racist is a big deal in my book.

From what I read, there are some great young up-and-coming violinists from the Asian countries. Perhaps some of the wealthy Asian violin owners lend out their violins to these young artists?

October 17, 2018 at 02:46 AM · Or maybe, just maybe, they'd already received a number of bids from interested Asian purchasers who were not interested in lending the violin. Not sure why this is so difficult to comprehend. But if you think you know best, make yourself known in the high-end violin world and when something special comes up for sale, you'll probably hear about it. Then you'll have an opportunity to put your money where your mouth is.

Violins have migrated around the globe depending on where the new money is, and where the old violins were. Obviously, many started in Italy, then spread elsewhere in Europe. The English bought them from the continental Europeans. The Americans bought them from both. The Koreans, then the Chinese and some Russians got in on the action.

October 17, 2018 at 01:50 PM · Just replace her reference to “Asia/Asians” with “Israel/Jews” and see how that sounds. She may even get a response from The Anti-Defamation League.

October 17, 2018 at 02:18 PM · The Totenberg family paid back the insurance proceeds. They were the lawful owners.

October 17, 2018 at 02:44 PM · "We could have made oodles of money from Israel, but might never had heard the instrument again." Still doesn't sound like racism.

Sounds like she was talking about proximity to the instrument.

Any mention of race (in fact, they did not mention race, but a continent or location) is not racism.

fine instrument insurance policies often include the right to repurchase a recovered instrument for whatever amount was paid out on a claim.

October 18, 2018 at 02:54 PM · It’s very nice Nathan gets this wonderful opportunity. It is important to note that Phillip Injeian the wonderful violin maker was the one who initially found the violin. He was emailed pictures of the instrument from the widow of the thief and alerted the FBI. Without Mr. Injeian’s expertise, the instrument would probably be still missing and unaccounted for. He deserves a lot more credit than he’s received.

October 18, 2018 at 05:16 PM · It is interesting those who can so lightly joke about racist remarks are almost always those who have never been at the receiving end of them.

I bet most of those whose utterance condemned by the The Anti-Defamation League never had a problem with what they say.

October 19, 2018 at 03:19 PM · "We could sell it for oodles in Asia but would likely never hear it again," Taken out of context this quote sounds racist but my sense is that the message was to those who wondered why they did not go for the maximum cash value.

"That the instrument, now known as the 'Totenberg-Ames' Stradivarius, would be played in concert halls everywhere and not be closeted away in some collector's vault." now add "We could sell it for oodles in Asia but would likely never hear it again,"

The sad reality is that many rare instruments are purchased for their financial value and wind up in vaults all over the world, never to be heard again. Currently the bidding wars are largely in China. That doesn't make them bad people, just wealthy.

If Totenberg's statement is racist, what is the current movie: "Crazy Rich Asians" if not racist.

In the end a rare instrument is back in performance mode and the sisters will hear it played many times.