October 2, 2018, 4:00 PM · In an effort to promote the coverage of live violin performance, Violinist.com each week presents links to reviews of notable concerts and recitals around the world. 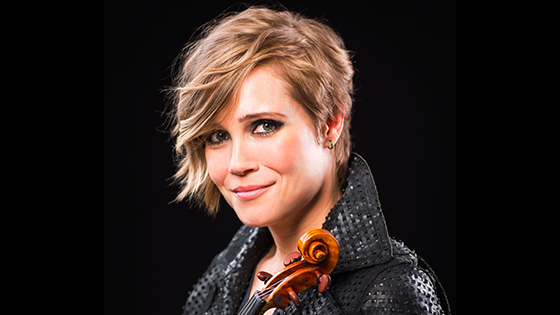 Lisa Batiashvili performed the Tchaikovsky Concerto with the Philadelphia Orchestra for the University (of Michigan) Musical Society.

Hilary Hahn performed the Bach Double with Margaret Batjer, and the Concerto in E major with the Los Angeles Chamber Orchestra

Frank Almond performed Bach’s Concerto for Violin in A minor and Vivaldi’s "The Four Seasons" at Frankly Music in Milwaukee.

I was really impressed with both them - Hagen produced a wide variety of sounds, varying his vibrato a lot throughout, and especially in the Janacek, producing a very sweet and open sound with a relaxed vibrato, and contrasting really stormy dissonant parts with a more tense and intense vibrato. His sound was very beautiful and fluid throughout. My only complaint would be that his spiccato sometimes had too much grit, so that you got a lot more of the sound of the bow scratching against the string than note itself - This makes sense in the context of certain sections of the Janacek, but less so when I heard it in the Dvorak. But in general the excellent bowing was really used in services of good, fluid phrasing. Some of the dissonant modernism of the Janacek was leaned into occasionally where some of the phrases were played for their jarring effect a little more than melodically - There is a particular phrase that the violin repeats in the last movement that was done very percussively, which I found convincing and in the character of the piece. Contrasting with a recording of Midori I own, who plays the recurring phrase more melodically - I appreciate both approaches.

Weiss had a beautiful sound throughout, and the detail always came through in his playing, with a lot of the filigree in the Franck Sonata brought out carefully, and with a very beautiful left hand. He never had a glassy sound in loud passages.

I would definitely be interested in seeing either of them again, and especially look forward to hearing Hagen.

October 3, 2018 at 06:41 AM · I saw Ilya Gringolts play the Paganini; incredible. Most amazing feat on the violin I have ever seen.