January 26, 2017, 12:55 PM · Welcome to "For the Record," Violinist.com's weekly roundup of new releases of recordings by violinists, violists, cellists and other classical musicians. We hope it helps you keep track of your favorite artists, as well as find some new ones to add to your listening! 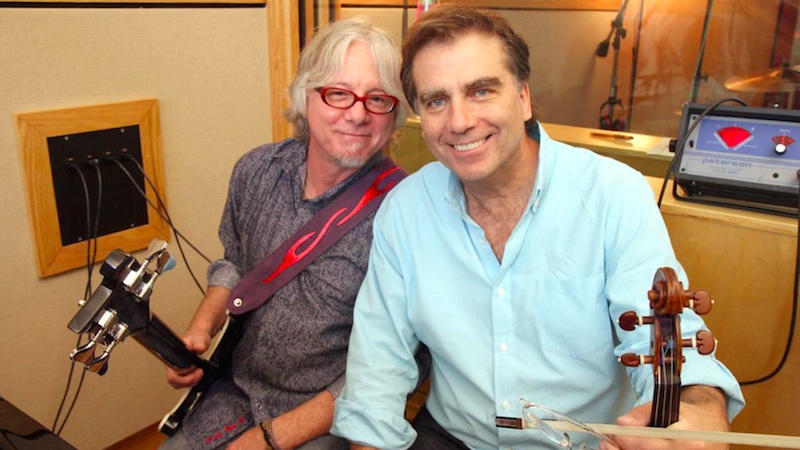 Violinist Robert McDuffie has recorded a concerto written for him by Mike Mills of the band R.E.M.: Concerto for Violin, Rock Band, and String Orchestra. It's Mills' first-ever classical composition. The two have known each other since growing up up together in Macon, GA. "Mike has created a beautiful and joyful concerto,” McDuffie said. "It’s a work that goes straight to your heart, and by the end you'll want to dance and move to the South." The recording also includes John Adams’s "Road Movies" for violin and piano; and Philip Glass’s Symphony No.3. Here are some excerpts:

It's one of those enduring tradition in classical music: the annual New Year’s Concert with the Vienna Philharmonic, held in the Golden Hall in Vienna’s Musikverein. This year, Gustavo Dudamel led the band, the youngest conductor to ever do so, at age 35. Dudamel, who regularly guest-conducts for the Vienna Phil, is Music Director of the Los Angeles Philharmonic. The event was broadcast to more than 90 countries, with more than 50 million viewers. The New Year's event, which goes back to 1842, when Otto Nicolai conducted a "Grand Concert" with the members of the imperial court opera, is considered the origin of the orchestra. And here it is, if you would like to listen for the next hour!

Violinist and conductor Gidon Kremer has lately been a champion of the works of Mieczyslaw Weinberg (1919-1996), a Polish-Jewish composer who fled his homeland after the Nazi invasion in 1939, and settled in Moscow, where he spent the rest of his life. This album, which contains four chamber symphonies as well as a 1944 Piano Quintet, is also a celebration of Kremer's 70th birthday. Kremer called the chamber symphonies, written in the last decade of the composer's life, "the most personal reflections of a great composer on his own life and his generation, like a diary of the most dramatic period of the 20th century."

January 27, 2017 at 04:16 AM · In the depths of this website there is somewhere one of my articles that deal with concertos for violin and rock/pop band. It is interesting to see that another example was added to this tiny group of compiositions. Everyone who is interested in other examples, should look for my article.

January 30, 2017 at 03:37 AM · It's amazing to go to see this site and reading the views of all mates about this article, while I am also zealous of getting experience.