August 18, 2014, 2:18 PM · "The seventh wonder of the world -- that is your Strad," said violinist Oleh Krysa, nodding to Bill Sloan, who along with his wife, Judy, own the 1714 “Leonora Jackson” Stradivari. The occasion was the 300th birthday of "Leonora," for which about 30 people had gathered at the Sloan's Los Angeles home for a small recital by Oleh earlier this month.

Ukrainian-American violinist and Eastman School of Music Violin Professor Oleh Krysa is a longtime friend to the Sloans, and to "Leonora." The Sloans and "Leonora" met Oleh and his wife, Tatiana, one blizzard-y night in 1989, when Oleh was giving a concert in Detroit.

Leonora's birthday recital was a bittersweet occasion; Oleh's wife, pianist Tatiana Tchekina, died last December in a tragic accident, when the couple's car was hit head-on by a drunken driver going the wrong way on the highway. The couple had been playing together since 1967 and had made more than 20 albums together; in fact they had played annually at the Sloan's house.

On this night, Oleh played solo, with all unaccompanied works: the "Chaconne," from Bach's Partita in D Minor, and the "Partita" for solo violin by Vytautas Barkauskas. The "Chaconne" is an epic journey through dark and light and back; by many accounts, it was written by Bach after the death of his first wife. On this night, a cool breeze finally conquered the summer heat and began to filter through the open window as Oleh played. Through that window also came the sounds of LA: the cars, the neighborhood. The Sloans' tiny fluffy white dog ran about playfully. Friends old and young sat on assortment of couches and chairs, the grand piano silent in its corner.

The "Chaccone" is a piece that seems too harmonically involved, too emotionally complex, too big for one person's hands on a single violin. Yet here it was, living again through Oleh Krysa and through "Leonora," overpowering all distractions, a voice from the past right here in the present.

The "Partita" by Vytautas Barkauskas was a different kind of adventure, full of fits and starts, dissonance and special effects. It begins with a "Preludio" and ends with a "Postludio," and the dances in between are not gavottes and minuets, but rhumbas and foxtrots that poke through a largely clashy-clever musical tapestry. After hearing it I was curious about the score to this piece, written in 1967. It's not surprising that Oleh Krysa would come up with such an interesting piece; once a student of David Oistrakh, Oleh was friends with Alfred Schnittke and has championed and premiered many new works by modern composers.

What must "Leonora" think, with her 300-year perspective? 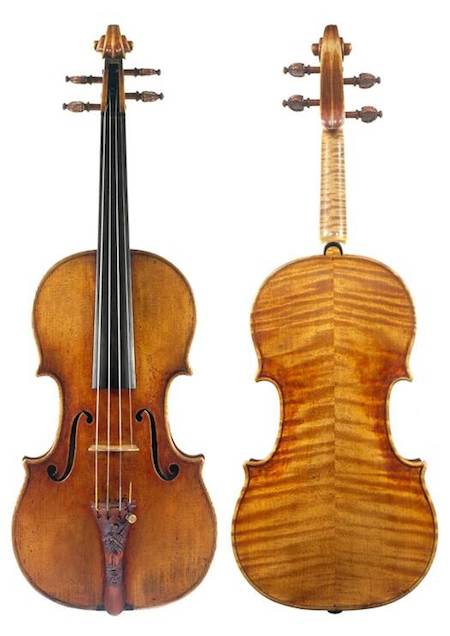 Okay, maybe I'm going overboard here. "Leonora" is not a person; she's a violin. But look where "Leonora" has been, since her conversion in 1714 by Antonio Stradivari from the wood of several age-old trees that sang only when the wind blew through the forest, to a fiddle with a voice like a human:

"Leonora"'s first owners were various European aristocrats, but the violin's history gets quite interesting in 1880, when the great Hungarian violinist Joseph Joachim acquired the violin. In 1904, the instrument came into the hands of the American violinist Leonora Jackson McKim, who had studied in Berlin with Joachim for four years and also made her professional debut in 1896 under his baton with the Berlin Philharmonic. She likely acquired the violin through her connection to Joachim, and the violin came to America with her and now bears her name. 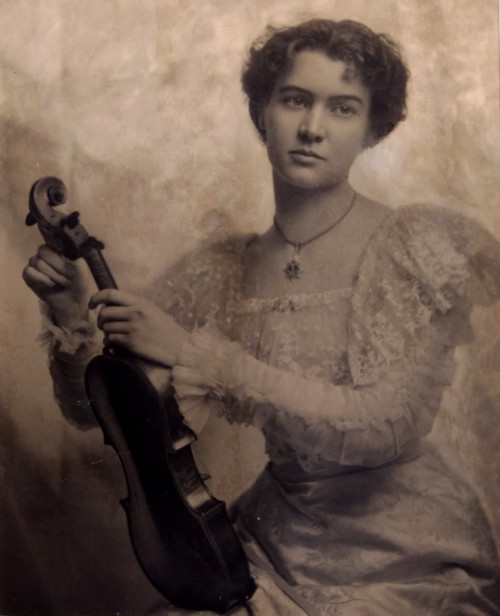 Leonora Jackson concertized with the violin until marriage ended her career in 1915, after which she sold the violin in 1919. The violin was held privately until Bill and Judy Sloan bought it in 1983. Since then, the violin has been played by many of the great violinists of our time, including Philip Setzer of the Emerson String Quartet (who recorded the Schubert String quintet, Prokofiev String Quartets Nos. 1 & 2, Sonata for 2 violins and more with the violin); Jan Talich of the Talich String Quartet for a recording of Mendelssohn Op 44 string quartets; Oleh Krysa for for performances in Kennedy center and Alice Tully Hall; David Taylor for a performance of Haydn's Symphonie Concertante with the Chicago Symphony in Orchestra Hall; and Eugene Fodor for a tour in which he played Vivaldi's Four Seasons. Just last spring, Chee Yun played the instrument in the Los Angeles Chamber Orchestra's Strad Fest (and the earth quaked as she played "Introduction and Rondo Capriccioso"!).

What do you call an object that has a history, a discography, and even its own exceptional voice that has been singing for 300 years -- a voice that can make people cry, make them laugh, that can give expression to their deepest emotions? "Leonora" may not be a person, but Oleh Krysa had it right: she is a wonder.

August 24, 2014 at 12:30 AM · Thanks, Laurie, for the interesting history of a beautiful instrument. As an adult student, I am always in awe of the great beauty of the instruments who need great artists to truly make them sing. I wonder what it feels like to play one of these treasures. Perhaps next time I'm at the violin shop I'll ask to try one of the upper end instruments to satisfy my curiosity. Thank you again.