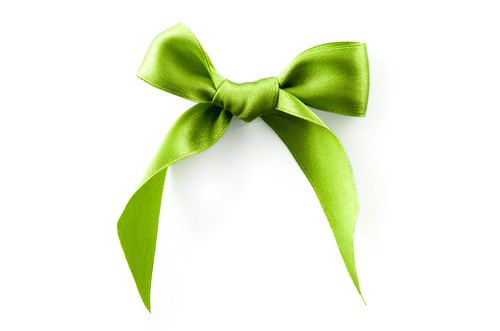 When my daughter was a freshman in college, she attended a summer festival on the other side of the continent. While she was there, a wealthy philanthropist offered her the use of a bow that he owns—a family heirloom. It was an excellent bow by a London-based firm whose name would be familiar to anyone with more than a passing interest in string instruments.

My daughter was honored to accept the loan, which was open-ended, so she brought the bow home with her at the end of summer. This is not the first instrument she and her sisters have borrowed, and the arrangement has always been that we cover the item on our family's instrument insurance policy with the stipulation that any reimbursement should go directly to the owner. I contacted the philanthropist and asked whether he wanted me to insure the bow with him as the loss-payee.

The philanthropist told me by email not to bother with insurance. "... the money means nothing compared to the family value." It made me nervous to think that my daughter would be custodian of another person's valuable object without any protection. So I did add it to our instrument policy, which meant first getting an appraisal. Turns out it was worth 50% more than the philanthropist believed—perhaps only pocket change for him, but definitely not for us. I wanted to make sure he would be repaid fully if the bow were damaged or stolen.

Fast forward three years. A few days after her graduation recital, the philanthropist emailed my daughter to check in and ask what her plans were. He also asked her to return the bow: he had another student in mind to lend it to. This was not the best timing: two weeks before her graduation jury. He asked her to send the bow by FedEx. Perplexed, my daughter telephoned me, wondering how one FedExes a valuable violin bow. Wrap it in bubble wrap? Put it in a tube?

Good thing my daughter has another bow, a wonderful contemporary bow made by American maker Lee Guthrie, which she purchased herself while in high school, with money saved from gigs and appearances. The following week, while she practiced ferociously for her juries, I took an Amtrak trip to visit my daughter, for her birthday.

Outside, it was monsoon weather. The train station was full of TSA agents. As it nears the anniversary of Bin Ladin's assassination, security is high. The dangerous-looking bow case that I was carrying attracted the attention of Homeland Security officers, who pulled me out of line to examine it. They swabbed down the bow case and my backpack while their dog trod up and down, sniffing.

The officer shook her head and waved me back into line, with a bored expression.

In the end, the exchange was easy enough. After lunch, my daughter removed the bow from her violin case and put it into the TSA-attracting bow case. Because it was pouring outside, I wrapped the case in plastic umbrella wrappers, and then tucked it inside my own raincoat, for good measure, to protect it during the half-block walk to the subway. A bow case concealed in a raincoat looks more suspicious than a bow case in the open—but on the trip home I was ignored.

This morning I drove it to the shop of a bowmaker and dealer and paid her to prepare and ship it back, properly, to the owner. It'll be there Monday, safe, I hope. Then I'll be sure to cancel the insurance.

I know many musicians—and probably you do, too—who lost use of their loaned instruments and suffered for it. Famously, there is Dylana Jenson, whose cruelly recalled Guarneri del Gesu severely impacted her ascendent career. But there are many others: a violinist we know whose beautiful 18th century instrument was reluctantly called back after many years because its owner fell on hard times; a violist we know who had to return her viola because its owner, who had been focusing on baroque playing, suddenly needed her modern instrument again; the conservatory student who lost "her" violin because the owner, a professional player, was selling two instruments to trade up for a better violin for herself.

A few years ago I lent one of our violas to the violist, above. It's not a great instrument. It's decent, though not nearly good enough for a player of her stature. But it's what she's got for the time being, and I'd be hard-pressed to yank it away from her before she can replace it with a viola worthy of her talents.

When the instrument or bow doesn't belong to you, it can be recalled at any time. And no time is a ever good time. But does this threat of living with continual insecurity mean that musicians should avoid instrument loans? You must weigh the benefits of the relationship against the potential devastation of loss. And make sure you have a backup in place.

Months, or years spent in the company fine instrument or bow will bring help to bring your playing to the next level, and beyond. The sorrow of parting is painful, but it's better to have loved and lost, and grown.