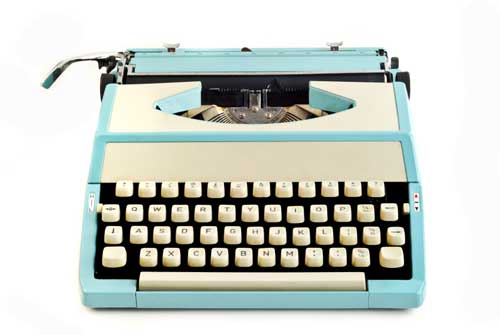 A few months ago I attended a reading by a friend of mine who was on tour promoting his latest novel. I brought my personal copy of his book to the event for him to sign. Good thing, because it turns out that I needed to follow along the printed text to make out what he was saying. He rushed and stumbled over his own sentences as if they were unfamiliar to him. His enunciation was a disservice to his stylishly crafted prose, and I was dismayed to think that some in the audience might dismiss his writing because of its poor delivery.

Later, over coffee, he admitted that he does not like to do live readings. No surprise there: many of us writers are uncomfortable reading our work aloud. A writer's relationship is with the written and printed word; our relationship with our readers is quiet and indirect. The last thing on our minds when we are writing is that someday we'll be marched onto a stage and forced to perform it in front of an audience.

And yet we must. Interacting with the public is part of the business of being a writer, or any kind of artist. My friend confessed he's dreaded public readings ever since graduate school, when his mentor told him that he was the best writer he'd ever taught—and the worst reader. "I try to go slowly, but I'm so anxious; I hurry for fear of running out of time."

The idea suddenly came to me that maybe he should take a few sessions with an acting coach. I probably wouldn't have thought of it on my own, but my youngest daughter is a theater student, and I recently learned that her acting teacher sometimes coaches writers to help them develop vocal, physical, and emotional techniques for reading their work aloud in public.

My friend didn't think much of this suggestion. In fact, I'm afraid he was insulted. "I've worked very hard at becoming a better reader—and now you're telling me to take acting lessons!"

I asked to describe his practice method.

"You never read your work aloud except during the actual readings?"

"Never. These are my words. I wrote them. I don't need to practice."

Well, I need to practice. I know that I cannot rely on "trying very hard" during the moments of performance when my adrenalin is high and my head is filled with distraction.

Every time I do a reading of my own work I prepare by rehearsing the passage with a timer running. I note in pencil which words to emphasize and when to take a breath. If I don't practice, then in the pressure of the moment, I'm liable to twist and contort the very passages that I've fussed over for days to get right on paper. If I don't practice, I'll read too quickly; I'll swallow the ends of my sentences. I'll not give the pauses needed for the reader to savor my words. After I practice, I record myself and play it back—always a mortifying experience. My voice is too high. Those awful regional vowels. Then I go back and practice some more. It is a miserable, time-consuming effort. Maybe I'll never get good, but I do get better—enough.

A few weeks before her senior recital, the dean of my violinist-daughter's conservatory asked her to take part in a pilot program in which students would speak from the stage to audience members. My daughter was happy to participate, as she was already planning to speak during her recital. In preparation, she met with faculty to discuss her ideas for her speech, wrote it, memorized it, and then submitted a video run-through, recorded on her laptop computer.

The first ten drafts of the recording mortified her: "I keep saying 'um'. My voice is so high-pitched." Finally, she uploaded a draft, got some feedback from the faculty advisor, and then practiced her talk some more. On the night of the performance, she walked out on stage with confidence—and promptly spotted, in the second row of the audience, a long-time friend who'd flown in for the concert from Nashville without telling her. Without missing a beat, my daughter acknowledged her friend's surprise appearance, and continued with her speech. She was able to be gracious, and to make an extemporaneous adjustment without being thrown off because she was prepared.

This summer, after graduation and before she goes off to her chamber music festival, she's planning several sessions with her sister's acting coach to work on her speaking skills. I credit her college's administration for recognizing how crucial it is for musicians to be skilled at verbal communication, both on- and offstage. Maybe in the future they will consider integrating speech training into the curriculum for instrumentalists. And even if they don't, it's up to the individual artist to take active responsibility for her self-presentation. Even when that means getting out her comfort zone and exploring the techniques of a complementary discipline.

From 93.116.187.104
Posted on April 18, 2014 at 3:46 PM
I really like and appreciate your post. Keep writing.
From Laurie Niles
Posted on April 18, 2014 at 6:06 PM
I've played a few recitals for which I was MORE nervous about the "speaking to the audience" part than I was for the playing part! By now I've become pretty accustomed to this; as a teacher I always speak at the recitals. But since you mention book-readings, I had my very first one a few weeks ago, and predictably enough, I spoke too fast!
From 71.211.117.157
Posted on April 19, 2014 at 5:33 PM
We have always encouraged (the nice word for it) our 12 year old daughter to speak in her violin recitals. It has been very good for her and we recognize it as a necessary part of her art.