A Parents’ Guide to Conservatory Auditions, Part 21: Waitlisted—now what? 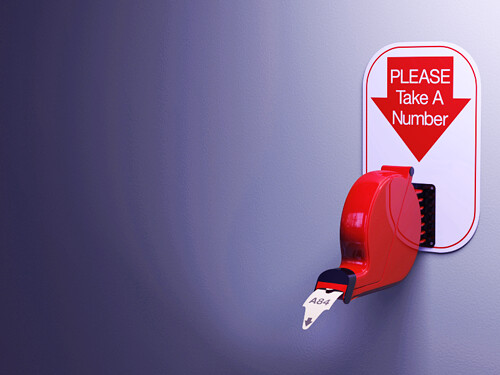 For weeks you've lain awake at night hoping that you'll be accepted, yet simultaneously steeling yourself for rejection. The only thing that's kept you sane is the knowledge that, whatever happens, the uncertainty will soon be over and you’ll move forward with your life.

Except not. The email finally arrives, and: April fools! It isn't over, after all. Not for you.

Welcome to the waitlist.

What does it mean? At first glance, hard to know. Every college waitlist is different. Some are merely soft rejections. Some colleges accept zero from their lists, year after year. Elite universities are known to waitlist thousands yet admit only a few dozen from that group. The good news, however, is that conservatory waitlists tend to be short and sincere.

Why are they doing this to me? One exasperated student blurted, "They still haven't decided whether they want me or not!" Wrong—a waitlist is not the same as a deferral. If he was waitlisted, it means that he has passed the audition. He is "wanted." But there are too few spots to accommodate all qualified applications, so, from now on, it's about the numbers. A waitlist is a tool that helps a college insure it will achieve its targeted "yield", that is, the percentage of admitted students who will matriculate. But not all waitlists are equal. Some programs match the number of admissions to the exact number of openings, then create a short list of qualified candidates to fill in any spots that aren't taken. The chances of being admitted from such a waitlist are high. Other schools over-admit, based on their data for previous years; if and when these extra spots are declined, they go to their waitlist.

What should I do if I'm waitlisted? If you're satisfied with your other audition results, decline the waitlist spot and move on. In other words, don't stay on a waitlist just to find out what will happen, or to belt-notch—it's bad for the soul. But if the school that waitlisted you is your top choice, make the admissions office aware of your desire to attend. This means writing a letter or email to the director of admissions and, if you auditioned for a specific studio, to the teacher.

It's also worth a call to the admissions department to ask the following questions: how long is the waitlist, and what is my position on the list? Also find out how many accepted applicants must decline before they go to the waitlist. If the conservatory has openings for 20 violinists and has admitted 25, then 6 must say no before the waitlist is touched. That's a very different scenario from a school who admits 10 for 10 spots and goes directly to the list as soon as anyone declines.

Be prepared for the possibility of being told that the list is "unranked". In an unranked waitlist, when a spot opens up the entire pool of waitlisted candidates is re-evaluated by the admissions department or the faculty or both. They may take into consideration qualities such as gender, demographics, or the applicant's ability to pay, although conservatories are generally most interested in studio fit.

What do I say in my letter?  Before you write, get your emotions under control. When you first heard the news that you were waitlisted, you may have felt relieved because, after all, a spot on the waitlist is a foot in the door. Or perhaps you felt hurt, disappointed, crushed, deflated, humiliated, and devastated. Possibly you were boiling with resentment because Punchinella and Fauntleroy got in, and everyone knows you're a better violinist than Punchinella, and Fauntleroy can't play his way out of a paper bag, and it's just so unfair, and, and…. If this sounds familiar, stop right there.

The admissions staff and the faculty go through this process year after year. They already know that applicants are anxious about being stuck in limbo. They also know that a good measure of a person's character and maturity is how well they deal with adversity. Who would you want in your school or studio: a student who handles small setbacks with aplomb, or a whiner?

Your letter should be calm and positive, reflecting your interest in the conservatory and explaining why it is your first choice (without denigrating other programs, of course.) It should come from your heart, in you own words, and not sound as if it were written by your a marketing firm hired by your parents. The email should be formatted respectfully ("Dear Dean Mumbletoes, or Dear Professor Pluffinstuff", not "Hi,—".) Now's the time to demonstrate that you've done the legwork: let them know, succinctly, that you appreciate the advantages of the program's curriculum and its extracurricular offerings. (And, if you don't  know enough about the school to write a compelling letter, then why did you accept a spot on the list?) Don't dwell on the reputation of the institution (only the shallowest students pick a school for its reputation), and don't emphasize what the conservatory might do to benefit you. You are a waitlisted violinist, a dime a dozen. Show with your words that you are a student who will bring value and credit to the school.

Should I send updates or supplementary material? No, to the latter. You've already convinced them, though your application and audition, that you are qualified for admission. They don't have time to read your novel or watch your YouTube links. But if you've added significant accomplishments to your resume since you uploaded your application last fall, do send an updated CV. What's "significant"? Winning a competition; performing on From The Top; organizing a new outreach program for inner-city kids. What's not? Your senior recital; going to Europe with your youth orchestra (unless you've been named soloist for the tour.)

What about letters from advocates? If a faculty member, board member, distinguished alum, or internationally recognized musician is willing to vouch for you, by all means ask that person to write a letter in your behalf. But don't bury the admissions office with letters from community orchestra conductors and high school music directors.

Should I visit in person? Don't show up unannounced. But if you can afford the time and expense, call the admissions department and ask if you can make an appointment to come by to talk to them in person. A relaxed, face-to-face chat will help you understand the process and will help to establish your commitment.

How often should I check in with admissions? There's a fine line between communicating  enthusiasm and being a pain in the neck. Check in now and then to let them know you're still interested and to make sure you're still on the radar. But don't pester them with daily email, phone calls, singing telegrams, or skywriting.

Should I commit to another school while I'm waiting? Unless you are willing to risk taking a gap year, you will need to have a deposit in place at your second choice school by May 1. If the waitlist offer comes through, you will likely forfeit that deposit. You may also be required to produce a letter of release from the institution you've committed to.

Will I have any chance of financial aid? Conventional lore says chances of merit aid are lower for students admitted from the waitlist, but anecdotal evidence shows otherwise. When students who were admitted in the first pass turn down acceptances, scholarship money may be reshuffled. You'll still be eligible for federal aid, and many institutions work behind the scenes to make it possible for all admitted students to attend.

A note to parents. Learning that your student has been waitlisted is a bit like being told that your pregnancy will continue for several extra months. It's tough on the whole family, but you can lend support by emphasizing that long term goals are more important that short term setbacks. It might help to reread my essay here on luck.

"When one opportunity evaporates, a hidden one emerges. The train you were sprinting towards pulls out from the station—revealing the second train. If you remain focused on the train you missed, the second train may run you over in its tracks. Instead, catch it, and travel to your as-yet-unimaginable future."