Rankled by rankings? Read on. 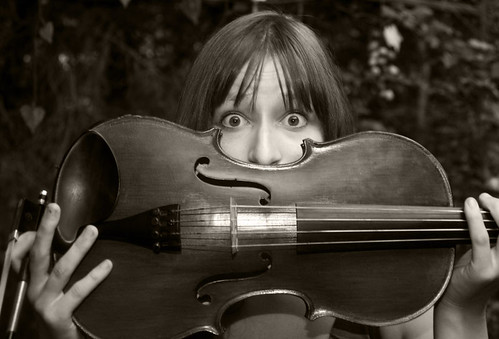 I don't need to tell you that Americans are obsessed with rankings. If you crave attention on the internet, just create a website that ranks... anything, and we'll all click on it. Extra clicks if you rate institutes of higher education. Because that taps directly into the anxiety of parents, students, alumni, prospective students and their nervous parents.

Last month, an upstart—er, I mean startup—website called "College Factual" ranked the University of Pennsylvania, my alma mater, the #1 university in the U.S. Don't get me wrong: I love Penn, and I was quick to share this news on Facebook. But is Penn really the best in the nation? In their methodology Penn's ratings were skewed by high income levels of recent graduates—because Penn has an undergraduate business school.

I teach creative writing at Penn and I know in my heart that we have one of the best programs for undergrad writers, but my students' low-paying literary successes are not going to make a blip in a ranking system this crude. Which is okay, since in theory, at least, writers don't care about this kind of stuff. Anyway, we have Wharton to carry us across the finish line.

Earlier this year, according to USA Today, College Factual ranked music colleges and their number one pick was Southern Methodist University. Kind of odd, right? Not to say that SMU isn't the best music college for some students in this wide, wide world, but it's not exactly the first school that springs to mind when you think "top music colleges." Maybe the ranking makes sense in light of their methodology, which focuses on how much salary money recent grads make per tuition dollar. But is that the way to choose a music school (or any school?)

Last week, Norm LeBrecht (not the deepest reader, but he has a pretty fair reach) proclaimed, "Finally, a credible list of the best US music colleges!" on his blog Slipped Disc. He didn't name the top school (it was I.U.) but posted a screenshot from their website.

The rating site in question looks familiar because it's a revision of a site cooked up by an entrepreneurial young composer earlier this year, mainly for purposes of shilling an e-book and snagging speaking engagements. Audacious, but you have to give the guy credit for chutzpah.

The current incarnation, replete with selfies of the site author and padded with his chatty personal blogs, is a little embarrassing to read (his "Methodology" page is an admission that there is no methodology.)

Unlike College Factual, the author is a musician and his picks are within the ballpark. But like CF, he's out to make a buck off anxious parents. His rankings are based on an amalgam of hearsay, information available on public websites, and personal opinion.

Thanks to Slipped Disc's boost, the site is getting traffic and everyone is peeking to see how their favorites scored. LeBrecht gloats, "Juilliard will have sleepless nights at being placed third." Last I checked Juilliard, being an inanimate institution, was not capable of sleeping. And even it it were, I don't think it would lose even thirty winks over a self-proclaimed UMich grad's ramblings.

People, as you already know: there is no best music school in America. There are many excellent schools, and some good schools, and some okay schools, and some pretty awful schools. But what's excellent, best, okay, or even terrible will vary from student to student. Rankings and best-of lists are helpful if you're purchasing a coffee maker, but useless for selecting a music conservatory.

Some students agonize over which school to choose, but the truth is that they could flourish at many different environments. Others end up in gut-wrenched misery at what they thought was their dream school. For most, the "best" school ends up being a compromise.

There's only one ranking a student can rely on: the list you come up with on your own. It's a tailor-made, nuanced list that will be different from your youth orchestra stand partner and different from anything you see on the internet.

Here are a few ideas to keep in mind as you build your personal best-of list:

Conventional wisdom says, "go for the teacher." But what if your perfect teacher retires or takes another job halfway through your college career. (It happens more than you'd think.) Be sure to pick schools where you can continue flourish even if you lose your first-choice teacher.

Some say, go for the best financial package, and of course you don't want to bankrupt your future. But what if you take the cheapest route through undergrad will you be prepared enough to get into grad school?

Some say, go for the school whose students win jobs. (By "jobs" read: orchestra positions.) Is that what you really want? If the life of an career orchestra player is sounding precarious and depressing in this day and age, look further into what graduates are doing five and ten years after graduation.

#5. Education Portal. The generic sounding name of this website inspires confidence that they will give me informed and well-balanced report. As does the listing for Full Sail University in the right sidebar.

#4. College Factual's Other List. The list linked to above on the US, that has been widely quoted and appears on the SMU website, doesn't actually correspond to any list on College Factual's own site except the list for "highest paid grads". Something tells me the grads of these schools listed are not making a living in music.

#3 Music School Central. Be sure to buy the E-Book! Click to buy now!

#2 McSweeney's Internet Tendency. Did You Go To One of the Best Schools in the World? I know I wish I did.

From Kate Little
Posted on October 5, 2014 at 2:22 PM
After reading this, feeling riled by rankings! ; )
From 107.77.80.82
Posted on October 5, 2014 at 9:53 PM
Which music jobs are determined by the school name on the diploma? All the professional performing positions require some minimal demonstation of competence. The crucible for soloists is even more intense. I know that meaning faculty appointments require an audition or demonstation of capability. I live in Houston. We have two good music schools. I am sure that Shephard School at Rice a University is a better known school but Moores School of Music turns out excellent musicians who win seats and appointments.
From Claire Allen
Posted on October 5, 2014 at 10:09 PM
This is very true - I loved what you said about the environment. I went to a small liberal arts school for undergrad and loved my teacher, but then I went to a large conservatory for graduate school and loved my teacher too. However, the biggest difference was the environment and being surrounded by players who were just at another level that helped me thrive and raise my own level.

You'll see your teacher one hour or two a week, at most. You'll be at the school the rest of the time - and living in the place where the school is. It's important that there's more than just a teacher!

From Bill White
Posted on October 11, 2014 at 12:12 AM
My son recently matriculated at a small choir college in New Jersey. He was not even auditioned at the Jacobs School of Music in Bloomington Indiana, and at one other school he was quite interested in. The campus visit to IU was an overwhelmingly emotional experience for me, and I was crushed when IU didn't audition him, as I went there as an undergraduate Math major, and then as a graduate Computer Science student. But when I regained control of myself, and then later on, when I concentrated on his interests and not mine, I realized that he's probably in the very best school for him. He loves his teacher, and she is very competent. She also seems very sensible. He's surrounded by Opera students, which is what he wants more than anything. His academic classes even have some musical aspects. For example, his Italian class studies Italian musical texts. It's a really wonderful school, but not one that would be on anybody's top 10 list. (I may be wrong about this. It might be on every Opera singer's top 10 list. I'm just a hokey hacker, so what do I know?)