Staying in the Game - Increasing Repertoire 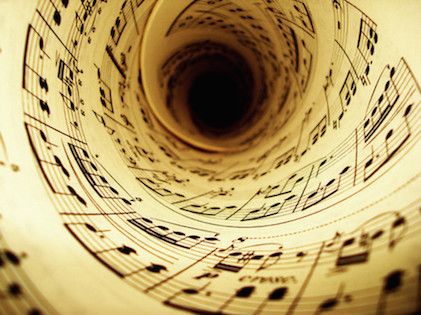 Keeping current with new repertoire while maintaining a teaching or performing schedule is certainly a challenge. This has been a hard one for me to stay committed to throughout the years, but now in my forties, I can say that it has made a huge impact on my career and my ability to relate to my students.

As I became more involved with a few conductors and pianists more on a regular basis, their wishlists for repertoire became more known to me. I struggled with my own list of things I still wanted to sink my teeth into too. Then reality would set in. Did I have time for this? I teach 30-40 hours a week and that doesn’t count the administrative work to run the studio. I also have three kids, two of whom are still very young at 4 and 6. There are still 24 hours in a day right? But that thirst for new repertoire never dies, does it? Remember the absolute thrill you got hearing you were going on to a new piece when you were studying violin?

Sometimes artistic growth depends on new repertoire. You are bound to come across fresh phrases and opportunities to expand your ears…. There was also the realization that at this point, my career is where it was meant to be. I am not in my twenties anymore competing internationally, or building connections with management to play with more “A” orchestras in hopes of a broader solo career. I love my teaching studio, my family, and my occasional jaunt on stage. So there isn’t as much to risk in learning something new and (GASP) making a few mistakes in public along the way. And there is so much to gain in joy and satisfaction playing beautiful music on stage.

So I started accepting more requests to learn a new sonata or concerto to perform. I was immediately happier. Sure, I was pressed for time but my brain was vibrating in a way I had missed. And I noticed something else. I was relating to my students differently. It hit me that THEY were learning things for the first time too. So that feeling of things being fresh or building the muscle memory from scratch, analyzing new patterns – we were on the same wavelength. I had a bit more patience with them and there were more ideas at my fingertips for helping them get through these first stages of learning on something. The difference in my teaching for these students was palpable. And now I have a broader repertoire to extend to them as well. What a nice surprise!

As far as the performances went, I can safely say they went pretty well. A few times I really surprised myself and had terrific first times on stage. For the concerti (three new ones performed with orchestra in the past three years: Prokofiev No. 1, Korngold, and Dvorak!) I did myself a favor and went to more orchestra rehearsals. This helped tremendously and the orchestras were happy to have me more often. For a standard concerto I am performing on review, one to two rehearsals would be enough but for these newer concerti I gave four. I also was careful to schedule a session with the conductor with a pianist so they could hear my tempi in advance. Every little bit helped. For sonata and recital literature, I upped my rehearsals there too and benefited.

One unexpected bonus of this was working with adult musicians more often. Sounds silly but I work with kids every day. There is a definitely different feeling to making music with other professional musicians. And adding rehearsals made that happen for me. It reminded me of the collaborative joy of being in my conservatory days and doing more chamber music. Endorphins firing all over the place and a sense of community at work with people I respect and can relate to musically.

I hope by writing this blog I have encouraged other teachers and performers like myself to keep learning new repertoire no matter how challenging it appears. Even a shorter piece learned in depth has been so satisfying for me in this stage of my life and career. It has been a true blessing for me in my life and as I head into my second performance of the Korngold next week, I am so grateful I said yes to it last year. For the record, I almost said no!