May 26, 2019, 3:29 AM · For just over a decade, the Storioni Trio has offered a wide range of chamber music possibilities, offering the fruits of their discoveries to enthusiastic crowds in the southern Dutch city of Eindhoven. Music aficionados knew that to attend the Storioni Festival is synonymous with making lifelong friendships. The gift the Storioni Festival offers is simple: pure musical delight.

The eleventh edition of the festival was no exception treating the public to international classic hits, hidden treasures and brand new works. Emblematic to the three members of the trio, violinist Wouter Vossen, cellist (and brother) Marc Vossen and pianist Bart van de Roer is a sense of fun and the desire to turn a concert into another form of experience “sometimes a musical laboratory, sometimes pure enjoyment.” 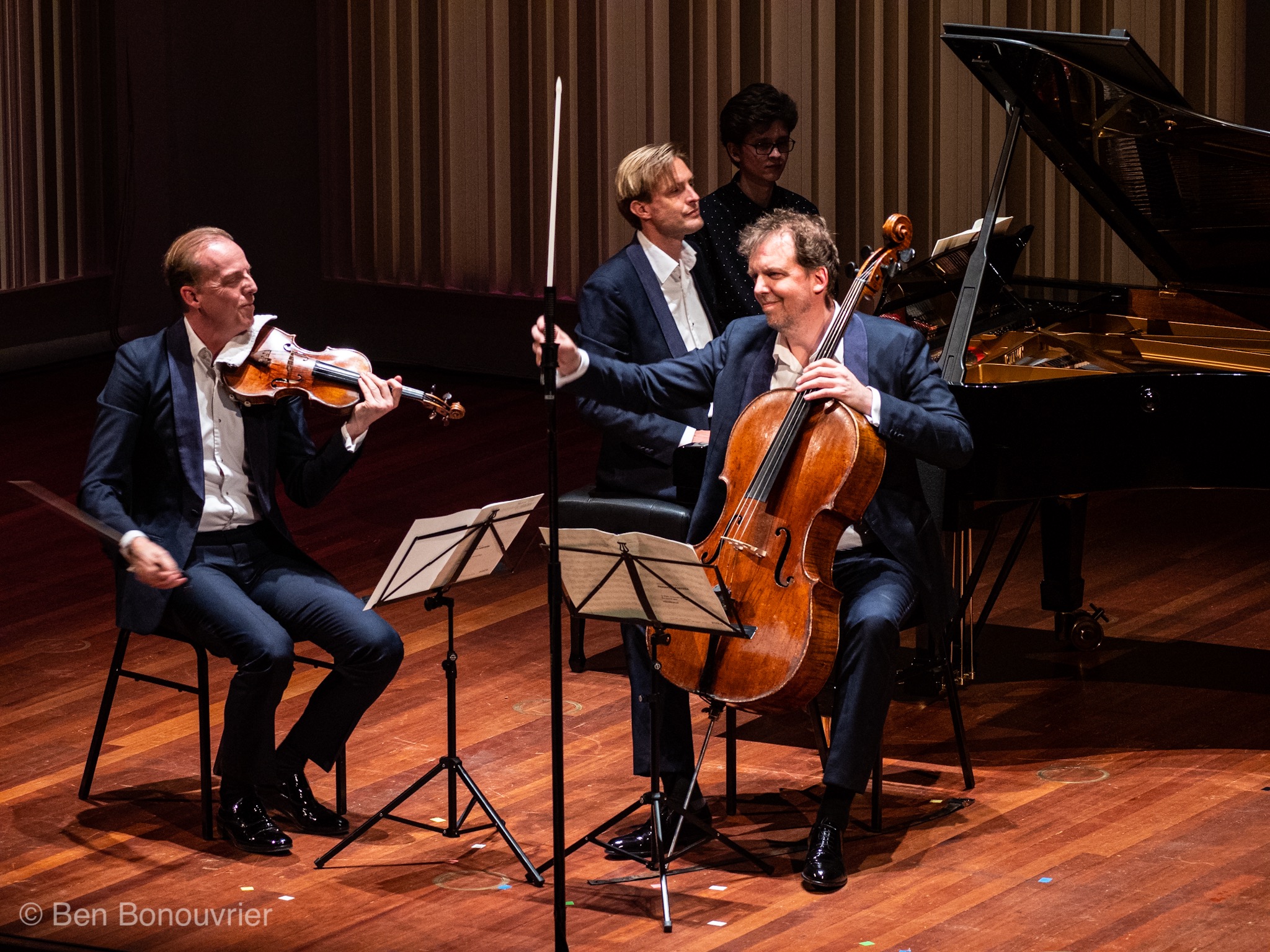 This year, moving beyond the traditional festival week-long multiple city format in winter, the Storioni’s opted for a ‘springfest’ in which a veritable cornucopia of offerings filled four days. Built around the a successful formula bookended by an innovative opening concert and the Storioni Night with its premieres and surprises, the Music in the Streets brought the spirit of Storioni to the festival’s home base in Eindhoven before the sneak preview opening with concerts and musical happenings in unexpected locales.

Just when the listener might be lulled into thinking that the Storioni Festival is much ado about piano trios, the Opening Concert 2019 tantalized with Mozart’s Quintet for Winds and Kalevi Aho’s Solo V for bassoon. Amazing contributions by hornist Hervé Joulain and bassoonist Bram van Sambeek made a case for a Storioni Trio-Wind-Brass fest in the near future.

The trio’s commitment to encouraging a new generation of players came to fruition with collaborative efforts between seasoned Storioni members and young prizewinners representing various Dutch competitions. In the Opening Concert, the Oskar Back competition prizewinner violinist Nik Baer showed great delicacy of tone production in his musical contributions while Cello Biennale laureate Eline Hensels took the ‘rather safe than sorry’ approach to music-making with the greats. Pre-intermission, a deeply nostalgic mode filled the hall as the Storioni’s proved their mettle in Astor Piazzola’s medley of tangos from las quatros estaciones portenas.

If you are wondering just how a bassoon solo piece adds to a chamber music festival, cast aside all aspersions until you encounter the coloristic magic world of Bram van Sanbeek. Aho’s Solo V is an obsessional composition where repeated squawks, bleats for help and chromatic aberrations generate an ear-opening voyage into anxiety replete with a fleeting moto perpetuo.

The capstone concert closer, Dvorak’s Piano Quintet Opus 81 was the next highlight in an evening replete with musical gifts. Marc Vossen’s opening cello solo was the stuff dreams are made. Joining forces with the extraordinary Storioni’s, violist Amihai Grosz’s uncanny ability to move effortlessly from the robust to the tender added to the tonal splendor. It’s the basis blend that the Storioni’s gave to the group sound that made for additional magic: a Furiant full of verve and fire and a Dumka of lingering beauty. 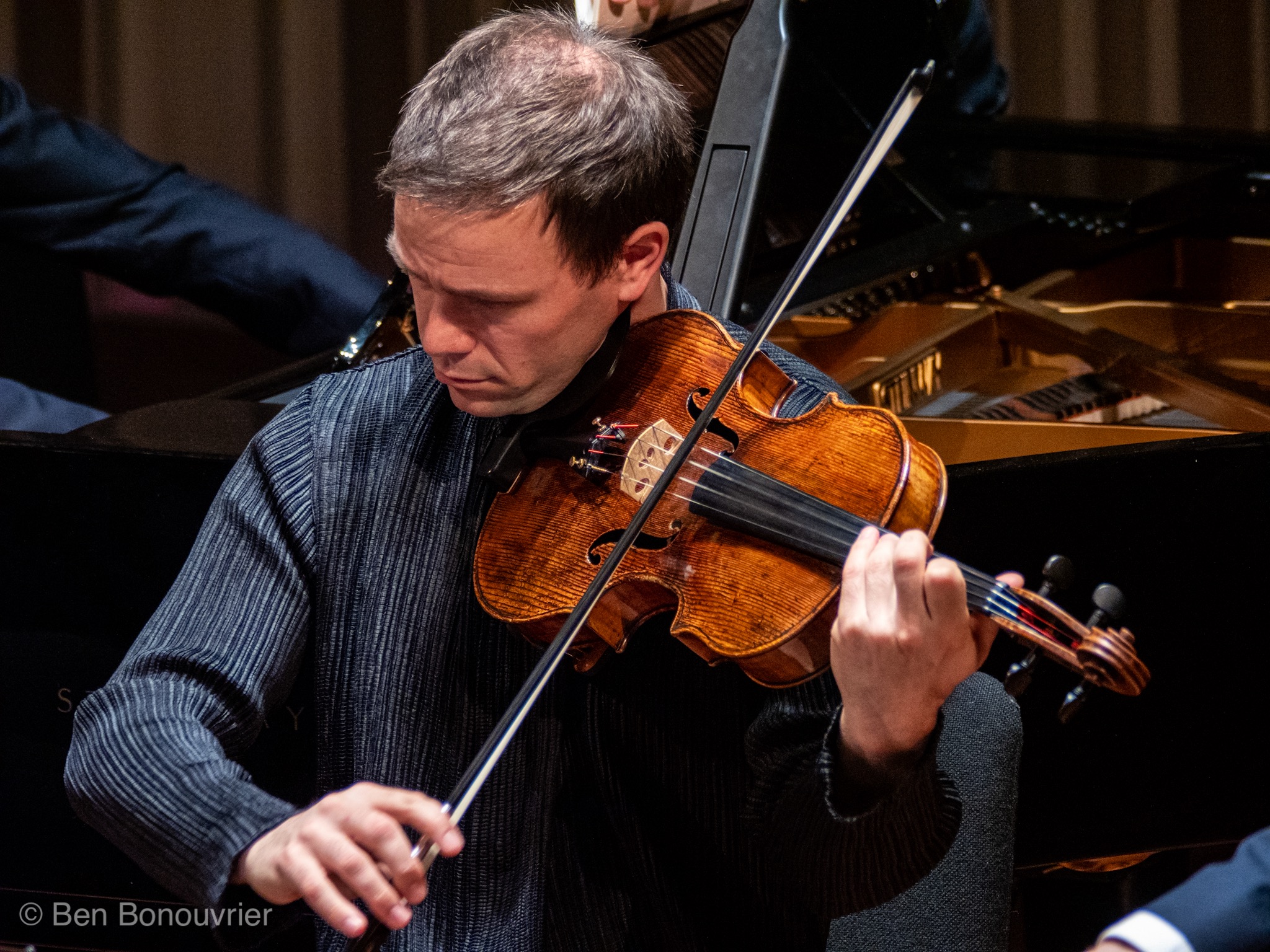 To have the creativity to bring such a varied is what makes this festival shine. Cityfest and concert treat, long live the Storioni Chamber Music Festival.