The 1919 Berkshire Festival Competition: A Momentous Weekend in the Viola's History One of many newspaper announcements for the 1919 Berkshire Festival Competition

One hundred years ago, during the weekend of August 23–24, 1919, six men gathered together in Pittsfield, Massachusetts. Their task was to select the winner of the Second Berkshire Festival Competition, devoted to compositions for viola and piano. The outcome from their deliberations was so momentous that it still resonates a century later.

The second competition had already achieved a measure of success. Seventy-two entries from at least seven countries had poured in by the deadline of July 15, 1919. After an initial review of the anonymously submitted entries, the judges declared the “average of workmanship,” to be superior to that of the first competition in 1918, which had been devoted to compositions for string quartet. Rebecca Clarke later recalled that from the original seventy-two entries, the judges narrowed the field down to ten.

Over the course of August 23–24, the violist Louis Bailly played through these works, accompanied by Carlos Salzedo on piano. Ultimately, the judges narrowed the field down to just two works: Ernest Bloch’s suite and Rebecca Clarke’s sonata (though their identities were still a mystery to the judges). Voting was by secret ballot, and when the votes were counted, the result was a tie: three in favor of one work and three in favor of the other.

We can only speculate what happened next: the judges probably chuckled and began mulling over how they were going to break the tie. They presumably listened to portions of the two works again and discussed the merits and shortcomings of each. But when they cast their votes a second time, the result was the same—a tie. 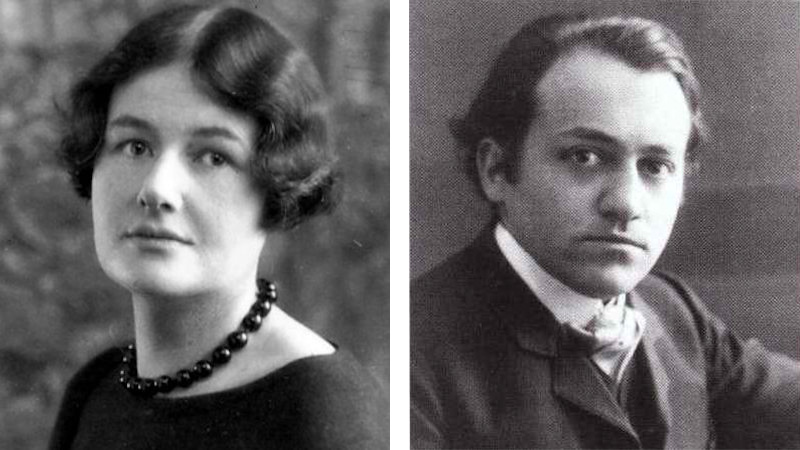 The festival’s patron, Elizabeth Sprague Coolidge, was called in to discuss the situation. Since she was unwilling to split the $1,000 prize—a tremendous sum of money at the time—she cast the tie-breaking vote, purely along “ethical and not personal lines.” When the winner was revealed, it turned out to be Ernest Bloch’s suite. The judges insisted that Coolidge also reveal the identity of the other composer, whose sonata had almost captured the prize. “And,” as Coolidge later told Rebecca Clarke, "you should have seen their faces when they saw it was by a woman!"

Still, the judges unanimously awarded Clarke’s sonata honorable mention. An interesting side note is that Coolidge originally planned only for the winning work, Bloch’s suite, to be performed at the upcoming festival, scheduled for September 25–27. But she changed her mind and programmed Clarke’s sonata as well—a decision that truly had a momentous effect on Clarke’s career and the survival of her sonata!

While some violists feel that the judges made the wrong decision (and that Clarke’s sonata deserved to win), their selection of two startling modern works from among the entries is remarkable. Indeed, the Second Berkshire Festival Competition is the only one of the six held between 1918 and 1924 to have produced winning works that have withstood the test of time.

Violists have been celebrating the centennial of the Berkshire Festival Competition all year through a variety of interesting programs, with several recitals pitting Bloch’s suite and Clarke’s sonata against one another in a rematch. And 2019 is not over yet—there is still time for you to observe the anniversary of this truly momentous occasion in the history of the viola.