To My Father, With Love

June 18, 2022, 5:36 PM · My father instilled in me that it was vital to have a purpose in life that I believed was important. He stressed the significance of living in a way that would support and contribute to the broader community. And he taught me that hard work was its own reward. 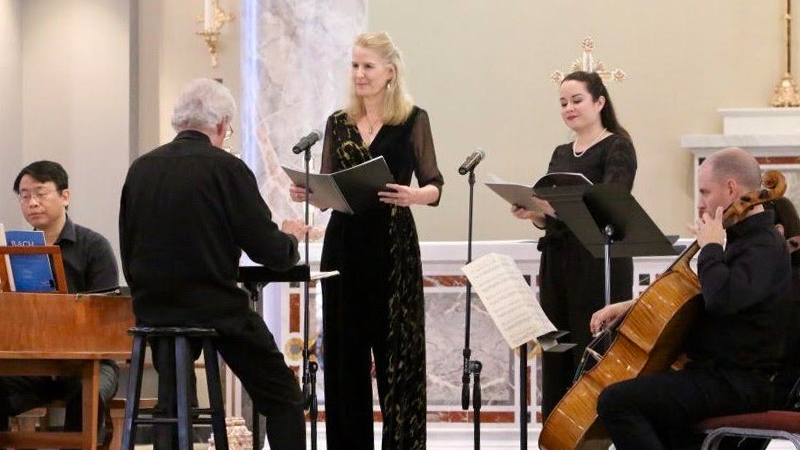 Father and daughter performing together at the Sacred Heart Cathedral in Knoxville.

When I was in my mid-twenties and first came upon George Bernard Shaw’s famous words that begin with "This is the true joy in life…", I immediately thought of my father. Now, some forty years later, I am beyond fortunate to have my father alive and well – and still inspiring me. He continues to carry the "splendid torch" that Shaw described.

This is the true joy in life, the being used for a purpose recognized by yourself as a mighty one; the being a force of nature instead of a feverish, selfish little clod of ailments and grievances complaining that the world will not devote itself to making you happy. I am of the opinion that my life belongs to the whole community, and as long as I live it is my privilege to do for it whatever I can. I want to be thoroughly used up when I die, for the harder I work the more I live. I rejoice in life for its own sake. Life is no "brief candle" for me. It is a sort of splendid torch which I have got hold of for the moment, and I want to make it burn as brightly as possible before handing it on to future generations. – George Bernard Shaw

I grew up in Greeley, Colorado, and anyone else in that community would remember my father in his many roles at the University of Northern Colorado, as Professor Emeritus and President Emeritus; and as Music Director of the Greeley Philharmonic (1970-2007). Anyone who knows my family understands that music and family come first. Everything else places a distant second, at best. Every important milestone in my life and family history was marked by music. Births, deaths, weddings, holidays – music, music, music.

Back in 2019, when I invited my father to come to Tennessee for an "all Bach" concert at the Cathedral of the Most Sacred Heart of Jesus, he showed up to conduct – at age 89 – with almost 1,000 people in the audience. We planned a follow-up concert for 2020, but the pandemic had other plans. It was not until April – at age 91 (just three months shy of his 92nd birthday) – he was able to return. And return he did, ready to conduct a group of musicians in front of a Cathedral again filled with enthusiastic listeners.

The music of Bach, Mozart, Purcell, and Handel was joyous and uplifting, as performed by the Amadeus Chamber Ensemble. The ages in the group spanned 70 years, but there seemed no difference in the energy level. While my father no longer leaps onto the podium the way he did decades ago, he still brings the same vigor and passion to the music. He remains as intellectually and musically stimulated by the intricacies of these masterpieces as ever. And he’s planning an "all Mozart" concert for September, at age 92. 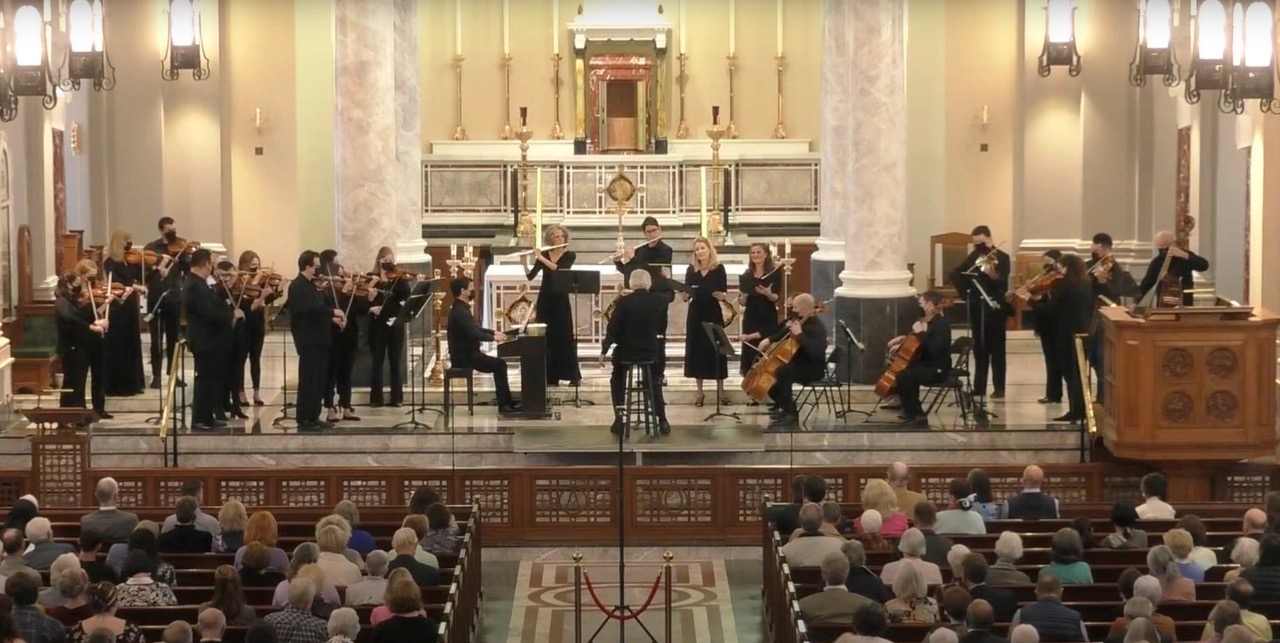 This concert was a glorious time for me. I know how blessed I am to not only still have my father, but to have him with the sharp mind and keen wit I’ve always treasured and enjoyed. Seeing him on the podium that day brought to mind more wonderful words, this time by e.e. cummings.

Miracles are to come. With you I leave a remembrance of miracles; they are somebody who can love and who shall be continually reborn, a human being; somebody who said to those near him, when his fingers would not hold a brush "tie it into my hand."

Substitute the word "baton" for "brush," and there you have my father.

June 19, 2022 at 02:40 PM · What a beautiful expression of gratitude and love for your incredible father! As a brilliant conductor, he has given bright, life-changing memories to countless musicians who have worked with him. I am personally grateful to have had the opportunity. What an inspiring man with an inspiring daughter! Happy Father’s Day!

June 19, 2022 at 08:28 PM · Possibly the most beautiful post on the site, Diana! Everything about it - the love and respect in what you write; the Shaw and ee cummings quotations (neither of which did I know), the elegant photographs with the distinguished blue of the Bach Bärenreiter edition - was a pleasure to read and behold. Thank you so much!

June 20, 2022 at 12:26 AM · My daughter's cello teacher's father is a retired professor (and director) of choral music and they have collaborated several times too.

Christina, Thank you! I'm so happy I got to meet you through our shared times in Choralfest!

Richard, That is perhaps the most beautiful comment I've ever received. Thank you so much! (And I also love the blue Bärenreiter editions!)

Paul, Familial collaborations occur, I suspect, with mixed results. For me, the collaborations with my dad were singularly positive. I hope the same is true for your daughter's cello teacher and her father. Thank you for your comment. And Happy Father's Day to you!

June 21, 2022 at 04:37 AM · Oh my! What a beautiful tribute to your father. I don't think I've met him but I certainly hope to someday. Family is a very tricky thing and you are so lucky to have that marvelous relationship with him. We are no all so lucky in our own families. And thank you for the Shaw and Cummings quotes. At this age they inspire me more than ever.