July 16, 2020, 9:40 PM · Ninety-three years. That’s how long the tradition has been in place of closing the Interlochen Arts Camp each summer with a performance of Franz Liszt’s "Les Préludes." Despite COVID-19, this year will be no exception. 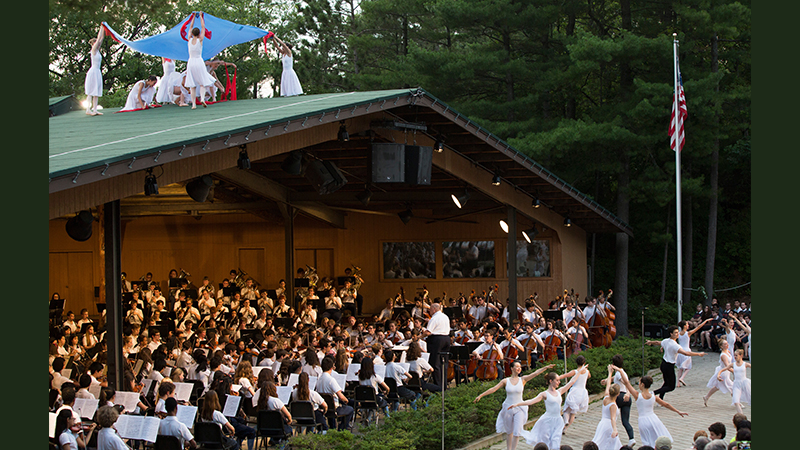 Through a massive musical and technological commitment, over 200 students will sustain this rite of passage started in 1928 by Interlochen’s founder, Dr. Joseph Maddy. In preparation for the "virtual" performance, students recorded their parts from home under the direction of Cristian Macelaru, artistic director and principal conductor of Interlochen’s World Youth Symphony Orchestra. The pre-recorded individual performances have been combined for the broadcast this Sunday — keeping the tradition alive and well.

Trey Devey, president of Interlochen Center for the Arts, stated, "'Les Préludes' holds a special place in the hearts of Interlochen alumni around the world. We are proud to uphold this cherished tradition through the passion and energy of our young artists. Their voices are needed now more than ever."

Since my husband, Brian Salesky, is an Interlochen alum (1968 and 1969), I decided to test the veracity of Mr. Devey’s assertion. I’m happy to report that Brian enthusiastically agrees. He was able to recount this magnificent tradition in great detail, including the positioning of the musicians and singers on the stage, and the dancers who moved through the aisles and upon the roof of the open-air Interlochen Bowl. 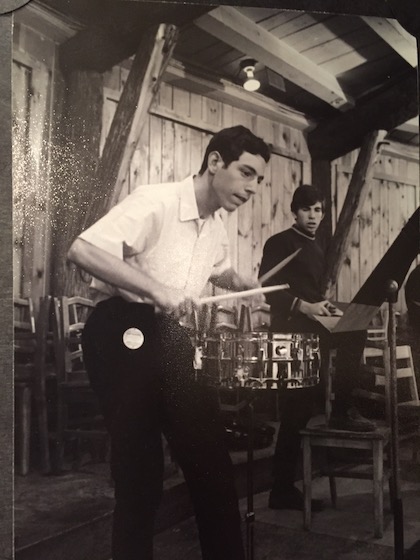 As he told me, "If you returned to Interlochen, it was something you looked forward to all summer." In Brian’s day, every concert at Interlochen concluded with Howard Hanson’s "The Interlochen Theme." (Another decades-long tradition that will continue this year.) His remembrance is that the concertmaster always conducted this piece on the final night. In his day, that was none other than Ida Kavafian in 1968 and Guillermo Figueroa in 1969.

We can all participate in this wonderful moment in history. Tune in Sunday, July 19 at 7:00 p.m. EDT on the Interlochen site or on Facebook. (The performance will be available to watch on demand.)

July 17, 2020 at 10:41 AM · What a treasured picture of Brian! I’m so glad Interlochen can keep this beautiful tradition alive during Covid. ~Christina

July 17, 2020 at 06:01 PM · How wonderful that we have the technology to continue this tradition! Les Preludes is one of the many marvelous memories I have of playing in the orchestra in high school. I will tune in this Sunday to hear this. Thanks for letting us know! And I love the photo of Brian!

July 17, 2020 at 11:09 PM · Fantastic initiative to keep this going even in these times. With so many wonderful memories from many summers spent there, I'm looking forward to this. Thanks for sharing!

Joe: I plan to tune in as well. It's so important that we somehow keep traditions alive midst this craziness. (It is a good photo of Brian.)

Carol: So you're an alum! Great! Enjoy! (Were you with me in Susannah's practice camp this week?)

July 18, 2020 at 12:07 AM · Yes, I was in Susannah's class. I thought you looked familiar! I was at Interlochen when Brian was as well - Intermediate and High School division - he looks so focused in the picture!

July 20, 2020 at 10:08 PM · Interlochen sounds like such a wonderful experience. I am very glad that they are able to keep the traditions alive. And I love the picture of Brian!

Teresa: It's a lovely tradition and a wonderful photo!