April 27, 2020, 1:39 PM · Carl Flesch is said to have called him "my most gifted pupil." Fritz Kreisler is quoted as saying that "a fiddler like Menuhin is born every 100 years, one like Hassid every 200 years." Samuel Lipman, pianist and music critic, called Hassid "the violinist of the age," writing that "on the overpowering evidence of his few records, it is difficult to avoid the conclusion that Josef Hassid was the greatest violinist of whose playing we can have any firm knowledge." 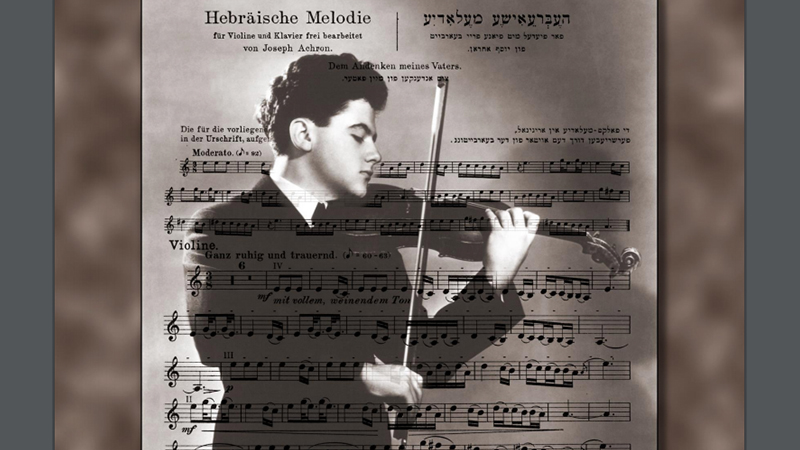 Josef Hassid (1922-1950) was a fleeting violin child protege and genius, whose career ended in 1941 when he was just 18, due to schizophrenia. He died in 1950 from complications of brain surgery -- a failed attempt to cure him.

I wish to call attention to my new intimate biography of Hassid, entitled "Yosi: The Life and Times of Josef Hassid." It is a complimentary ebook with interactive links. Please click here to read it: josefhassid.com.

Josef was my cousin, six years years older than me. I never met him; he lived in Poland and London, and I lived (and live) in the United States. But I followed his life since 1940, when I was age 12, and met many principals in his life over the years since his death.

The book first describes his early childhood in the shtetl of Suwalk, Poland. It then moves on to his years in Warsaw with private instruction; followed by attendance at the State Conservatory of Music. At age 13 he competed at the first Wieniawski International Violin Competition - among his competitors was the 27-year-old David Oistrakh. The book also describes his life in the Warsaw ghetto.

The book documents Hassid's studies in Belgium and London with the famous Carl Flesch, as well as all of Hassid's professional performances, in a career which lasted but 11 months. His iconic recordings at Abbey Road Studios total less than 29 minutes.

It also describes Hassid's experiences during the Blitz of London during World War II, as well as his thwarted love affair - after which his schizophrenia became evident, He continued to concertize but was institutionalized for the last nine years of his life.

Also included are contemporaneous history, including Flesch’s elusive flight through wartime Germany (Flesch was Jewish); the near concordance of Josef’s initial recordings with the British War cabinet’s consideration of whether to negotiate with Hitler or continue the war; and the history of Hebrew Melody.

Josef’s complete recordings can be heard on YouTube. Periodic biographies to this day, 80 years later, appear in music publications and may be found on Wikipedia. Key information, however, is too often erroneous or lacking. The biography was inspired by the desire to be worthy of Josef and in gratitude to the many, including principals in his life, who welcomed this endeavor. I hope you enjoy it!

April 27, 2020 at 08:12 PM · Mr. Spear: I was tremendously moved by Hassid's performance of the "Hebrew Melody" and I greatly look forward to reading your book. Thank you for documenting his short life and making your book available to us. I'm certain it is worthy of your "Yosi."

April 27, 2020 at 11:36 PM · Gorgeous playing. He was just on the cusp of really nailing everything-- combining much of what we revere about Heifetz with many of the traits of Kreisler.

Thank you. I listened to Hassid's recording of the Hebrew Melody that is linked to your post and found his recording of Tchaikovsky's Sourvenir d'un lieu cher Op. 42 on Youtube. His tone was so beautiful and he was so expressive. He was an incredible violinist.

I also read your book. It is a wonderful homage to Josef Hassid. You have ensured that he won't be forgotten. It also provides insightful and historic information about his teacher, Carl Flesch, and that too is appreciated.

What a beautiful book and a great contribution to the violin loving world. This was clearly written as a labor of love, but I would love to buy a hard copy if you care to make one available.

Your cousin was one of a kind, not once in 200 years. May he rest in peace.

May 1, 2020 at 11:55 PM · You are to be congratulated for compiling this remarkable and moving biography, and for making it readily available. Thank you for your painstaking efforts in documenting this important piece of violin history.

I have enjoyed your past postings, especially of Ruggiero Rocci GSS