What Does a Beta-Blocker Actually Do?

September 9, 2014, 1:00 PM · So in the last few weeks, I've been busy (and stressed, too!), but I've been thinking about stage fright, sympathetic response of the nervous system, and why things happen to us when we're nervous. Most musicians will at some point run into beta blockers as an antidote to stage fright- whether a colleague uses them or even a teacher, by adulthood, we have encountered someone who uses them for something not related to its initial prescriptive purpose. (Musicians are certainly not the only folks who use these-actors, presenters, etc., have been known to use them as well).

Whether or not you take them, it's useful to know what the heck is going on if one does take them. 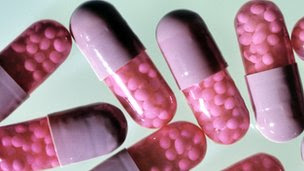 First of all, a beta blocker is typically prescribed for folks with heart issues, arrythmia, and who need to lower their standing heart rate. It tackles the beta-receptors of the smooth muscles of the heart, kidneys, and sympathetic nervous system to prevent norepinephrine and epinephrine (adrenaline) from attaching to beta receptors, which ultimately encourages blood flow (as opposed to restricting vessels) and reduces overall heart rate. If that language didn't make things clear, let me simplify. Beta Blockers reduce overall heart rate and prevent adrenaline from playing its role in sympathetic response, AKA fight or flight. That means it reduces the physiological symptoms of the sympathetic nervous system, which affects breathing, fine muscle control, tremors, etc. While this may sound like a wonder-drug, there are a few things to consider:

I leave the decisions with you, but notice if beta blockers become a crutch. Do you need them for every performance opportunity? Do you find yourself using them for rehearsals as opposed to concerts or auditions? (And if you're not a BB user, that's great too.)

September 9, 2014 at 11:38 PM · "Beta Blockers only target the symptoms of panic, but don't address any of the psychological/somatic issues."

So true. This is why I feel so strongly on the subject. FWIW, I'm a non-user.

As a kid, just starting out in recitals, I felt the nerves, as I'm sure nearly all of us did at first. This was many years before I'd even heard of beta-blockers. But one thing I clearly remember is that the heightened state of nerves didn't last. Probably within less than 2 minutes, I had burnt off enough adrenaline to feel like my regular self again. When the session was over, I thought, "Hey -- that wasn't so scary after all." So I looked forward to going back at it the next time.

This is one thing I would find scary. I've known people who take beta-blockers for medical conditions. Some report side-effects like drowsiness, slowed circulation, or cold hands and feet. When I'm playing, any one of these things would be anathema -- far worse, in my book, than nerves. If beta-blockers are medically necessary -- or if the player simply can't manage the nerves any other way -- that's one thing. Otherwise, might not the cure be worse than the disease?

Implying that taking Drugs is great??????? Shocking ending to the article .

September 13, 2014 at 05:44 PM · Discussing beta-blockers with performers is loaded with judgment about one's skills and psyche. I have no opinions as to whether one should or should not take beta-blockers, and I leave that decision with a performer. I am not saying that taking drugs is great, I am merely saying that if you don't take them and you don't feel like you need them, then you've made a good choice for your body and your needs. If you do take them because you find your nerves debilitating under performance and audition stress, I am not here to judge you, and I respect your decision.